Less than 5 percent in the federal elections, flown out of the state parliaments of Saarland and North Rhine-Westphalia this year, a lousy result in Schleswig-Holstein too: The Left Party is in crisis. 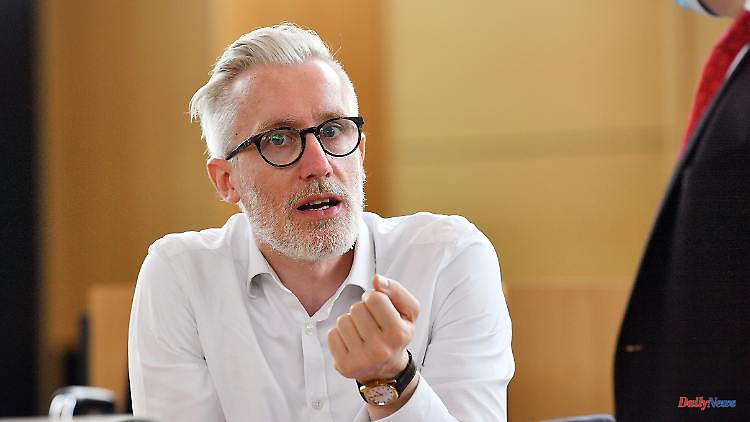 Less than 5 percent in the federal elections, flown out of the state parliaments of Saarland and North Rhine-Westphalia this year, a lousy result in Schleswig-Holstein too: The Left Party is in crisis. "The party has had difficult months, we know that we will not return to our old strength if we continue as before," says the left-wing Thuringian State Chancellery and Minister of Culture Benjamin-Immanuel Hoff in an interview with ntv.de.

Hoff welcomes the candidacy of European politician Martin Schirdewan for party chairmanship. He himself wants to appear as deputy head of the left at the party conference next month. The interview takes place in Hoff's office in the Thuringian State Representation in Berlin, in front of which the Ukrainian flag is flying. The Ramelow confidante is in favor of arms deliveries to the country invaded by Russia, but emphasizes: "I can live with representing the positions of a minority within my party."

Hoff calls for a renewal of his party. The left must decide what their majority positions are. "Then party members can still take a minority position," he says. "But the party's position is not determined by talk show appearances, but by decisions at party conferences."

ntv.de: What is the central problem of your party?

Benjamin-Immanuel Hoff: For a long time, the problem of the left was that plurality was understood as the possibility of representing every position equally to the outside world. As a result, it is no longer clear what is a remote minority position and what is the majority position. In terms of content, the left has three core questions that it has been discussing for more than twenty years and must finally answer.

These are points that have occupied the left for more than a hundred years. First, the question of the right left-wing formation policy. Can the left get involved with the state by co-governing?

Your answer to that is yes.

As Minister of Culture, I say: you play an instrument with all the keys or strings. We must be able to serve the entire range, from extra-parliamentary opposition to parliamentary opposition to tolerating a government or actively helping to shape a government - whether as a small coalition partner or as the strongest party that provides the prime minister, as in Thuringia .

The second topic is probably NATO.

It is our relationship with international organizations such as NATO and the European Union. One of the most exciting debates we had within the party was the question before the last European election campaign about our idea of ​​the EU as a true union of solidarity. We must conduct this debate with an attitude that makes it clear that there is much to criticize about the EU, but which is at the same time pro-European.

... is foreign and security policy. We have a parliamentary army, we have citizens in uniform who are entitled to adequate equipment. Unlike the federal government, however, I would say that the Bundeswehr has not been cut short because there has been more money for the Bundeswehr since 2014. But we have a significant misallocation of funds, which is a euphemism for poor management by the Union-led Department of Defense for years. We have to talk about that, also about our relationship to missions abroad: can we, as leftists, say in a situation in which the rescue of people from Afghanistan is at stake, that we are against this Bundeswehr mission? The Greens had a peace and security policy commission on this issue from 2006 to 2008, and the SPD set up a commission to develop a new form of detente policy. I have suggested that we set up a peace and security commission to work on such issues.

Is Russia suitable as a fixed point for a left-wing party?

What do you personally think about arms deliveries to Ukraine?

Article 51 of the UN Charter gives all countries the right to self-defence. That's what Ukraine claims. Emergency aid is part of self-defence, and part of this emergency aid is that Ukraine must be able to defend itself. It has to be able to do this because it is not the law of the strongest that must apply, but the strength of the law. It is Russia violating the UN Charter. In my view, this creates an obligation on the part of Germany to provide emergency aid to Ukraine.

Can you imagine that this position will ever gain a majority in your party?

I can live with representing a minority position within my party. In the end, it will be about us on the left not accusing each other of betrayal, but prioritizing commonalities and being willing to endure contradictions. And I can tell you quite clearly: the question of arms deliveries does not answer the question we are also facing, namely what a new policy of disarmament and detente should look like. Incidentally, it is also a violation of international law that NATO member Turkey is flying attacks against the Kurds in northern Iraq in the wake of the Ukraine war.

For the party conference in Erfurt, you wrote an alternative to the leading motion of the Left Party. The usual procedure would have been amendments. What is so bad about the lead motion that it needs to be replaced entirely?

I don't want to talk about whether something is bad. The party has had a difficult few months, we know that if we carry on as we have been, we will not return to our old strength. But we want to get stronger again. So we need to clarify a few things. From my point of view, a number of questions that needed to be clarified were not included in the leading motion of the party executive. I was faced with the decision whether to try to achieve formula compromises through amendments or to provide the congress with an alternative option. For my alternative application, which I developed with a number of comrades, I get confirmation from various state associations that being able to choose between two options is seen as a gain.

Isn't it to be understood as a motion of no confidence in the party executive if you reject the entire lead motion?

I do not think so. Not in a party that feels like arguing as a constructive debate.

What does Prime Minister Bodo Ramelow say about your application?

The cooperation between my prime minister and myself is so close and so good that such political interventions cannot take place without mutual agreement.

In your opinion, with which personnel should the Left find its way back to its old strength?

Janine Wissler has announced that she will again serve as Chair. Martin Schirdewan, our leader of the Left Group in the European Parliament, has announced his candidacy, which I very much welcome. The European Left Group is very plural and his experience will be of great use to us.

Don't want to run for office yourself?

I have offered Martin Schirdewan to be part of the team if he runs for deputy chairman, if the party congress agrees.

How do you want to solve the balancing act that left-wing parties inevitably face - between climate protection and the classic industrial workforce, between academics and Hartz IV recipients, between internationalists and left-wingers who have or fuel fears of foreign infiltration?

My yoga app shows me that thousands in Germany are now trying to do the splits. But sometimes you find that doing the splits becomes too painful. Then you should choose a more favorable position. In my view, the party must clarify what plurality means. She must decide what her majority position is. Then party members can still take a minority position. But the party's position is not determined by talk show appearances, but by decisions at party conferences.

You want to ban party friends from going on talk shows?

I don't ban anyone from going on talk shows. The claim of leadership in a party - leadership from above as well as from below - is that it is made clear what this party stands for, what majority and what minority positions are. I no longer want Die Linke to be permanently defined by minority positions. I want us to be visible as a socialist justice party. 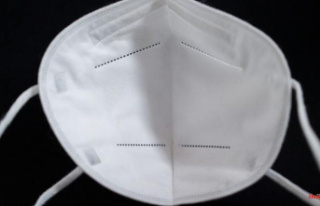