Interview with Frank Sauer: "A ricochet is not an armed attack"

The report of the rocket hitting NATO territory last night raised fears of an escalation of the war. 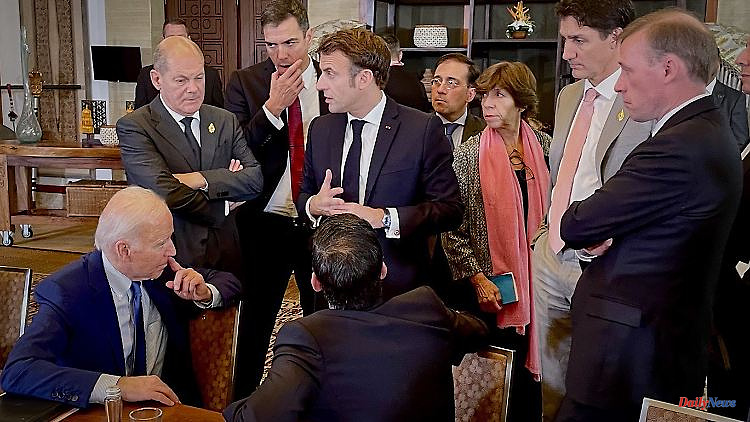 The report of the rocket hitting NATO territory last night raised fears of an escalation of the war. Security expert Frank Sauer from the Bundeswehr University in Munich gives the all-clear in an interview with ntv.de. In Article 5, NATO has incorporated many processes that are intended to prevent a spiral of violence.

ntv: The public reactions to the rocket impact - from Warsaw, Brussels, from Bali didn't exactly sound like gasping.

Does that speak for NATO's general level-headedness, or was it almost certain last night that the missile didn't come from Russia?

I think Poland set the tone very early on, in that the government was very cautious about the incident. The partners could understand this as a clear indicator to do the same. In general, however, I believe that NATO is clearly behaving. From the outset, escalation control and avoidance of escalation can be recognized as important or even as the central maxim.

Lviv was under heavy fire yesterday and will probably remain so as a logistical hub from western Ukraine to the east. At the same time, the city is only a good 50 kilometers from the border. Does Poland have to fear that yesterday's accident won't be the only one?

We had to reckon with that since February 24th. That was one of the points that went down very much last night: this incident wasn't that unusual and new. In March, rockets aimed at Lviv landed 20 kilometers from the Polish-Ukrainian border. Those were actually Russian missiles. A Russian missile has already landed in Moldova. This also shows that it is actually an accident and not some form of armed attack, which then leads to Article 5...

... the alliance case, which obliges the NATO partners to provide military assistance.

If Russia keeps up this intense shelling, we have to expect things like this to happen. In my opinion, yesterday's case paved the way for dealing with such accidents in the future. Strengthening Polish anti-aircraft defenses on the border with Ukraine could be part of this, within a NATO framework. But the next 48 hours will show whether and how it moves in such a direction.

If we allow ourselves to play with the idea that a Russian ricochet could actually claim fatalities in the next few months, how would NATO react appropriately?

I can give the all-clear for everyone who thought yesterday that the Third World War was about to break out because NATO can't help but... - Luckily it doesn't work that way.

That is very gratifying. How does it work instead?

A ricochet is not an armed attack. It is defined as the systematic and sustained use of armed force against a NATO member state. If a missile accidentally hits NATO territory, that - despite all the tragedy for possible victims - does not yet constitute an armed attack that would justify pulling Article 5. If an incident like yesterday happened again, and if it were demonstrably a Russian cruise missile, then we would certainly only be on the threshold of Article 4 in such a case.

Article 4 stipulates that the NATO member concerned informs partners about the incident and that official consultations are held.

This is a very softly worded article that raises the exchange between NATO partners, which takes place around such events anyway, to an official level. But there are no inevitable actions that would have an escalating effect. And even in the case of a development in which Article 5 would be applied, no one presses a button, but a political process also begins.

But not in the form of a domino route, where one stone topples the next?

Exactly. These are not automatisms, but purely political processes that are characterized by prudence and consideration - consensus decisions in the NATO Council, different interpretations of the member states, even the Security Council would possibly deal with the problem if military force were really the last option .

And these processes are not mutually dependent.

Not in the sense that one thing automatically follows the other and escalation is the result. On the contrary. These processes ensure that you don't accidentally stumble into an escalation. They were set up precisely to protect NATO from an unwanted escalation.

1 World Cup driver in the individual review: A striker... 2 Offered by the referee: Ball of the "Hand of... 3 Does Hollywood star date 29-year-olds ?: Brad Pitt... 4 North Rhine-Westphalia: Driver trapped on A33 and... 5 Hesse: Minister: Discussion on the future of the university... 6 Indices in the red: Wall Street lacks the impetus 7 Tournament knockout with top performance: Germany... 8 Testicular cancer not yet defeated: BVB striker Haller... 9 Talk show icon seriously injured: Jay Leno needs skin... 10 Posing as a US company: Russian software company leaves... 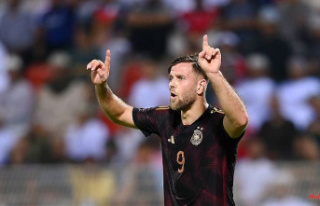 World Cup driver in the individual review: A striker...