Interview with Gustav Gressel: "That's why Russia must lose this war"

Not only Germany, but the entire West must now "turn every stone and see what can be done so that Ukraine wins this war," demands military expert Gustav Gressel in an interview with ntv. 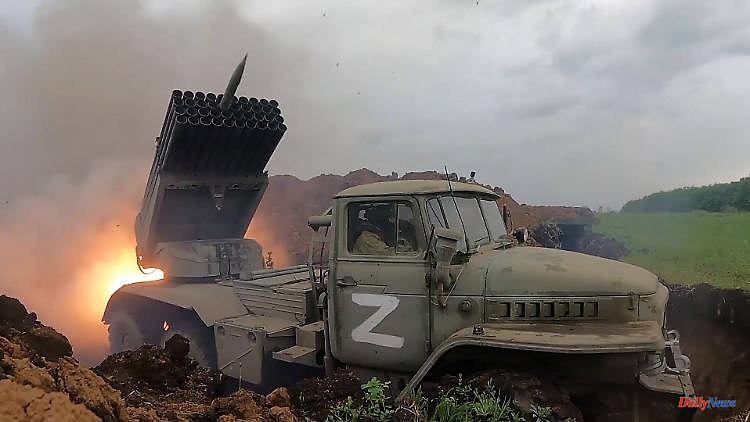 Not only Germany, but the entire West must now "turn every stone and see what can be done so that Ukraine wins this war," demands military expert Gustav Gressel in an interview with ntv.de. Gressel thinks the idea of ​​offering Putin a "face-saving solution" is absurd. "If we do that, we will show Putin that we are afraid of him, that violence and intimidation lead to success, that we want to avoid and always submit to violence." Because Russia is not only concerned with Ukraine: the aim of the Russian ruler is to have military superiority over Europe."

ntv.de: According to Russian information on Wednesday, Ukraine has lost more than 480 soldiers in 24 hours, 300 soldiers alone in fighting for the city of Sviatohirsk in the Donbas pocket. How much longer can Ukraine hold out this war?

Gustav Gressel: That depends to an ever greater extent on the West, at least as far as the material is concerned. The Ukrainian armaments industry has been largely destroyed. Heavy weapons and ammunition can only come from the West. The Balts, Poland and the Czech Republic are surpassing themselves when it comes to arms deliveries, but otherwise there is still too much restraint. The fact that the states most likely to be hit by Russian "retaliation" deliver the most shows that fears in the West are completely unfounded.

During his visit to Lithuania, Chancellor Scholz said that Germany was one of Ukraine's "most important military supporters". Is that correct?

That's partly true: Germany supplies a lot of equipment, or has promised a lot. However, Germany is also measured by what it could deliver as the economically strongest EU state, and there is still room for improvement. The commitment to supply the German IRIS-T air defense system was an important step in the right direction, and I am glad that the German government is leading the way and not lagging behind. But that's not all. You could have saved yourself the ring exchange with Greece, the marten would be better off in the Ukraine. We in the West, not just Germany, everyone, must now turn every stone and see what can be done to help Ukraine win this war.

Does the West have to give Putin a "face-saving way out" to make an end to the war more likely?

no On the contrary. If we do that, we will show Putin that we are afraid of him, that violence and intimidation lead to success, that we want to avoid and always submit to violence. Then it gets worse. If we remain firm, if the war ends in defeat for Russia, if defeat is clear and internally painful, then next time he will think twice about invading a country. That is why Russia must lose this war.

How likely do you think the scenario of a Third World War is?

If Russia wins this war, there will be one. But they haven't won yet.

Why don't you think Putin would be happy with Ukraine? Together with Belarus, he would have at least united the "triune Russian people".

Putin sees the "unification" only as a way to achieve the goal: to bring Russia through the 21st century as a great power. In his view, Russia needs more human material for this. Hence the separation of Ukrainian children from their families and adoption for Russification, the deportation of Ukrainians to Russia. It's all a means to an end.

Let's remember his demands of December 17, 2021: de facto dismantling NATO's eastward expansion, making half of Europe indefensible and giving the West a political ban on the "Russian sphere". Then the real goal of Russian foreign policy shone through: to be the dominant power in Europe and to command Europe by virtue of military superiority. That is the ultimate goal, in order to achieve this Russia must "grow" with Belarus and Ukraine. But it doesn't stop there.

What consequences would a Republican victory in the US congressional elections in November have for the western position towards Russia?

Republicans are not united behind Putin - even those who sympathize with Trump are divided on that. Majorities will be found for arms deliveries even after a Republican election victory. But it would drain a lot of valuable political energy into US domestic politics to somehow salvage President Biden's health care, infrastructure and energy reforms. And political energy is not an infinite commodity, you can put it in one thing or the other.

The Baltic states have called for Ukraine to be granted EU candidate status as soon as possible. How fast do you think this should go?

The question is whether the option of Ukraine joining the EU will be answered technically or politically. Of course, Ukraine needs reforms. But I also see how the war is changing the country, how the local administration is suddenly becoming an important pillar, how mayors are becoming central actors, how institutions that were previously viewed more critically, such as public prosecutors or the domestic secret service, are now working efficiently. The country that comes out of this war will not be the same as we knew before the war. One should not underestimate how quickly Ukraine will bring about reforms once the war is over. Because only then, after the war, can there be accession to the EU. 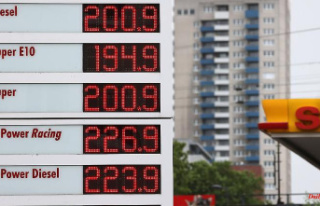