Interview with political scientist: "Putin can sell the Russians everything possible"

In Germany, Chancellor Scholz has been criticized for being too hesitant to help Ukraine. 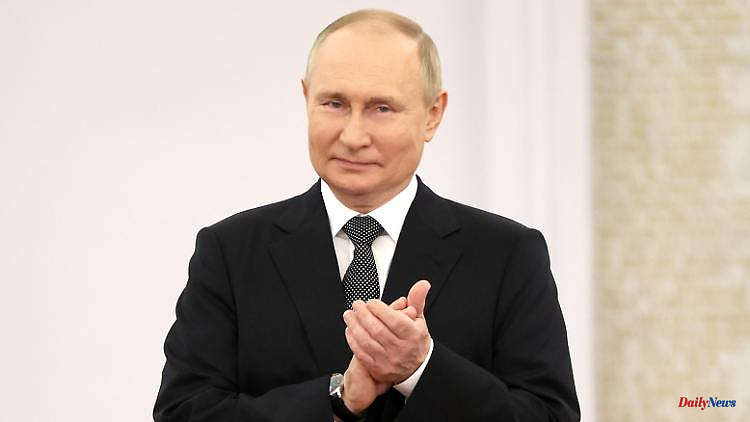 In Germany, Chancellor Scholz has been criticized for being too hesitant to help Ukraine. Meanwhile, Zelenskyi promises to recapture Crimea. The British political scientist Snetkov from London University College shows understanding for both.

ntv.de: Ukrainian President Volodymyr Zelenskyj now says he wants to reconquer all of Ukraine - while the Russians are advancing every day. Has he lost touch with reality?

That's a legitimate position. And it's up to the Ukrainians to decide. The only question is how a recapture should succeed. Because as things stand, the Russians will never give back Crimea, at least not for the next three years. For the Russians, Crimea is now fully part of Russia. Before 2014 it was different. Almost nobody in Russia was interested in Crimea. Putin created it as a myth to boost his popularity after the 2012 protests. True, he has an amazing ability to sell anything to the Russian public. But I don't think he could justify losing Crimea. You could, of course, agree on a ceasefire, start negotiations and leave the question open for the time being. There are many such territorial disputes where negotiations are frozen and both sides are making demands. That can take decades. I don't rule that out.

Why is Selenskyj saying this now, in this difficult phase of the war?

He wants to present himself as a leader representing the Ukrainian people. And he wants to shape the narrative. Selenskyj has been incredibly good at this in recent months. He managed to make headlines and keep Ukraine in the news. He needs to get the world's attention and convey to the Ukrainian people that he won't give up. It gets harder the longer the war lasts. Because at some point the international media will turn to other topics again. He wants to make it clear that the war can be won and that further support from the West is necessary. His message is: Don't forget us, keep supporting us! Because that is a very crucial concern: that the world's attention is waning. Just like in 2014. At that time the war continued, but hardly anyone was interested in it anymore. Selenskyj must continue to make headlines. Here in Britain, for example, the war is no longer top news. The most important issue now is the economic crisis and inflation.

Where are we in this war? Is Russia winning right now?

We're not talking about winning or losing right now. The question now is who will manage to secure supplies over the coming months and to what extent the war will last. The Russians are focused on occupying the entire Donbass. I think they can go on like this for a while. After 2014, the war went on for years, even if the international media paid little attention to it.

What if the Russians themselves eventually get fed up with the war?

I think this crisis is different for Germany than for other countries. The British are on the front line because they believe they have nothing to lose no matter how the war turns out. They trade little with Russia and get little energy from there. The same applies to the USA. Germany, on the other hand, has a lot to lose. For the federal government, the question arose much earlier whether to make voters angry so soon after the election or whether to adopt a more ideological position. And she didn't make this decision lightly. But I also understand the criticism, because Germany has shown that it no longer wants to take over leadership, as it did under Merkel, for example, in the refugee crisis.

Eastern Europeans are right when they say that Germany is not doing enough and that this is unacceptable. They are also right when they say that Putin should have been stopped in 2014. Then there would have been no 2022. Then he would have learned that the West reacts when it annexes land. That's how Putin learned, the West doesn't do anything if you annex fairly large areas and also an important port.

What's the use of the phone calls with Putin?

The problem is that we still don't know how this war will end. At some point there will be negotiations. Any diplomat or military analyst will tell you that the phone line must always be kept open and diplomatic contacts are always needed. It is certainly not wrong that there are different positions in the West. Americans don't talk to Russians, but I'm sure they find it useful that some Europeans do. Individual countries can play different roles in the crisis, even if they all want the same thing.

Will the Ukrainians really decide for themselves how the war will end?

We don't know if the Americans and the British will be at the table. It is true that the Ukrainians decide in the end. But Ukraine is dependent on the West. If you ask "Can Ukraine go on with the war on its own even if the West stops its military and economic support?" the answer is "No" both times. That's why Zelenskyy has to keep the attention for the war high. Ukraine is also dependent on Western help to rebuild the entire country. It sounds so easy to say that the Ukrainians have to decide for themselves. But the reality is more complex. They need the money from the West. They need a Marshall Plan for Ukraine. But in the end, the Ukrainians have the last word. 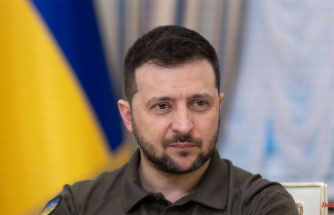 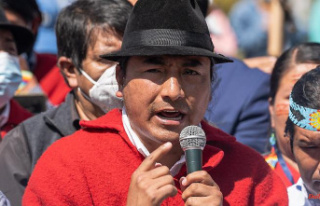