Interview with the founder of the Tafel: "The middle class is now also coming to us"

Inflation in Germany is driving more and more people into poverty. 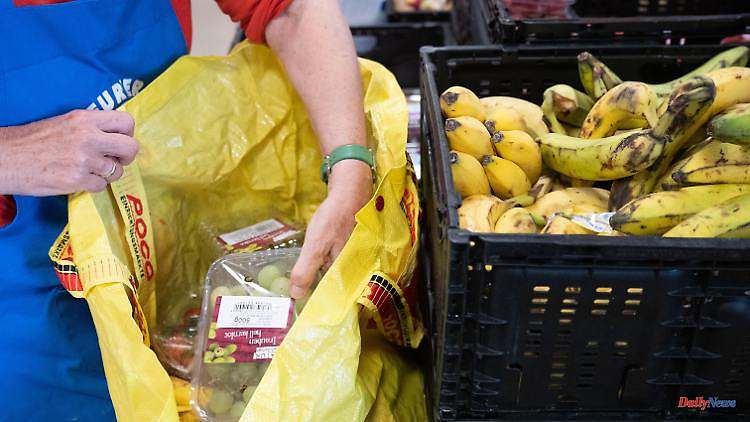 Inflation in Germany is driving more and more people into poverty. The Berliner Tafel now has to ration food, said chairwoman Sabine Werth in an interview with ntv.de. She is disappointed with the federal government's relief package.

ntv.de: First the pandemic, then the Ukraine war and now the prices are rising rapidly. How much do you feel these stacked crises?

Sabine Werth: In the last few weeks, more and more people have come to us saying: I never intended to go to the Tafel, but now I can't help it. The Corona period has meant that these people have used up all their reserves and now they are standing in front of our distribution points.

So there are also people among them who you would not consider needy?

Yes, there are many self-employed people, many from the event industry, who have had to file for bankruptcy. In our minds, that's actually the middle class. Therefore, I fear that we will still experience a huge social leak.

In many cities, the food banks have recently even had to stop admissions for new customers because the rush has become too great. Does that threaten you too?

Some of our distribution points have already had to reduce the offer. Here, customers can only pick up groceries every 14 days instead of once a week. This is how we try to avoid recording stops. But even with us, the first positions say that more is not really possible. The number of people who come has partially doubled recently.

Do people have to compromise on the amount of food they can take with them?

It has certainly become less. More people come, but more food is not there. Our employees then have to say to the customer: Unfortunately, today we don't have four apples, only two.

You have known some customers for years. You know exactly how many adults and how many children live in the household. Then it hurts our employees in the soul to have to cut back on groceries. They should actually be enough for two or three days. Suddenly they only do it for one day.

In the supermarket, however, many citizens are buying less because of the high prices. There should actually be more left over that ends up with you as a food donation.

Unfortunately, fruit and vegetables are even less. The supermarket chains are adapting quickly these days. When they notice that demand is falling, they stop ordering as much. And don't forget: many food donations are currently going to Ukraine.

The panels themselves also suffer, mainly because of the expensive energy. How difficult is the situation?

Our Sprinters all run on diesel. We use it to pick up the groceries and drive them to 47 distribution points and many social institutions throughout Berlin. So far we had fuel costs of 5000 euros a month. I assume that today we are at 8000 euros.

How do you balance that, do you get enough donations?

We exist only through membership fees and donations. That's why we're constantly busy promoting it. We are very grateful to everyone who supports us as volunteers or with money.

Politicians are trying a lot to get the social situation under control. The federal government is spending 30 billion euros on two relief packages. Will this alleviate the needs of your customers?

Just thinking about the tank discount, it's ridiculous. Anyone who comes to us does not have a car. In addition, one third are seniors. They didn't get anything either because they were forgotten about the energy flat rate. Ironically, those who are particularly affected by this crisis have nothing to do with the state's billions.

Would it help if VAT on staple foods was reduced to zero?

no It's always been like this: when we Germans save, it's on food. And if we're already saving anyway, then there's no point in eliminating VAT. This only helps those who are well off.

Another attempt: The traffic light coalition wants to get the minimum wage of 12 euros through the Bundestag this Friday, and it should come as early as October. At least that gives hope, doesn't it?

I have my doubts about that too. There will be companies that cannot do this economically. Where are they going to get the money if they can barely pay the current minimum wage?

So you fear that workers will lose their jobs because of the higher minimum wage?

I could imagine that there will be more corporate insolvencies, yes. And many people could be downgraded to mini-jobs.

But then what is the solution?

Hartz IV must be abolished, as promised in the coalition agreement. It needs to be replaced with something meaningful. And that should not be counted on the edge again, because next year you absolutely want to comply with the debt brake. The way Hartz IV has been calculated so far is far too little.

1 No heart for home office: Musk: If you don't... 2 Fines and imprisonment due: court convicts several... 3 Arrests on the Jubilee: Four men storm the parade... 4 Oil embargo at Lanz: "The sanctions are a joke" 5 Haute-Savoie. Annecy: He was drunk and urinated on... 6 North Rhine-Westphalia: A45: Demand for faster construction... 7 Mecklenburg-Western Pomerania: car crashes into police... 8 Thuringia: Sexual abuse: Judgment against teachers... 9 Bavaria: There are now six cases of monkeypox in Bavaria 10 Saxony-Anhalt: Accident with 2.23 per thousand on... 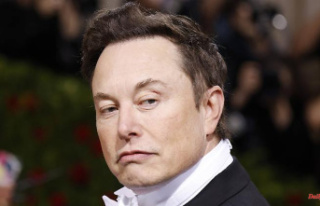 No heart for home office: Musk: If you don't...