Germany sees cities in eastern Ukraine being leveled to the ground by Kremlin troops "from a safe distance," says Foreign Minister Baerbock. 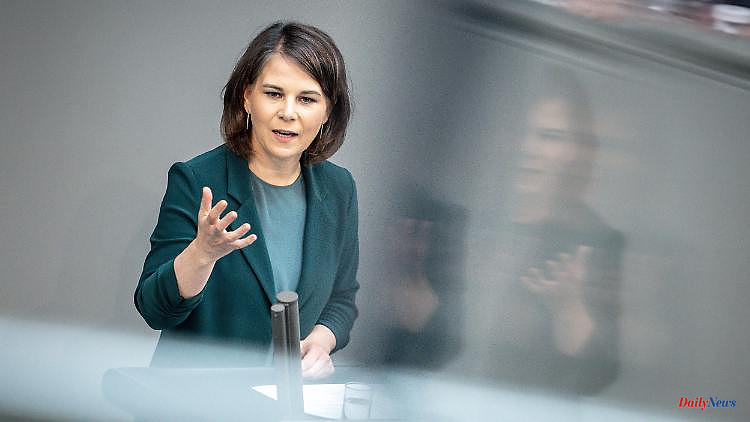 Germany sees cities in eastern Ukraine being leveled to the ground by Kremlin troops "from a safe distance," says Foreign Minister Baerbock. For effective defense, the federal government is supplying the Iris-T air defense system - but not immediately.

Federal Foreign Minister Annalena Baerbock has called for further German support for Ukraine, especially through further arms deliveries. She accused Russia of a "new wave of extermination" and a "strategy of depopulation" in view of the brutal actions in eastern Ukraine's Donbass. Therefore, there should be no looking the other way, but "we defend the people in Ukraine as we can," said Baerbock in the budget debate in the Bundestag.

With regard to arms deliveries, she referred to the delivery of the Iris-T air defense system to Ukraine announced by Chancellor Olaf Scholz. However, this will "take months," she admitted. Accordingly, the system manufactured by the Diehl armaments company should actually "go to another country". At the request of the federal government, it is now being delivered to Ukraine. As it was said from traffic light circles, it is specifically about the Iris-T-SLM air defense system. This is a ground-based anti-aircraft system that has already been delivered to Egypt.

"We're seeing in Donbass how city after city is being razed to the ground by Russian troops from a safe distance," said the Greens politician, campaigning for consistent military aid. Just "fingers crossed" is not enough here. "Germany is assuming foreign policy responsibility," the minister clarified. "Our partners can rely on us."

Military support for Ukraine must be supplemented by more humanitarian aid, Baerbock said. Therefore, the funds for this have been significantly increased in the budget of the Federal Foreign Office. However, the money should not only go to Ukraine, but also to other countries that would suffer from the consequences of the war, for example through the failure of grain deliveries. Baerbock spoke of a "grain war" that Russia is waging here. As other recipient countries, she specifically named states in the Sahel zone, Yemen and Afghanistan. She also promised Ukraine "a European perspective".

In the foreign policy debate, the CDU politician Johann Wadephul praised Baerbock for her repeatedly clear statements "also in Kyiv", but at the same time sharply attacked Chancellor Olaf Scholz. With a view to delays in the delivery of heavy weapons to Ukraine, he accused Scholz of "failing to provide assistance and violating Bundestag resolutions". Thanks to Scholz, Germany has gone from being a leading nation to "a problem child".

The FDP politician Michael Link called for clear EU accession prospects for Ukraine. Nils Schmidt from the SPD advocated that, in addition to military deterrence, "civilian crisis prevention should also be strengthened". The left and the AfD again turned against arms deliveries to Ukraine. Left-wing foreign politician Gregor Gysi sharply attacked Baerbock: "The Foreign Office could be renamed an armament, arms export and sanctions ministry," he said in the debate. "Arms deliveries to Ukraine are not in Germany's interest," said AfD politician Michael Espendiller.

1 Sanctions against Prigozhin: EU court dismisses "Putin's... 2 Lagarde prepares change of course: Why a rate hike... 3 Holidays in Sandringham: Here you can spit in the... 4 Questions in the Johnny Depp trial: Jury asks judge... 5 No pay if you refuse: Employers are allowed to order... 6 Saxony: Schauspiel Leipzig: 25 premieres in the new... 7 North Rhine-Westphalia: NRW state parliament concerned... 8 Hesse: State parliament clears the way for an immediate... 9 North Rhine-Westphalia: A4 near Cologne closed for... 10 Baden-Württemberg: 276 rector positions in the state... 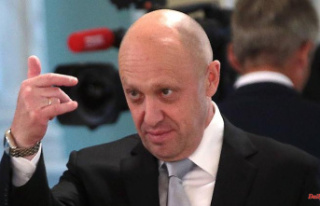