Is the Kingdom Crumbling?: What the Queen's Death Means for Britain

Shortly before the funeral of Elizabeth II, the British are still in a state of emergency. 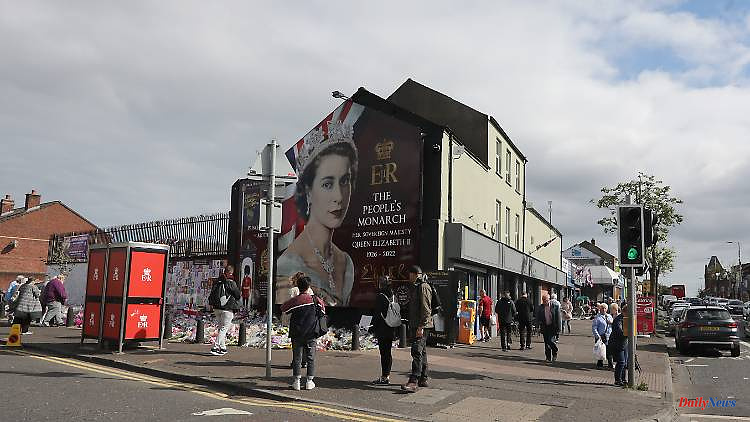 Shortly before the funeral of Elizabeth II, the British are still in a state of emergency. The death of the Queen not only causes sadness, but also fear - especially in one section of the population.

For many Britons, Queen Elizabeth II was a symbol, a glue that held the United Kingdom together. But one population group in the island state is particularly struggling with the death of the monarch: the Northern Irish. "The death of the Queen is an earthquake for Northern Ireland unionists," wrote the Dublin-based Irish Times. The Unionists represent the ideology that the north of the island should remain part of the United Kingdom.

At a time when Britain seems increasingly threatened by Brexit, Scottish independence aspirations and growing calls for Irish reunification, the Queen's death is a source of fear. "In Northern Ireland, particularly from a unionist perspective, things seem very uncertain at the moment," says Katy Hayward, professor of politics at Queen's University in Belfast. "A lot of things that you value very much seem to be changing right now."

In addition, the latest census results for Northern Ireland are expected to show a Catholic and Nationalist majority for the first time. Still, Hayward doesn't see a "massive surge" in supporters of an Irish unit and warns against the impression "that something like this is imminent". However, the fact is that the status of Northern Ireland has changed. The mere fact that people think a united Ireland is more likely "is significant".

The death of the Queen plays a major role in this. "While the Queen became very strongly associated with Christian beliefs and traditional values, Charles III was not so much the case," Hayward explains. While his appointment as king was celebrated, there is no doubt "that he is a different kind of monarch, and not necessarily in a way that unionists traditionally associate monarchy with."

The Irish relationship with Elizabeth II was complicated. For 800 years Ireland was colonized by the UK until the south of the island finally gained independence in 1921. In six counties in the north of the country, however, the queen remained the head of state. When Elizabeth II became the first monarch to visit Dublin in almost a century in 2011, Hayward said she took a "very significant step" in recognizing Irish independence. To this day, many Irish people remember the scenes of the Queen laying a wreath in honor of Irish people who had perished in the struggle for independence, and speaking a few Irish words in her speech.

"She made her way from there," says Hayward, until she even shook hands with Martin McGuinness a year later. "An even more important gesture," says the political scientist. The then leader of Sinn Féin in Northern Ireland was commander of the IRA responsible for the death of Lord Louis Mountbatten, a cousin of the Queen, in 1979. "It seems like we've fallen back a bit from that peak," says Hayward.

Maybe that's one reason why not all Irish people grieve shortly after the death of the Queen. "Personally, I don't find events like this relevant," says Andrew Debarra. The 28-year-old Dubliner has lived in Manchester for two years and sees "reigning monarchs as a monument to what's wrong in the world". While he tries to respect everyone's death, he takes offense when heads of state refer to the Queen as "Ireland's friend". In his homeland there is still an "alienating attitude" towards the North. Debarra would like to see a reunion, and with the growing popularity of Sinn Féin in the North, she thinks it's possible - albeit in a few generations.

Cahal O'Boyle, originally from Belfast but now based in Vancouver, agrees. "There is a growing nationalism across Northern Ireland, which has been exacerbated by Brexit," he says. For him, the Queen's death was "a shock". His family in Northern Ireland has a nationalist background and is not a fan of the British monarchy. "Nonetheless, we responded to the death with respect."

1 Because of corruption: EU Commission wants to cut... 2 Municipal suppliers in need: Söder and Weil are calling... 3 The SPD, the crisis and the election: "We're... 4 "Fear is spreading": More and more residential... 5 Despite the threat of recession: German industry with... 6 Trust destroyed: Because: "Nord Stream 2 will... 7 IPO on September 29: VW wants to offer Porsche shares... 8 Beijing has a chip problem: how the US wants to thwart... 9 "Not only in October": Bundesbank boss Nagel... 10 Trial begins on October 17: what Musk's dispute... 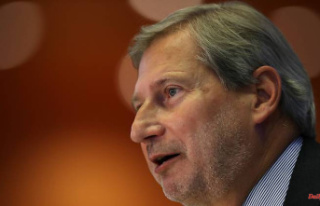 Because of corruption: EU Commission wants to cut...