ISW: No Ukrainians were killed: the Kremlin's "retaliatory strike" was apparently only invented

According to the Russian Defense Ministry, several hundred Ukrainian soldiers were killed in an air raid on two barracks in Kramatorsk. 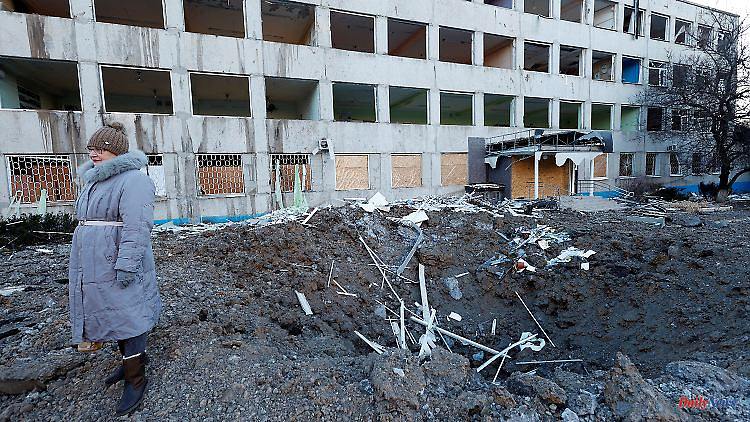 According to the Russian Defense Ministry, several hundred Ukrainian soldiers were killed in an air raid on two barracks in Kramatorsk. However, according to the "Institute for the Study of War" this is not true. Local journalists also have strong doubts about the Kremlin's portrayal.

The "retaliatory strike" reported by the Russian Defense Ministry on two barracks in Kramatorsk in eastern Ukraine, in which "more than 600 Ukrainian soldiers were killed", is false, according to analysts at the US think tank "Institute for the Study of War". A reporter from Finland visited the alleged attack site the same day and found that an empty school, not a Ukrainian base, was hit.

The Italian journalist Daniele Raineri also visited the other barracks allegedly hit and spoke of a "failure". Accordingly, the rockets missed their target and left a crater in the ground, but did not damage the surrounding buildings, he writes on Twitter. He also posted a photo of the site of the impact.

An employee of the Reuters news agency also said that there are currently no signs of high Ukrainian losses in Kramatorsk. There was damage but there were no destroyed buildings or signs of death, the Reuters reporter said.

The alleged "retaliatory strike" was a response to the attack on New Year's Eve in the small town of Makiivka in eastern Ukraine, which the Kremlin said killed 89 Russian soldiers. Ukraine even spoke of 400 soldiers killed. In Russia, the case caused criticism of its own leadership.

Donetsk Governor Pavlo Kirilenko wrote in his Telegram channel on Sunday: "After midnight the enemy launched seven rocket attacks on Kramatorsk and two on Kostyantynivka." AFP journalists in Kramatorsk reported at least four explosions that could be heard.

1 Activists stormed the concert: Reul zu Lützerath... 2 Referee pressed, red: Podolski freaks out at the indoor... 3 Let's Stay Acquaintances: How Do You End a Friendship? 4 "Target on the forehead": terror expert:... 5 Back into the fitness routine: the best tips for more... 6 Increasingly fewer small cars: Why are car manufacturers... 7 Baden-Württemberg: oven filled with ethanol: man... 8 Baden-Württemberg: Accident: Motorway 5 closed at... 9 Baden-Württemberg: In the event of a fire in an apartment... 10 North Rhine-Westphalia: possible eviction of Lützerath:... 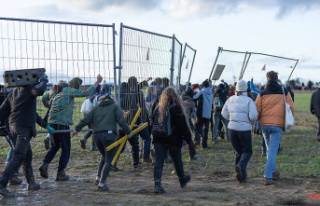