Italy's government before the end: Prime Minister Draghi before resignation 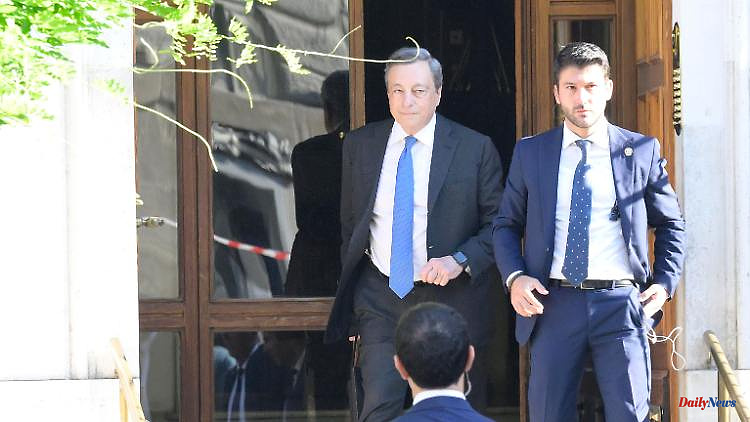 Italian Prime Minister Mario Draghi wants to talk to President Sergio Mattarella about his political intentions. He is expected to offer his resignation again. The head of state had rejected this the first time.

Italy's Prime Minister Mario Draghi is about to make another offer of resignation. "Against the background of last night's vote in the Senate, I ask that the sitting be adjourned because I will go to the President of the Republic to inform him of my decision," Draghi said in the Chamber of Deputies in Rome. It could be that he submits his resignation to Head of State Sergio Mattarella again.

Draghi did win a vote of confidence in the Senate on Wednesday, but not with the broad majority he desired because the three governing parties Lega, Forza Italia and the Five Star Movement did not vote.

The government crisis was triggered by the Five Star Movement's lack of confidence in the cabinet of the non-party ex-head of the European Central Bank. In a vote a week ago, the co-governing center-left Draghi party refused to vote because of disagreements over an aid package and the construction of a waste incineration plant in Rome it contained, thereby escalating the government crisis.

Draghi then submitted his resignation to President Mattarella. However, the latter rejected Draghi's request and instead ordered him to a debate in the Senate for today.

1 Break after the hottest day so far: First it cools... 2 Protecting the body from overheating: advantages and... 3 Dishwashers in the test: cheap devices are a good... 4 Warning money threatens: First deadline for exchanging... 5 Energy center of the e-bike: this is how the battery... 6 NASA with possible sensation: James Webb telescope... 7 Cases in Germany too: are bites from exotic poisonous... 8 "Catastrophic losses": Australians are shocked... 9 North Rhine-Westphalia: Fewer and fewer first-year... 10 Hesse: the roof of the house catches fire: five people... 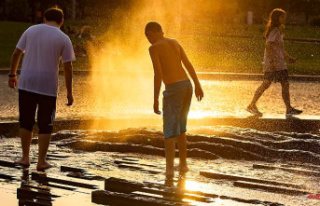 Break after the hottest day so far: First it cools...