25 years ago, the British gave their crown colony back to China - on the premise of preserving Hong Kong's freedom. 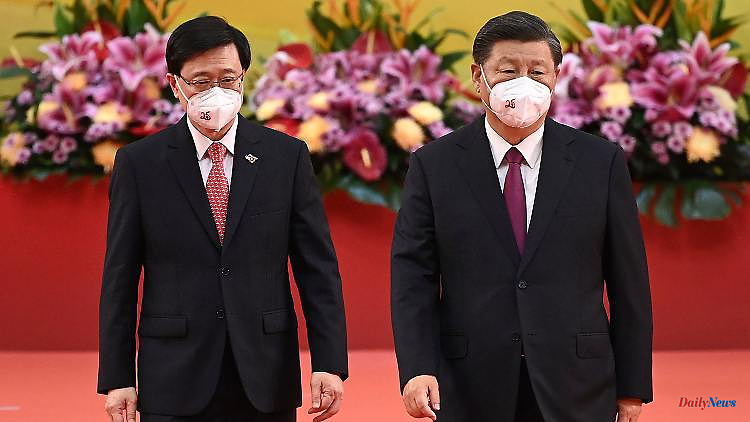 25 years ago, the British gave their crown colony back to China - on the premise of preserving Hong Kong's freedom. Beijing is using the anniversary to flaunt its power. Xi Jinping names a new head of state who helped crack down on pro-democracy protests in 2019.

In Hong Kong, China's President Xi Jinping swore in the new head of government, John Lee, who played a key role in crushing the democracy movement. The swearing-in ceremony took place as part of celebrations marking the 25th anniversary of the return of the former British Crown Colony to China. Xi countered allegations that the freedom rights promised at the time in the Chinese special administrative region had been massively restricted in recent years, among other things by the enactment of a controversial security law.

The "one country, two systems" formula has been successful under China's "comprehensive jurisprudence," Xi said. There is no reason to change anything about it. The celebrations took place under high security precautions. Roads and airspace around Victoria Harbour, where the last British colonial governor, Chris Patten, in a ceremony handed Hong Kong back to China in 1997, have been closed.

The usual protests for the anniversary did not materialize this time. Many opposition politicians and democracy activists are either in prison or have gone into exile. Some political observers therefore see Xi's visit as a triumph over the political opposition in Hong Kong. It was the end of an era, the end of "one country, two systems," Hong Kong activist Samuel Chu told Reuters from his Oslo exile. "This is a city unrecognizable."

Britain returned Hong Kong to China on July 1, 1997. Under the principle of "one country, two systems", residents were assured that they would retain the civil rights and liberties that existed under the British. But critics accuse the communist leadership in Beijing of having increasingly undermined these freedoms. For example, it expanded control of the SAR after the 2019 mass pro-democracy protests by imposing a national security law on the city in 2020.

Lee, who is loyal to Beijing, was Hong Kong's security chief at the time. The US has imposed sanctions on him for his role in cracking down on the pro-democracy movement. British Prime Minister Boris Johnson and US Secretary of State Antony Blinken said on Thursday that China had failed to meet its handover commitments. China rejects this account and instead claims to have "brought order out of chaos". Xi said at Friday's ceremony, "after witnessing the wind and rain, everyone can feel painfully that Hong Kong cannot be chaotic and must not become chaotic again."

Hong Kong's development must not be delayed again, and any interference must be eliminated. Xi, who was last present at the inauguration of former PM Carrie Lam, pledged China will support Hong Kong's role as an international financial and trade hub. However, Hong Kong is currently experiencing an exodus of skilled workers and foreign companies as part of strict corona containment measures. 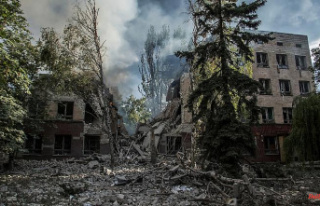