The Corona crisis is a tough endurance test for the Europe of open borders. 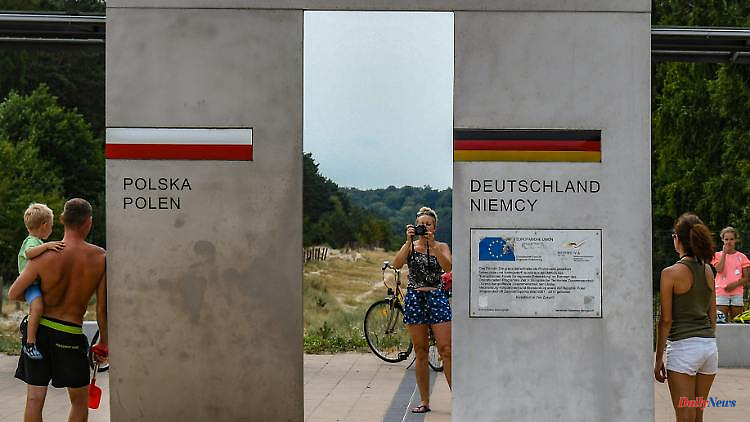 The Corona crisis is a tough endurance test for the Europe of open borders. The EU countries are now agreeing new rules for the 26 countries in the Schengen area: if states plan longer-term controls, they have to justify this in Brussels.

The EU countries have agreed on new rules for border controls within the Schengen area. In the afternoon, the interior ministers agreed on a position for upcoming negotiations with the European Parliament on the controversial issue. For example, EU states that want to carry out border controls in the longer term should inform the EU Commission and justify the controls, according to a statement. You also need to set a precise timeframe, and the EU Commission can then make recommendations on that.

The Schengen area, which includes 26 European countries and 420 million inhabitants, is intended to guarantee unrestricted movement of people in Europe. However, he came under pressure due to terrorist attacks and also during the corona pandemic. Countries like Germany, France and Austria have been reporting temporary border controls to the EU Commission for years, citing illegal migration or the threat of terrorism. A number of countries also introduced controls at the beginning of the pandemic.

The European Court of Justice (ECJ) ruled in April that a state could only extend such controls in the event of "a new serious threat to its public order or its internal security". In this specific case, it was about the practice on the border between Austria and Slovenia.

The rules adopted by ministers also include minimum standards for travel restrictions in the event of a health emergency and measures against the exploitation of migrants at the external border. The background to the latter were allegations against Belarus that it intentionally sent migrants from non-European countries to the EU border last summer. EU countries must now negotiate the law with the European Parliament before it can come into force.

French Interior Minister Darmanin called the agreement on new rules for the Schengen area, to which Switzerland also belongs, "very positive". French President Emmanuel Macron had called for this reform to make it easier to carry out internal border controls again in the event of a pandemic or terrorist attacks. "Schengen means open borders and not restrictions," warned Luxembourg Foreign Minister Jean Asselborn, who is also responsible for immigration issues. He criticized the fact that seven Schengen countries are still restricting freedom of travel - partly because of arms deliveries to Ukraine.

After years of dispute, the EU states also agreed in principle on the redistribution of refugees according to a "solidarity mechanism" intended to relieve Mediterranean countries such as Italy and Greece, as announced by the EU Commission and the French Presidency. Federal Interior Minister Nancy Faeser spoke of "important progress". Germany could take in thousands of people under the voluntary scheme.

The formal decision for the solidarity mechanism and better border protection is expected shortly. A qualified majority of the EU states is sufficient for this - i.e. 15 countries that make up 65 percent of the EU population.

1 Interview with Messe boss Köckler: "The most... 2 Covid-19. United States: Sunday marks the end of the... 3 No tumor cells detectable: Drug stops colorectal cancer... 4 Revolution or Bubble?: The Future of Automakers in... 5 Savoy. Chambery: He belts a woman on the street to... 6 Nupes slightly surpasses the presidential majority... 7 "Blood money", "vindictiveness"... 8 Miscellaneous facts. Martinique: Two men were killed... 9 Montelimar. The caravans must depart this Saturday,... 10 Saxony: 34-year-old died after attack in Leipzig 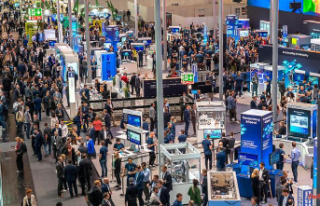 Interview with Messe boss Köckler: "The most...