Uzbekistan's President Mirsijoyev rules his country with an iron fist. 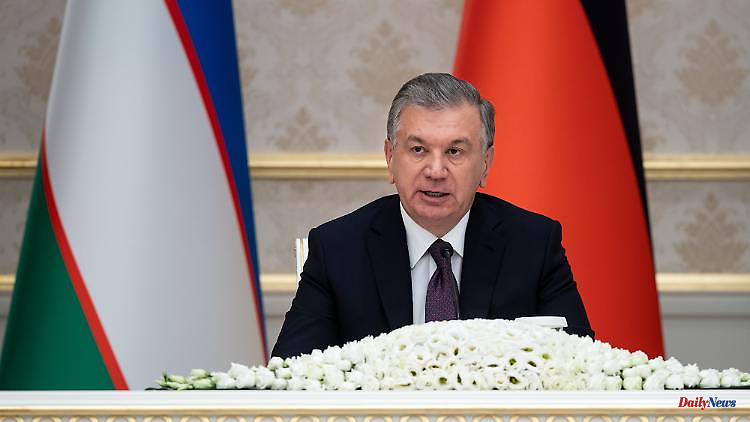 Uzbekistan's President Mirsijoyev rules his country with an iron fist. When the citizens of the Republic of Karakalpakstan demonstrate for their autonomy rights, the police arrive. The authorities admit that almost 20 people have been killed and hundreds injured. Human rights activists doubt the numbers.

According to official figures, at least 18 people have died during unrest in the former Soviet republic of Uzbekistan that lasted several days. This was announced by a representative of the Prosecutor General's Office Abror Mamatov. The protests broke out in Nukus, the capital of the autonomous republic of Karakalpakstan in the west of the Central Asian country, at the end of last week. They are directed against a planned constitutional reform in which the sovereignty of the region is no longer explicitly mentioned. Mamatov spoke of "mass unrest".

According to the National Guard, there were also more than 240 injuries. Of these, 94 were taken to hospitals. Media reports spoke of significantly more fatalities and injuries without this being officially confirmed. As a result of the protests, the President of the country of 35 million inhabitants, Shawkat Mirsiyoyev, has now given in. The constitutional paragraphs on the sovereignty of Karakalpakstan should now remain unchanged.

Only about two million people live in the Aral Sea region, but with 164,000 square kilometers - twice the size of Austria - Karakalpakstan covers almost 40 percent of the country's area. The republic has its own parliament. Karakalpak is an official language alongside Uzbek. Otherwise, autonomy rights are limited.

Unannounced demonstrations like the one in Nukus are illegal in authoritarian Uzbekistan and are very rare. "There have been unconfirmed reports of excessive use of force by security forces during the July 1 protests in Nukus," Human Rights Watch Europe and Central Asia director Hugh Williamson wrote on Twitter on Sunday. He called for an investigation into what was happening.

The Foreign Ministry of neighboring Kazakhstan, whose government had violent protests put down in early January, also expressed concern over the events in Uzbekistan over the weekend. "We welcome and support the Uzbek leadership's decisions to stabilize the situation in Karakalpakstan," the ministry said in a statement.

1 Money should come from oligarchs: Ukraine demands... 2 Tens of thousands affected every day: SAS cancels... 3 EU imports affected: Norway's gas workers threaten... 4 Does he also say something about the war?: German... 5 Dangerous protest during the race: Vettel understands... 6 Procedures take too long: 66 suspects will be released... 7 Rock comes loose: climber falls in Saxony and dies 8 Question about tenancy law: I can give my key to whoever... 9 Money against inflation: Which relief payment is in... 10 Baden-Württemberg: Greens state chief: Suspend debt... 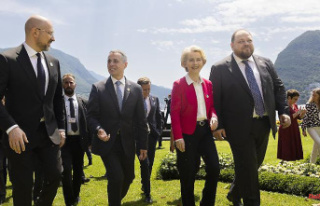