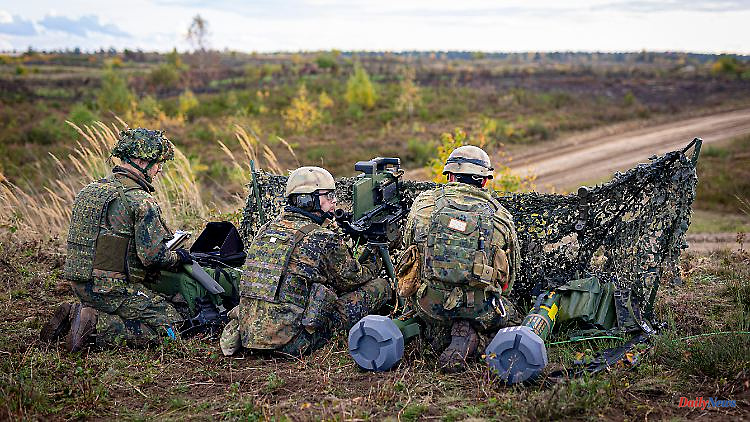 After Chancellor Scholz announced the turning point, German armaments companies started producing weapons and ammunition. Hardly anything has been ordered by the federal government so far. The companies are angry and reject criticism from SPD leader Klingbeil.

The Federal Association of the German Security and Defense Industry (BDSV) has clearly criticized SPD chairman Lars Klingbeil's warning that the federal government would have to order armaments abroad if necessary. It is rather the case that the federal government has so far hardly ordered ammunition, weapons and equipment, although companies have made advance payments, said Managing Director Hans Christoph Atzpodien in Berlin.

After growing criticism of Defense Minister Christine Lambrecht and Chancellor Olaf Scholz, the SPD chairman played the ball in the ARD program "Report from Berlin" in the field of the armaments industry and demanded that it must build up capacities quickly, otherwise one would also have to look abroad armaments - in the USA or other NATO countries. Klingbeil is "pretty wrong," said Atzpodien.

Immediately after the chancellor's turning point government declaration, the Ministry of Defense asked 250 companies in a video link to mobilize all possibilities to make the Bundeswehr "ready for combat" as quickly as possible. Within a week, the companies submitted offers for necessary spare parts, ammunition and other goods worth around 10 billion euros. "In the following weeks and months, however, hardly anything could be ordered because the regime of 'provisional budget management' still applied in the federal government," said Atzpodien.

Large companies as well as small and medium-sized companies have decided "to make advance payments at their own risk in view of the urgency". A large German company has almost doubled its capacity and offered production batches worth around 700 million euros for ammunition and vehicles, "without there having been any significant deals so far". A medium-sized company ordered input material at its own risk, and then the procurement order went abroad. 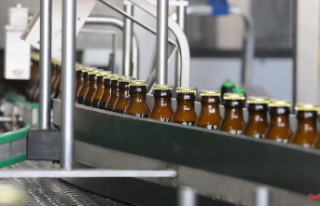