For weeks, Russia has been attacking Ukraine's infrastructure with kamikaze drones and missiles made by Iran. 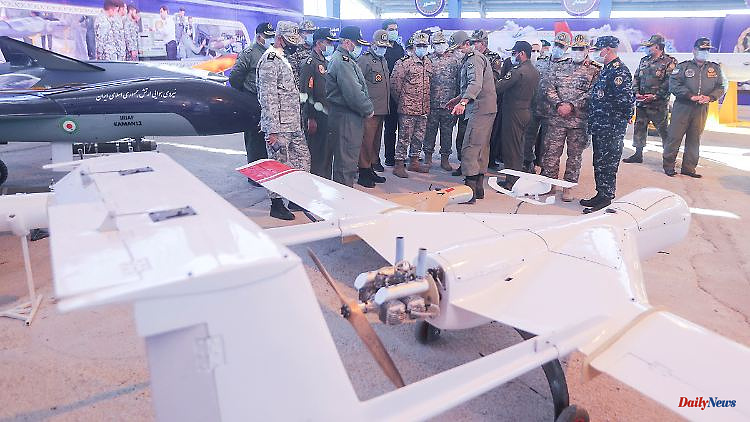 For weeks, Russia has been attacking Ukraine's infrastructure with kamikaze drones and missiles made by Iran. According to diplomats, Moscow is now trying to get supplies. Hundreds of weapons are said to be on the Kremlin's shopping list.

According to diplomats, Russia has again ordered hundreds of drones and ballistic missiles from Iran. "We know that Iran is planning to significantly increase its deliveries of unmanned aerial vehicles and missiles to Russia," sources at the United Nations said in New York. Moscow wants to counteract the acute shortage of military supplies. There are several hundred projectiles and hundreds of drones. "I don't think they've shipped yet, but they're definitely on the order books," a source in New York said.

According to consistent reports, Iran had already sent drones to Russia in August, which can be used, for example, to attack military objects such as radar systems and artillery. A few weeks later, Russian forces repeatedly attacked targets in Ukraine with Iranian Shahed 136 kamikaze drones, which crashed at high speed and caused extensive damage. The EU states then imposed additional sanctions on Iran, which had already been subject to a number of punitive measures.

At first it was not clear how exactly Russia could show its appreciation for the war aid given to the leadership in Tehran. According to diplomatic circles, it is less about money and more about military aid: "There will probably be a much deeper defense cooperation - with massive effects on the security of the region."

The influential regional power Iran, with which another international nuclear agreement is becoming increasingly unlikely, has recently continued to upgrade its nuclear power. Ukrainian President Volodymyr Zelenskyy suggested that the nuclear power Russia could help Iran in its nuclear program in return for the weapons. According to Zelenskyj, the Russian army is also instructed by Iranians when using the drones.

A UN Security Council resolution passed after the 2015 nuclear deal with Iran bans Iran from such arms deals. The United States, Britain, France and Germany called for a United Nations investigation into Iranian-armed attacks in Ukraine in October. Zelenskyy accused Iran of supporting the Russian war of destruction against the infrastructure and energy facilities in his country.

The leaders in Moscow and Tehran officially deny that Iranian drones are being used in Ukraine. However, Russian military experts also said in the state media that these are unmanned aircraft of Iranian design, which Russia is using in Ukraine under the name Geran - in English: geranium. Pieces of debris discovered on the ground also seem to indicate this. Russia and Iran have long cooperated militarily. 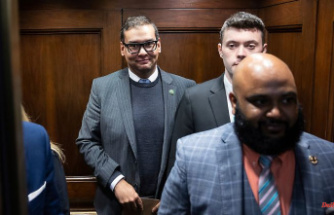 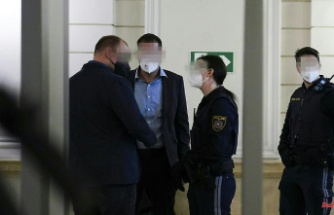 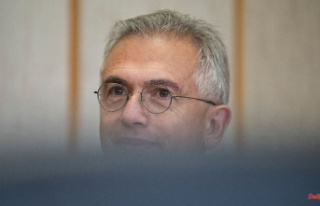