The situation in Sievjerodonetsk in Ukraine is increasingly reminiscent of the Mariupol drama. 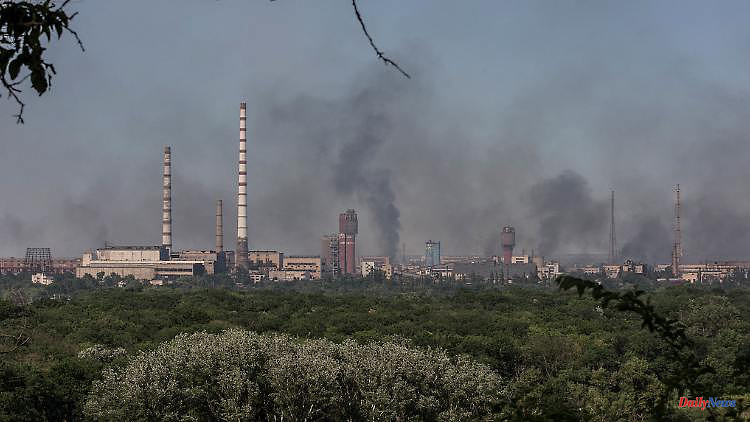 The situation in Sievjerodonetsk in Ukraine is increasingly reminiscent of the Mariupol drama. A factory is under Russian fire, numerous civilians seem to be cut off from the outside world. The destruction of the last major bridge into the city has now further aggravated the situation.

According to the British Ministry of Defence, the Russian invasion troops in Ukraine have made minor progress in the area around the city of Kharkiv for the first time in weeks. However, the main Russian attack efforts are still aimed at the Sieverodonetsk pocket, according to the daily intelligence update on the Ukraine war.

After the destruction of the last strategically important bridge to Sievjerodonetsk, according to Ukrainian information, there is no way out for the residents of the city, which has been fought over for weeks. "Evacuation is impossible," said the governor of the Luhansk region, Serhiy Hajday. The Ukrainian military said on Tuesday that Russian troops were attempting to gain a foothold in the center of the city. At the same time, they prepared offensives on cities west of Sievjerodonetsk, such as Sloviansk.

The situation in Sievjerodonetsk has deteriorated extremely, Hajdaj explained on Telegram. "The Russians are destroying high-rise buildings and azot," he added, referring to the chemical plant in the city. According to Hajdaj, hundreds of civilians have sought shelter in the bunkers at the facility. The situation is reminiscent of the situation in the port city of Mariupol, where civilians waited for weeks in a steelworks with wounded Ukrainian fighters.

According to the Russian news agency RIA, a spokesman for the pro-Russian separatists said that the Ukrainian troops were practically surrounded in Sievarodonetsk. You should surrender or die. On Monday, Russian troops destroyed the last bridge connecting Sieverodonetsk across a river to the Ukrainian-controlled twin cities of Lysychansk. The two cities are located in the Luhansk region, which together with the Donetsk region forms the Donbass in Ukraine, which has recently been particularly competitive.

The situation for Ukrainian troops in Sieverodonetsk is tough but under control, even though 70 percent of the city is in Russian hands, Governor Hajday told Radio Free Europe/Radio Liberty. It is difficult to deliver weapons or reserves. "Difficult, but not impossible." A satellite image released by Maxar Technologies is said to show the Pavlograd Bridge destroyed by Russian forces.

Ukrainian President Volodymyr Zelenskyy recently said that his country "makes our partners aware every day that only a sufficient number of modern artillery units for Ukraine will secure our advantage". Selenskyj demanded from Chancellor Olaf Scholz "the certainty that Germany supports Ukraine".

According to British government experts, thanks to Kremlin funding, Russia's defense industry is slowly adapting to the demands of the Ukraine war. "However, the industry may struggle to meet many of these needs, in part because of sanctions and a lack of expertise," the statement said. Moscow is likely to have difficulties replacing material, especially in the field of high-quality optics and advanced electronics, it said. 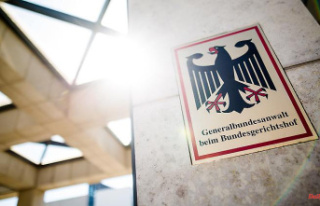