Russia's Foreign Minister Lavrov cannot travel to Serbia because Bulgaria, North Macedonia and Montenegro refuse to fly over it. 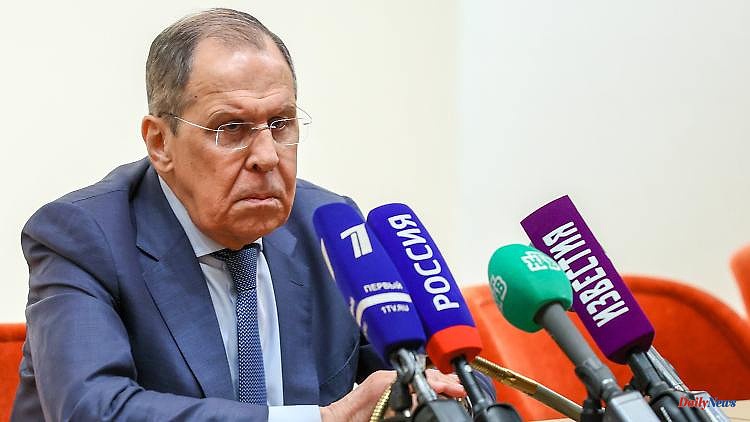 Russia's Foreign Minister Lavrov cannot travel to Serbia because Bulgaria, North Macedonia and Montenegro refuse to fly over it. Kremlin spokesman Peskov interprets the event as a hostile act against his country. Lavrov himself is beside himself and sees "puppeteers" at work.

The Kremlin has criticized the blocking of European airspace for Russian Foreign Minister Sergey Lavrov after his failed trip to Serbia as a "hostile act". "Undoubtedly, such hostile actions towards our country, towards high-ranking representatives of our country, can cause certain problems and lead to the fact that the schedule of these contacts will be postponed for some time," Kremlin spokesman Dmitry Peskov said, according to the Interfax news agency.

Russian Foreign Minister Sergei Lavrov himself described the blockade of his trip to Serbia by some "NATO members" as "outrageous". The EU and NATO are trying to prevent Serbia from freely choosing its partners, Lavrov said in a video conference with foreign journalists in Moscow on Monday. "Serbia should have free choice." Earlier, Bulgaria, North Macedonia and Montenegro had closed the airspace for Lavrov's plane, who was leaving for a two-day visit to Belgrade on Monday.

Because of the Russian war of aggression against Ukraine, Lavrov is also subject to Western sanctions. In addition, European airspace is closed to Russian aircraft. The minister wanted to meet with the Serbian leadership to talk about supplying the country with Russian energy.

Lavrov criticized that some "NATO members" had prevented this trip. The West wants the Balkans for itself, just as it claims Ukraine. Lavrov criticized the fact that in the case of Ukraine, for example, the EU was only relying on those forces that had declared "war on everything Russian". Russia also justified its war in Ukraine with protecting the "Russian world" there from Ukrainian nationalists. "Nobody will be able to destroy our relations with Serbia," emphasized Lavrov. He wants to meet his Serbian colleague Nikola Selakovic in Moscow soon.

The closure of the airspace is a "disgraceful punishment" for a country that wants to independently determine its foreign policy according to its own national interests, Lavrov said. "The puppeteers in Brussels want to turn the Balkans into their project of a closed Balkans." Lavrov said that Western countries were having more and more problems of their own, but they were trying to complicate relations between other countries.

Deputy Speaker of the Russian House of Lords Konstantin Kosachev condemned the closure of airspace to Lavrov's plane as a move "against Russia as a state and Serbia as a state". He hopes for a joint and "extremely tough" reaction, which will not only be reflected in the form of diplomatic protests, but also in "concrete measures," Kosatchev wrote in the online service Telegram.

Serbia has condemned the Russian military action against Ukraine, but at the same time Belgrade does not want to break with its ally and refuses to join the EU sanctions against Russia. Serbia recently extended a gas supply contract from Russia by three years. 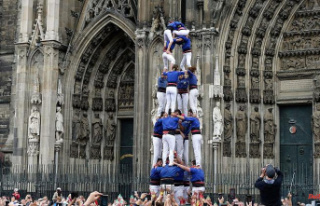