A 24-year-old has to pay a four-figure sum for taking part in several "last generation" campaigns. 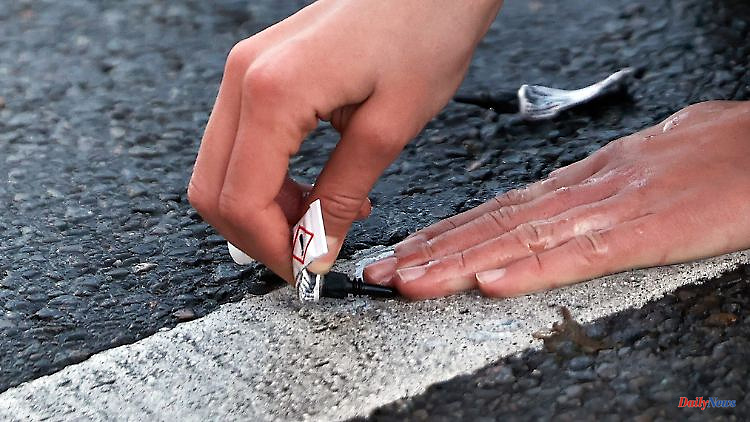 A 24-year-old has to pay a four-figure sum for taking part in several "last generation" campaigns. His lawyer Gregor Gysi is not satisfied with the verdict. "Sitting isn't violence," he says. Four other activists are also convicted.

A climate protection demonstrator represented by left-wing politician and lawyer Gregor Gysi has been fined 1,350 euros. The Berlin-Tiergarten District Court justified its decision by saying that the student was guilty of coercion, resistance and trespassing. The 24-year-old admitted to taking part in several street blockades by the group "Last Generation". The student explained that he had joined the protests because of the climate emergency.

Gysi announced an appeal against the decision - "this is about basic questions". In his plea he had demanded: "You should have the courage to acquit him." The accused disturbed him "because he was afraid". According to Gysi, he can understand the anger of drivers who are affected by traffic jams. In essence, it is a spontaneous demonstration. The right of assembly has "priority over the right to move somewhere by car". His client did not make himself liable to prosecution - "sitting there is not violence".

The lawyer announced on the sidelines that he would use the process "to make representations to the federal government that they should approach the younger generation differently." A different relationship between the generations is required - "we old people have to learn to listen to them". According to the "Last Generation", the left-wing member of the Bundestag described the fight against climate change as a "question of human dignity". "It would certainly be more correct to take robust and massive action against those who destroy our livelihoods for their own gain instead of locking up climate protectors."

According to investigations, the 24-year-old demonstrator took part in eight street blockades between January and June of this year. There were some significant traffic jams. The accused glued himself to the roadway six times with superglue. He also took part in a demonstration in an anteroom of the Federal Ministry of Justice.

The Berlin judiciary is now dealing with a large number of proceedings in connection with blockade actions by the "Last Generation" group. Also today, Wednesday, another 24-year-old was fined 20 daily rates of 15 euros for coercion in one case. This judgment is also not yet final.

Three climate activists from the “last generation” were also sentenced to fines by the Munich District Court during the course of the day. The public prosecutor had accused the accused of coercion in two cases. The presiding judge sentenced two of the three activists to 25 daily rates of 15 euros. The third was 25 euros. The defendants announced that they would appeal.

The judge agreed with the activists that "far too little is being done by the governments of this world to combat climate change". But they were wrong on one point - "in their choice of means". In a state governed by the rule of law, this fight should only be carried out in a political way.

During a protest on November 3, the activists and other members of the "Last Generation" twice blocked traffic in downtown Munich by sometimes sticking their hands to the street. Since they announced further actions at the time, they were initially taken into preventive custody.

The group "Last Generation" often makes headlines with their blockade actions or actions in art museums. The activists want to draw attention to the destruction of the environment and the insufficient fight against global warming. Last Friday, the group announced that it would not hold any new protests in Berlin and Munich until the end of this week. 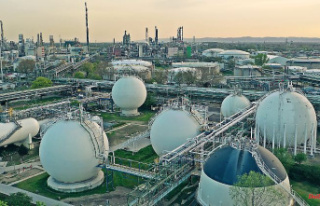