Lawyer suddenly against war: Putin throws his "poster girl" out

She is on Ukrainian wanted lists, is considered "Putin's poster girl" and a star with hundreds of thousands of Instagram fans in Russia, and sparked a manga cult in Japan. 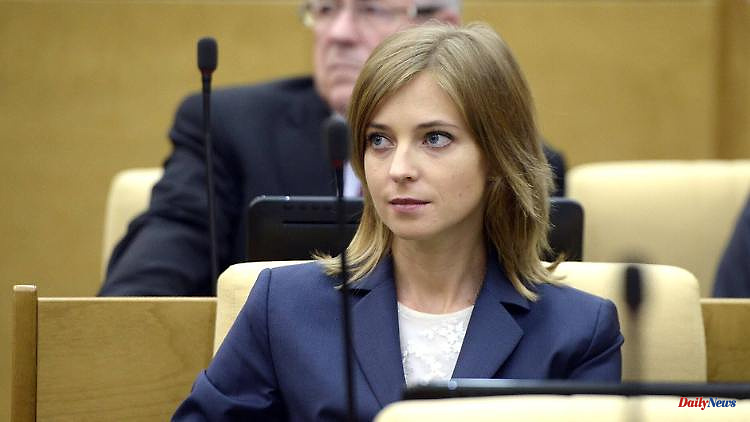 She is on Ukrainian wanted lists, is considered "Putin's poster girl" and a star with hundreds of thousands of Instagram fans in Russia, and sparked a manga cult in Japan. But now the lawyer Natalja Poklonskaja has criticized the attack on Ukraine - and is promptly fired by the Kremlin boss.

Kremlin boss Vladimir Putin has fired a prominent lawyer from the civil service after criticizing Russia's war against Ukraine. By decree, Putin revoked Natalya Poklonskaya from her post as deputy head of Rossotrudnichestvo - an organization affiliated with the Russian Foreign Ministry, which, among other things, campaigns for Russia's interests in other ex-Soviet states.

Poklonskaya wrote on Instagram that Putin "signed a decree" that "relieved her from her post because I took on another job". The 42-year-old thanked "our president for his support and trust".

Born in Ukraine, Poklonskaya suddenly became famous after Russia's annexation of the Black Sea peninsula of Crimea in 2014 - as Attorney General, who rendered loyal services to the Kremlin and always firmly supported Russia's expansion line. The media called her "Putin's poster girl" and she had 215,000 followers on Instagram. The cult surrounding Poklonskaya became even more bizarre in Japan. Because the lawyer looks similar to a specific character from the Japanese video game series "Phoenix Wright: Ace Attorney", a veritable manga cult arose around her.

Later she was a member of the Russian parliament and ambassador in Cape Verde, Africa. In Ukraine, she was accused of being a traitor. She is on Ukrainian wanted lists and EU sanctions lists.

After Russia's invasion of Ukraine at the end of February, however, Poklonskaya spoke of a "disaster". Addressing the Russians - but also the Ukrainians - she also said: "Please stop! It seems to me that we have gone too far and it is time to have the courage for the future on your own and you don't into the hands of those who are armed."

She later described the letter Z, used as a propaganda symbol for Russia's war against Ukraine, as emblematic of "tragedy and sadness for both Russia and Ukraine." After these statements, the state organization Rossotrudnichestvo, for which Poklonskaya had only worked for a few months, announced "consequences". 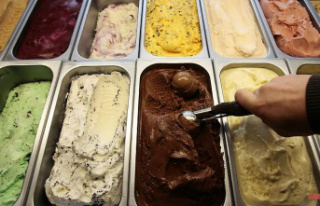