There is no doubt among the comrades that the left is in an existential crisis. 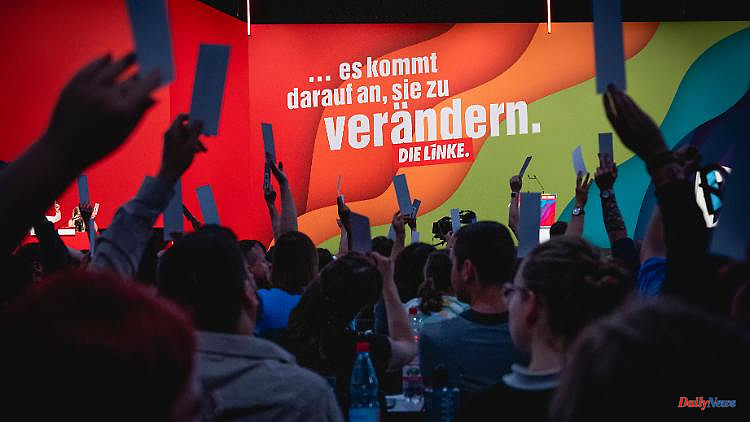 There is no doubt among the comrades that the left is in an existential crisis. Even in the run-up to the federal party conference, top people and the base were rarely united when it came to describing the drama of the situation. After a series of electoral defeats, the party is threatened with falling into political insignificance. Her public image is determined by arguments about the course to Russia and accusations of sexism in her own ranks.

So much for the obvious, things are not going well for the left. The big question among the approximately 570 delegates in Erfurt is how exactly you can get out of the unfortunate situation. The first two days of the party congress brought some answers, but also revealed deep rifts between the divided camps.

It was her Hessian state association in which sexual assaults are said to have occurred over the years: Janine Wissler, who led the party alone after Susanne Hennig-Wellsow resigned, was under enormous pressure before this weekend. With her at the top, the left almost missed entering the Bundestag, in the state elections in Saarland they achieved 2.6 percent, in Schleswig-Holstein it was 1.7 percent and in North Rhine-Westphalia 2.1 percent. There were party leaders who failed because of fewer defeats.

But Wissler wants to continue, on Friday she gave a combative, much acclaimed speech to the delegates. Then the election this Saturday: A damper, only 57.5 percent vote for the Hessin (in February 2021 it was 84.2 percent). That was to be expected, because in Heidi Reichinnek Wissler has a serious opponent. The member of the Bundestag, who, unlike her competitor, is not associated with the accusations of sexism, explicitly advocates "socialist feminism" and strengthening the "queer community" - she seems to score particularly well with the party's youth.

MEP Martin Schirdewan is then elected to the dual leadership alongside Wissler. A rather unknown face in federal politics, the East German is considered a Realpolitiker and has a strong supporter in the only left Prime Minister, Bodo Ramelow. Schirdewan receives 61.3 percent (before Sören Pellmann with 31.7 percent). In the future, the party will focus more on "bread-and-butter issues," says Schirdewan, such as food prices and high rents.

In terms of content, too, there hasn't been a big bang so far: on Saturday, the party executive led by Wissler pushed through its main proposal on foreign policy against numerous amendments. Under the title "No rearmament, no war. For a new peace order and international solidarity," the left condemned "Russia's criminal war of aggression in the strongest possible terms." Sanctions are no longer rejected outright, solidarity is assured both to the people in Ukraine and to Russian opponents of the war. "It is becoming clear that Russia is pursuing an imperialist policy," it says of the attempt to "establish authoritarian vassal regimes" in post-Soviet states.

But the left would not be themselves if they did not discuss their own course at length and at times heatedly at a party congress. Above all, the debate revolves around the question of whether and how the party should relate its criticism of NATO to the Ukraine war. While the party executive insists on first condemning the Russian aggression and only then talking about NATO, parts of the base want to emphasize the "prehistory": the West's alleged striving for power, for example; or the EU, which wanted to "incorporate" Ukraine.

The fact that the majority of the decisions against the amendments were clearly in favor of the proposals of the party executive should not hide the fact that a proposal that is intended to completely replace the draft by Wissler and Co. was only narrowly rejected. It was submitted by EU MP Özlem Demirel, among others, and he not only blamed NATO and the EU for the Ukraine war, but also rejected sanctions against Russia as "part of the logic of escalation". Almost 43 percent voted in favor, a good 57 percent opted for the text of the party leadership.

The adoption of the lead motion has been postponed due to time constraints, and there will be clarity by Sunday at the latest. The fact that the Left is opposed to any delivery of arms is almost undisputed among the delegates.

An amendment that was already a topic of discussion before this Saturday also aims at the "historical context" of the Ukraine war. He comes from a group around the most well-known German left: Sahra Wagenknecht. This draft also makes the eastward expansion of NATO jointly responsible for the Russian aggression "violating international law", as well as the "regime change on the Maidan supported by the USA with five billion dollars" and the "rejection of the Minsk agreement by the Ukrainian government".

The so-called Wagenknechts within the party want the condemnation of Russia's "imperialist policy" to be removed from the text. But the group's proposal was rejected by a clear majority. The member of the Bundestag and former parliamentary group leader had not traveled to Erfurt herself because of a possible corona infection - and can therefore not influence the vote with her own speeches.

The fact that Martin Schirdewan will lead the party alongside Janine Wissler means the second major defeat for Wagenknecht. She had spoken out in favor of Pellmann - although he had distanced himself from his advocate's foreign policy demands shortly before the party conference.

Without Gregor Gysi's speech, one could almost forget that despite all the frustration, the left also has reason to be happy: it is celebrating its 15th birthday. However, the former faction leader does not allow a party mood to arise. He begins his speech by saying that he "can't think of any real congratulations," then complains about a "climate of denunciation" and about the "all petty crap in our party."

While Gysi was applauded for his words against rearmament, for social justice, equal opportunities, climate protection and equality between women and men, boos can also be heard when he comes to the topic of gender-fair language. A party in an existential crisis doesn't have to deal with "colon, capital I or asterisk," says the 74-year-old. "It's not about changing spellings, it's about changing the circumstances."

After his speech, he received strong opposition from two young delegates. One of them describes Gysi's words as "incredible cheek" at a time when there is a debate about sexual assaults in the party. There is loud approval for this in parts of the hall. The topic comes up again and again this Saturday, the previous evening the Solid youth association had called for consistent action against harassment.

Immediately after the election of Wissler and Schirdewan, young leftists reported on the hall microphone about their own painful experiences in the party, one of them was thinking aloud about leaving. Your words are also aimed at Wissler, the old and new chairman, who himself is accused of misconduct in dealing with the events in the Hessian state association. 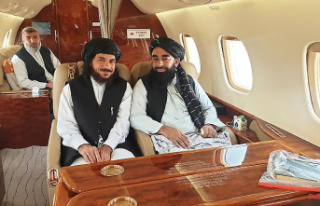