Life under Russian occupation: In Mariupol "it smells like corpses"

Mariupol has lost around two thirds of its inhabitants because of the war. 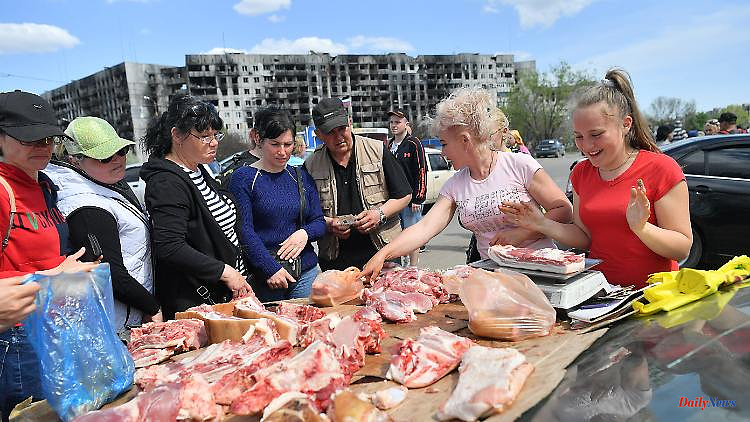 Mariupol has lost around two thirds of its inhabitants because of the war. For those who stayed and survived the siege, the situation remains difficult. There is a lack of food and medicine. Countless bodies are buried in mass graves - or "thrown in a heap like rubbish".

Mass graves as far as the eye can see. A few days ago, the Mariupol city government released a drone video showing a cemetery near the occupied port city. 25 trench-like sectors were created, corpses are buried in several layers, the graves are "camouflaged" with crosses and signs as individual graves, it said. The recordings reveal the extent of the disaster, but only show one of several cemeteries near Mariupol where, according to the city administration, around 21,000 people were buried in mass graves between mid-April and mid-May alone.

Vadym Boychenko, the city's mayor, pointed out in the post that thousands of killed civilians still lie under rubble or in makeshift morgues. Numerous civilians were also given emergency burials in front of their homes during the fighting for the city. "We estimated the number of residents killed at 22,000. But a growing body of evidence suggests that the consequences of the evil committed by the racists are much worse," the mayor wrote on Telegram. In Ukraine, the Russian invaders are called "racists", the word is made up of "Russians" and "fascists".

Before the war, Mariupol had about 450,000 inhabitants. According to Alexander Laschin, a member of the city council, the population of the largely destroyed city shrank by two-thirds. Around 150,000 people remained in Mariupol, the politician said in an interview with the exiled Russian television station Current Time. After the surrender of the Azovstal Steel Works defenders about two weeks ago, there is no longer any fighting in the city. The situation remains critical for the remaining residents.

According to Laschin, there is still practically no electricity and no drinking water. The Russian occupiers tried to restore the water supply, but that didn't work: "They flooded the streets and washed away many graves." A few days ago, Petro Andruschenko, an adviser to the mayor, shared a disturbing image on Telegram showing numerous decomposed bodies on the floor of a supermarket. It is said to be the washed away corpses that were collected by the occupiers and "thrown in a heap like rubbish," Andruschenko wrote.

Due to poor hygiene conditions, experts warn of a possible outbreak of cholera or other diseases in Mariupol. Temperatures in the city are currently around 30 degrees. "Under the scorching sun, the corpses decompose very quickly. The city smells of sewage and in some places of corpses. We are on the verge of an epidemic," Laschin said in an interview with "Current Time". The politician is no longer in Mariupol, but according to his own words, remains in constant contact with the remaining residents.

"We have seen footage of dogs running around with a human hand in their mouths. There are also many rats, rodents that transmit diseases. In fact, the misery in the city of Mariupol could get worse," Laschin said.

According to Laschin, there are almost no pharmacies in the city anymore, medicine is scarce. At the same time, the demand for essential medicines is very high. Food is also scarce. In some places you can find vendors selling groceries, drugstore items and other products on the streets. According to Laschin, these "spontaneous markets" mostly sell looted goods. Most of the sellers are looters who "stole things from our homes, shops and cafes and are now selling them around town".

There are also reports of people taking advantage of the residents' plight. As Lashin explained in the interview, it happens that humanitarian aid is not distributed free of charge but is sold. "As I understand it, the Russian military simply decided to make extra money by selling it," the Ukrainian politician said.

The southern Ukrainian port of Mariupol had been besieged and heavily shelled by Russian troops since the first days of the war. The electricity and water supply failed, civilians hid for months in basements and on the premises of the Azovstal steel mill. Numerous evacuation attempts to Ukraine failed because the Russians were unwilling to set up humanitarian corridors. The city has been completely in Russian hands for around two weeks. The last defenders of Mariupol are in captivity in the separatist area in eastern Ukraine. You face the death penalty.

1 Interview with the founder of the Tafel: "The... 2 No heart for home office: Musk: If you don't... 3 Fines and imprisonment due: court convicts several... 4 Arrests on the Jubilee: Four men storm the parade... 5 Oil embargo at Lanz: "The sanctions are a joke" 6 Haute-Savoie. Annecy: He was drunk and urinated on... 7 North Rhine-Westphalia: A45: Demand for faster construction... 8 Mecklenburg-Western Pomerania: car crashes into police... 9 Thuringia: Sexual abuse: Judgment against teachers... 10 Bavaria: There are now six cases of monkeypox in Bavaria 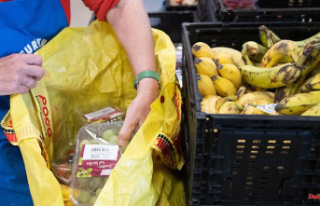 Interview with the founder of the Tafel: "The...