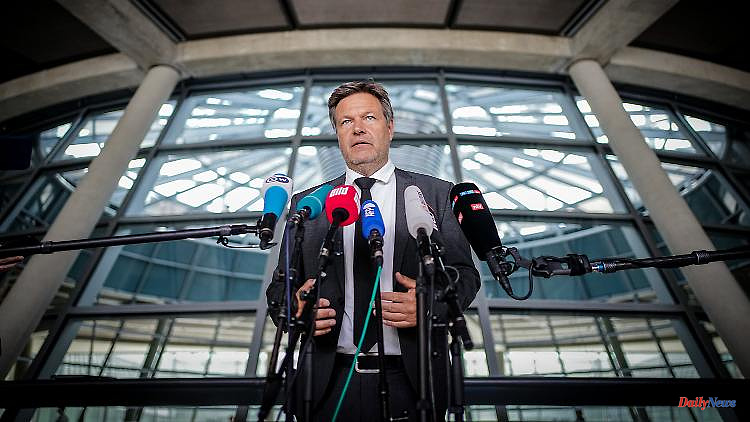 Federal Minister of Economics Habeck announces another energy security package. These include stricter specifications for filling the gas storage and activation of the lignite reserve, as Habeck says in Berlin. It is also about saving measures in public buildings and a mandatory "heating check".

Federal Economics Minister Robert Habeck has announced another energy security package. These include stricter requirements for filling the gas storage and activation of the lignite reserve, as Habeck said in Berlin. It is also about saving measures in public buildings and a mandatory "heating check". Measures are also planned to save gas when heating apartments.

The provision for the winter must be strengthened, said Habeck. "We need staying power." The background is that Russia is again delivering gas via the Nord Stream 1 pipeline, but much less than possible. Habeck said Russia was an "uncertain cantonist" when it came to energy supplies. According to Habeck, the storage levels should be 75 percent full by September 1st, 85 percent by October 1st instead of 80 percent as before and 95 percent by November 1st instead of 90 percent as before. In addition, the Green politician rejected statements from Russia that the country was the guarantor of Europe's energy supply. "This is a distortion of every fact," says Habeck. Russia uses its power to blackmail Germany and Europe.

For this reason, too, the lignite reserve is to be activated on October 1; this has already been the case with the reserve for hard coal-fired power plants. Habeck also spoke of a gas saving regulation in order to take gas out of the market if possible. Together with the Ministry of Transport, there should be a regulation that gives priority to coal and oil in rail transport.

The ministry also said that it makes sense not to heat rooms that are not used regularly, such as corridors, large halls, foyers or technical rooms - unless there are safety requirements. For public facilities and office buildings, this should be regulated in regulations. In addition, discussions should be held with the social partners about further savings opportunities in the work and operational area.

More energy should also be saved in residential buildings. Tenants should also have more scope to save energy. According to the ministry, there are currently some contractual obligations to maintain a minimum temperature in rented rooms. "This means that if these tenants want to heat less, they are violating their rental contracts. Therefore, these contractual obligations should be temporarily suspended - in close coordination with the relevant departments of the federal government - so that tenants who save energy and the heating If you want to turn it down, you can do it."

Habeck also emphasized that overcoming the crisis requires patience from everyone involved. "Winter is yet to come." And this is only the first winter. The second winter of 2023/2024 will still pose challenges for Europe. 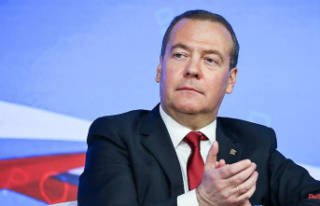 "Disappear from the world map": Medvedev...