With a large majority, the Bundestag decides on a multi-billion upgrade of the Bundeswehr. 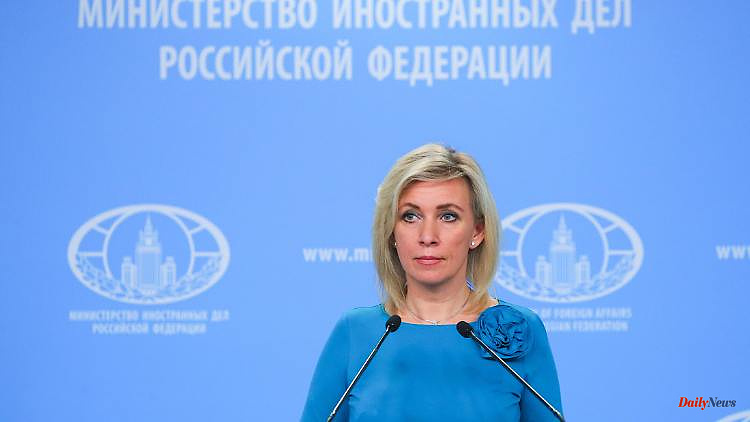 With a large majority, the Bundestag decides on a multi-billion upgrade of the Bundeswehr. With the exception of the left, all parties see Russia's war of aggression as a turning point in German defense policy. In Moscow, on the other hand, one feels reminded of Hitler's rearmament.

Russia has denounced a "rearmament" of Germany, alluding to the Nazi era. The federal government's plans for a special fund of 100 billion euros for the Bundeswehr "we see as further confirmation that Berlin is on the way to renewed rearmament," said foreign ministry spokeswoman Maria Zakharova in Moscow. "We know only too well how this can end." The statements can be interpreted as an allusion to Nazi Germany's rearmament program in the 1930s under Adolf Hitler.

Against the background of the Russian military operation in Ukraine, the Bundestag approved an amendment to the Basic Law to set up the Bundeswehr special fund. With the 100 billion euros, the equipment of the troops is to be modernized. Plans include the acquisition of modern F-35 fighter jets, new corvettes for the Navy and successors to the Marder infantry fighting vehicle and the Fuchs troop carrier. In a roll-call vote, 567 MPs voted in favor of this, there were 96 votes against and 20 abstentions.

Top politicians from the coalition and Union faction campaigned in the Bundestag for the 100 billion euro special fund to strengthen the Bundeswehr. "This is the moment when Germany says: We'll be there when Europe needs us," said Foreign Minister Annalena Baerbock. "On February 24th we woke up in a different world," recalled the Greens politician in the debate on the Bundeswehr billions. Russia's brutal war of aggression is creating "a new reality in Europe". This means that the precious good of peace and freedom "we also have to defend it militarily".

With a view to equipping the Bundeswehr, something that has not been addressed for years is now being made up for, Baerbock referred to non-functioning tanks and a lack of protective equipment. At the same time there will be a reform of the procurement system. The minister regretted that due to the resistance of the Union, cyber security was not also included in the special fund.

In view of the Russian war of aggression, Germany must face the fact "that security has its price and we must be prepared to defend our values ​​militarily," said Christine Lambrecht. The Bundeswehr had been run down over the past decades. "We are laying the foundation for putting an end to this lack of administration," emphasized the Defense Minister. Germany owes this to its soldiers and "we also owe it to our allies".

"Russia's attack on Ukraine marks a historic turning point," said Finance Minister Christian Lindner. Germany has long benefited from a supposed peace dividend. Now you have to learn anew "that we have to strengthen our defense capability anew in every generation".

Because of the required two-thirds majority, the amendment to the Basic Law also required the support of the Union. "Today is a good day for Germany's ability to form alliances and defend itself," said parliamentary group leader Mathias Middelberg. "It is a necessary and important step that we restore our country's ability to defend itself," said the CDU politician. He emphasized that it was thanks to the Union that the 100 billion euros were actually being used exclusively for the Bundeswehr.

A strict no to the special fund came from the left parliamentary group leader Dietmar Bartsch. "What could you do with the 100 billion euros," he said, for example for a better education system. "Out of state political responsibility, we vote unanimously in the negative," Bartsch clarified. The upgrade associated with the special fund is "amazing". 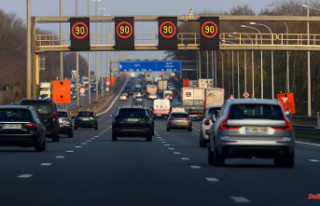