Lindner and Habeck in a small war: The chaos in the traffic light is perfect

Federal Minister of Economics Habeck announces a constitutional review of the gas surcharge. 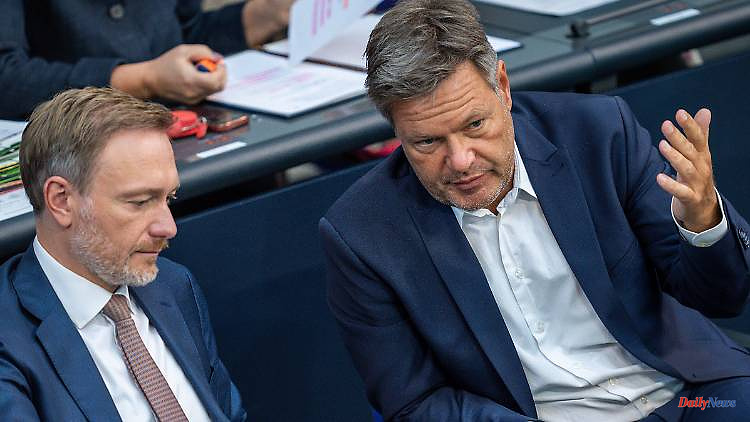 Federal Minister of Economics Habeck announces a constitutional review of the gas surcharge. Finance Minister Lindner collects the check immediately. More public dispute is hardly possible and it follows a pattern. In this way, the traffic light does not live up to its responsibility in a historic crisis.

Consumers and companies have their backs on the ground on this day: Never in the past few decades have there been greater concerns about impoverishment and insolvency due to the unchecked rise in energy prices. And yet the majority of people who still go to vote would continue to vote for one of the three governing parties or the Union, which does not think very differently on essential issues. There is still a great deal of understanding for the immense political challenge and people's confidence in the responsible politicians that they can master the problems. But the key players in the traffic light coalition are doing a lot to gamble away this trust, above all Christian Lindner and Robert Habeck.

On Wednesday morning, Federal Economics Minister Habeck announced the nationalization of the gas supplier Uniper and the levying of the gas surcharge from October 1st. Because of the gas levy, Habeck had to throw himself in the dust because the design was not misused: Even companies that were doing well outside of their gas business could have tapped into the levy.

Now Habeck is sure that he pushed the "free riders" off the footboard. Only to then address a new problem with the gas levy: the compatibility of the gas levy and Uniper nationalization. There would be constitutional problems if the levy goes to a state-owned company and the levy mutates into an indirect tax. Habeck therefore announces a constitutional in-depth review.

Christian Lindner's Federal Ministry of Finance would be responsible for this check. However, the FDP boss wants the gas levy at all costs so that his budget, which is constantly approaching a renewed suspension of the debt brake, is not shaken even more - by the state having to support the companies that have previously relied on Russian gas in purchasing expensive replacements.

Within hours, Lindner contradicted his cabinet colleague Habeck: "There is no further examination, it has been completed," says the finance minister. This is well known in the government. "Last week, Friday, the federal government decided that it had no legal objections to the gas levy - even if Uniper were nationalized." Habeck's spokeswoman then explained that the Ministry of Economic Affairs did not have such an expert report from Lindner's house.

The chaos is perfect. Once again, one would like to say. Because what speaks from this process above all is the fact that Lindner and Habeck do not coordinate before one of the two makes statements and announcements to the public. Top representatives of the traffic light no longer put their hands to their mouths when they talk about the fact that the two ministers "can't get along". The country is going through a historic crisis and two key leaders are stymied by personal animosity, while the chancellor seems to have no idea how to reconcile the two. Habeck and Lindner talk bad about each other in front of media representatives and SPD top representatives bad about both.

In fact, a conflict with an increasingly familiar pattern is coming to a head here: Lindner's idea of ​​how he wants to counter cold progression and Habeck's concept for nuclear power plant reserve operation had not been discussed in advance. On the night when the coalition negotiated the third relief package, despite statements to the contrary by those involved, almost no agreement was reached on the most important issues.

Lindner had only agreed to a commission to find a gas price cap under maximum pressure from the coalition partners. The excess profit tax in the electricity market celebrated by the SPD and the Greens has nothing to do with the original demands of either party, but is a regulatory intervention in the electricity market that also corresponds to the ideas of the FDP. The reinterpretation of the agreed levy on random profits to implement the red-green excess profits tax idea is tantamount to a deceptive maneuver.

After weeks of debate, the traffic light has not been decided when it comes to dealing with the last nuclear power plants, the gas surcharge or the gas price cap. This is worrying given the seriousness of the situation. And it is fueling the very development that Ampel representatives say they fear most: that the radicals in the country will win over a growing number of frightened and frustrated people and that the economic crisis will escalate into a political crisis. If Scholz, Habeck and Lindner seriously want to prevent something like this, they should urgently pull themselves together instead of continuing to make politics about public mood. It can also quickly turn against all three at once. 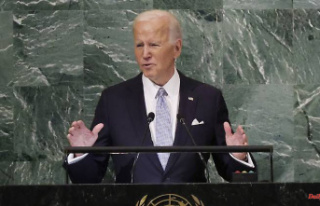