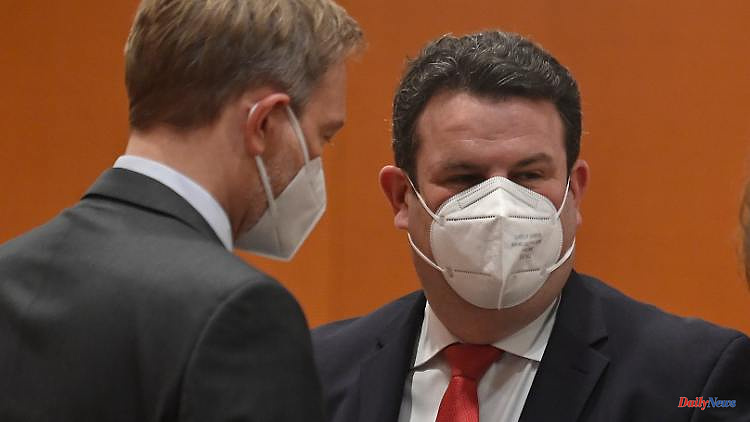 Despite criticism from the Union and skepticism from the FDP, Social Affairs Minister Heil insists on "climate money". The SPD politician wants to relieve millions of people. Finance Minister Lindner blocks himself. That's why the SPD parliamentary group leader Schmidt reminds him of a joint decision: "Linder should get to work."

With the annual payment of "social climate money", Federal Minister of Social Affairs Hubertus Heil wants to relieve low and medium incomes from next year - and has thus triggered skepticism in the FDP and severe criticism in the Union. "Although the relief is correct, we now have a real patchwork of measures," said the economic policy spokeswoman for the Union faction, Julia Klöckner in Berlin. In addition, Heil is planning up to 50 euros higher standard rates for basic security as part of the citizen income. This should be achieved by changing the calculation, as the SPD politician told the Funke media group. FDP leader Christian Lindner reacted cautiously to the advances. The Greens welcomed the announcement in principle. Heil estimated the cost of both proposals to be in the tens of billions. "We are still in model calculations."

Heil said rising energy and food prices are hitting low-income people particularly hard. Temporary relief is no longer enough. Heil referred to the goal of climate neutrality, regardless of the war in Ukraine. So energy is getting more expensive. "We have to give an answer that goes beyond the current relief package." He proposes social climate money that should be given to single earners with a monthly gross wage of less than 4,000 euros and married couples with less than 8,000 euros. The exact staggering is still to be discussed in the coalition. "I want to bring this into the coalition because as Minister for Social Affairs I have a responsibility - even if the lead lies more with the Finance Minister and the Climate Minister."

Furthermore, according to Heil, higher standard rates should apply as part of the new citizens’ allowance, which is to replace the current Hartz IV system from 2023. "My suggestion is that in family households, for example, we take the bottom 30 instead of the bottom 20 percent of income as the basis." This means that more needs would be assumed when calculating the rates. "In this way we can achieve that the standard rates of citizen income per person and month will be around 40 to 50 euros higher than in the basic security."

FDP leader Christian Lindner said Heil's initiative shows that the SPD has not forgotten the redistribution policy. "Since debt and tax increases are ruled out, I'm curious about the financing ideas." A reform of the wage and income tax is much closer than new pots. "If salaries rise, the state must not earn disproportionately."

The SPD parliamentary group leader Dagmar Schmidt defended Heil's advance. She replied to Lindner: "I'll remind the finance minister of the second relief package." She quoted the corresponding decision of the coalition committee of March 23: "In order to enable a simple and unbureaucratic way for direct payments to the citizens in the future, the federal government will develop a payment method for the climate money via the tax ID before the end of this year ." Schmidt said to Lindner: "Instead of just lamenting what is allegedly not possible, he should now get to work."

Klöckner accused the traffic light of making a new proposal for relief every day. "Who else is looking through that?" For those who need support, the climate money is too bureaucratic. In addition: "How should the sum be transferred to the citizen? How does the state know the account number of each individual?"

The Greens parliamentary group leader Andreas Audretsch, on the other hand, called the climate money "a key instrument for making climate protection social by paying the income from the CO2 price directly back to the people". The SPD, Greens and FDP had already announced climate money as a "social compensation mechanism" in the coalition agreement "in view of higher CO2 price components".

The Verdi services union welcomed Heil's proposal as a step in the right direction. "The climate money can finally provide relief that the previous packages cannot do," said Verdi chairman Frank Werneke. However, it shouldn't stop there. Rather, "all income from CO2 pricing would have to be returned in full to the citizens in order to create effective relief".

The President of the Federal Association of Wholesale, Foreign Trade and Services (BGA), Dirk Jandura, called Heil's solution wrong. One of the main causes of high energy prices is the state. "In Germany, energy is taxed above average compared to other European countries," explained Jandura. "The state takes money to then redistribute it as climate money."

The head of the German Institute for Economic Research, Marcel Fratzscher, criticizes the climate money as insufficient. Although it is "good and right," he said ntv. "It is also clear that such climate money is rather too small to compensate for the high inflation, especially for people with low incomes." In addition, the climate money was not created as a reaction to the effects of the war in Ukraine, but "would have come one way or the other, because that was an agreement in the coalition agreement". That's why it should "not be sold as a reaction to high inflation".

Instead, Fratzscher called for "specific relief for people with low incomes, especially with food, so that they can cushion the shock of high inflation". Experts assume that the climate money could average up to 200 euros per capita and year. "Family with low income would actually need 100 to 150 euros a month," said the economist. 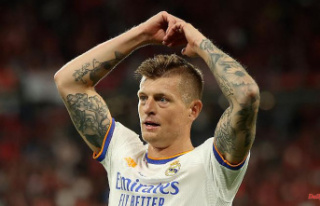