Lindner is back on board: traffic lights demonstrate new unity in crisis policy

directional dispute? Disagreement? I where! After a two-day retreat, Chancellor Scholz, his deputy Habeck and Finance Minister Lindner present a common vision of their crisis policy for the fall. 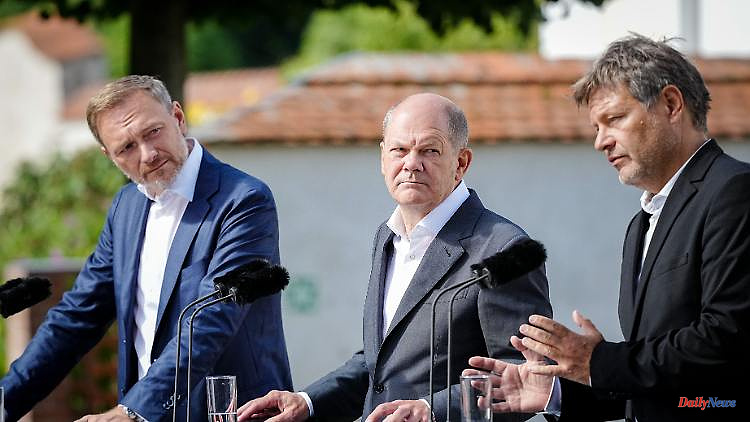 directional dispute? Disagreement? I where! After a two-day retreat, Chancellor Scholz, his deputy Habeck and Finance Minister Lindner present a common vision of their crisis policy for the fall. Lindner in particular stands out because of his new enthusiasm.

Sometimes it is not so important what is said, but who made the statement: The demand for comprehensive relief despite tight budgets, exuberant praise for the 9-euro ticket and criticism of immense chance profits for energy companies are from the mouth of SPD and Green politicians as surprising as the next championship of FC Bayern Munich. But if it is the head of the FDP and Federal Minister of Finance Christian Lindner who makes these statements, you should sit up and take notice. While there are still no official details on the forthcoming, third relief package, after the most recent cabinet meeting in Schloss Meseberg there are many indications of a new agreement, so that the federal government could actually succeed in putting together a reasonably consistent relief package.

The summer of distance, in which Lindner sometimes rushed ahead with his proposal to correct the cold progression, sometimes called for more spending discipline from the coalition partners, the SPD and the Greens for their part tried to force an excess profit tax and both parties recently disagreed because of Scholz' Cum-Ex affair and Raking Habeck's gas allocation among themselves seems to be over for the time being. "The government works very well together, as one could experience sensually here in Meseberg. That was very friendly and very constructive," said Federal Chancellor Olaf Scholz, expressing his unanimity to new heights.

Of course, Federal Minister of Economics Robert Habeck and Lindner did not stand back. "With his experience, with his prudence, with his calmness, he leads this country safely, and I'm glad it's the same," said Habeck, after his party had repeatedly criticized Scholz' chronic gaps in memory when clarifying the situation Hamburger Cum-Ex affair came. In revenge-like fashion, SPD leader Lars Klingbeil personally targeted the economics minister and portrayed him as a steamy chatterer, which in turn was sharply countered by the Greens. According to the conspicuously good-humored Lindner, nothing worth mentioning: "It's inevitable in politics that there is a public exchange from time to time."

Lindner's admission was more surprising: "We have speculation on the electricity markets." So far, Lindner had explicitly excluded the energy companies from criticism and also defended so-called excess or accidental profits as legitimate. The FDP boss has now criticized "rules that lead to rising gas prices leading to extra profits, random profits". Politicians have created a "return autopilot" on the electricity market that should be turned off. Scholz and Habeck also announced the same.

Specifically, it is about the complicated-sounding merit order principle. To put it simply, the most expensive electricity producer needed to cover the total demand determines the energy price on the European electricity market. These are currently power plants that generate electricity with gas. If you produce cheaper, you get the same price and benefit from a correspondingly higher profit margin. In times of energy shortages, the skyrocketing gas price pulls up the price of electricity for all types of electricity - even for producers who have bought their gas cheaper, as well as for electricity from renewable, coal and nuclear power plants. (Read how the electricity market works here.)

"The pain we have that profits are being made here that you can't really find is the same for everyone else," said Scholz about his talks with other EU heads of government. This European unity will mean that the EU Commission will quickly work out a reform. But none of the three wanted to decide whether the price of electricity could be reduced in the current year. It is "a very complicated situation to change the rules in the market without the market falling over," Habeck curbed expectations of his house and Brussels.

The federal government therefore has no choice but to directly help consumers and companies deal with the high energy prices. As ntv learned from government circles, low and middle earners should receive an "inflation premium" of between 800 and 1,500 euros. There should also be one-off payments for pensioners, transfer money recipients and students. There is also a heating allowance in addition to the housing allowance and an extension of the short-time work allowance. Including the EU electricity market reform, such a package would largely correspond to the ideas of the SPD parliamentary group, which had put together its own proposal for relief.

"We need a massive package for relief across society," said Lindner. This implies that the Ampel meets Lindner's demand for the abolition of cold progression, even if it costs a lot of money and means more savings in absolute terms for high fortunes than for smaller incomes. Lindner also mentioned the scope for relief: in the current year a single-digit billion amount, in the coming year a double-digit billion amount. The scope, according to the presentation, is also the result of forward-looking financial planning.

Lindner and Habeck made it clear what would rather not happen: Lindner still considers an excess profit tax to be legally and organizationally complicated. Habeck considers a gas price cap for the basic supply of consumers to be too expensive, too little targeted and too bureaucratic. There is agreement that the 9-euro ticket will actually have a successor. "Volker Wissing has achieved something groundbreaking, namely clearing the tariff jungle in Germany for three months," Lindner praised his finance minister and - like never before - the 9-euro ticket. Now, with the involvement of the federal states, Wissing wants to introduce a successor that costs only a fraction of the 14 billion euros that the 9-euro ticket costs for the year as a whole.

"You can't say no to achieve such an innovation in public transport with a fraction," said Lindner. It will be interesting to see how much the successor will cost. The Greens would like a nationwide ticket for 49 euros and a regional monthly ticket for 29 euros. The SPD also has a 49-euro ticket in mind, while the federal FDP is likely to make the amount largely dependent on the willingness of the states to co-finance. For example, if the federal government were to provide two billion euros a year, it would be up to the states to make their contribution.

The very fact that Porsche enthusiast Lindner in Meseberg spoke affectionately of the "public transport" after he recently suspected supporters of the 9-euro ticket of the "free mentality" indicates a new attitude to a relief measure that Lindner is under pressure the traffic light partner can no longer refuse anyway. The situation is likely to be similar with the direct payments in the relief package and the reform of the electricity market.

It remains to be seen when the public will find out more about this. Chancellor Scholz praised his government for having ruled "without night meetings" and "even without piercing". The fact that the last negotiations on the second relief package lasted well into the morning hours and information on the third relief package is already circulating should not disturb the apparently envisaged image of an unchanged unified government coalition.

1 "A fraction of the cost": Lindner gives... 2 "It will then be threatening": Stadtwerke... 3 Not just because of the tank discount: why diesel... 4 Barça star seriously injured: Aubameyang suffers... 5 14 on the ceiling, Berlin in view: DBB wants a medal... 6 Despite a major fire in early August, the Senate is... 7 The rumor mill is bubbling: are these three also moving... 8 42 kilometers through New York: Ashton Kutcher trains... 9 Driving CX-60 e-Skyactiv PHEV: Mazda comes with a... 10 Mecklenburg-Western Pomerania: Truck with 26 tons... 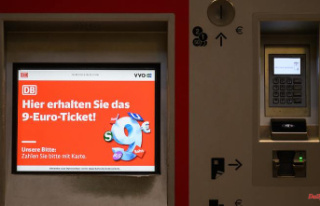 "A fraction of the cost": Lindner gives...