Kaliningrad is part of Russia, but is 1,000 kilometers from Moscow, sandwiched between Lithuania and Poland. 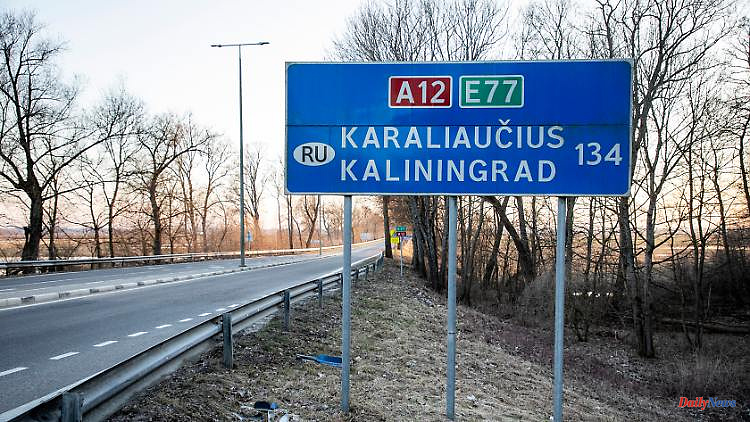 Kaliningrad is part of Russia, but is 1,000 kilometers from Moscow, sandwiched between Lithuania and Poland. In order to enforce sanctions, Lithuania has recently restricted Russian rail traffic through its territory. A violation of international law?

Political leaders in Moscow have reacted angrily to Lithuania's restrictions on rail transit between Russia's Baltic exclave of Kaliningrad and the Russian mainland. The "beginning blockade" of Kaliningrad violates international law, wrote the deputy head of the Russian Federation Council, Konstantin Kosachev, on his Telegram channel that night. The Kaliningrad exclave lies between Lithuania and Poland. It is only about 500 kilometers from Berlin, but more than 1000 kilometers from Moscow.

"As an EU member state, Lithuania violates a whole range of legally binding international legal acts within the framework of sanctions (national law), which affect not only the obligations of Lithuania itself, but also those of the EU as a whole," wrote Kosachev, one of Russia's top foreign policy leaders. The partnership agreement between the EU and Russia stipulates that neither side will disrupt the transit of the other. If things continue like this, the West will probably soon question the freedom of the seas and block sea access to Kaliningrad, Kosatschow claims.

Goods that are on Western sanctions lists have not been allowed to be transported between Kaliningrad and Russia on the transit line through Lithuania since Saturday. According to the head of the Kaliningrad regional administration, Anton Alikhanov, this concerns 40 to 50 percent of all goods in transit, such as building materials and metals.

For weeks, talk shows on Russian state television have been clamoring for a "corridor" from core Russia to Kaliningrad. That would mean a Russian attack on NATO members Latvia and Lithuania. More than 1,000 Bundeswehr soldiers are already stationed in Lithuania to support the partner countries. Last week, Chancellor Olaf Scholz announced that Germany would continue to expand its troop presence on NATO's eastern flank.

1 "Partygate", Rwanda, Northern Ireland: Dead... 2 Two dead in Kabul: IS claims to have attacked Sikh... 3 'Time is of the essence': Johnson: Must... 4 Ukraine needs help for a long time: Stoltenberg: war... 5 The night of the war at a glance: Selenskyj: Will... 6 How much power does Mélenchon get?: Macron has to... 7 If necessary, without a debt brake: Lang: "No... 8 The day of the war at a glance: Navalny exposes Gazprom... 9 Second disaster in a month: Iranian fighter jet crashed... 10 Successes for Höcke and Chrupalla: The AfD wants... 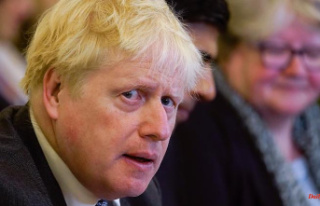