London sees no change: fighting in Ukraine continues despite ceasefire

Moscow speaks of complying with the 36-hour ceasefire ordered by Putin and merely being in defensive mode. 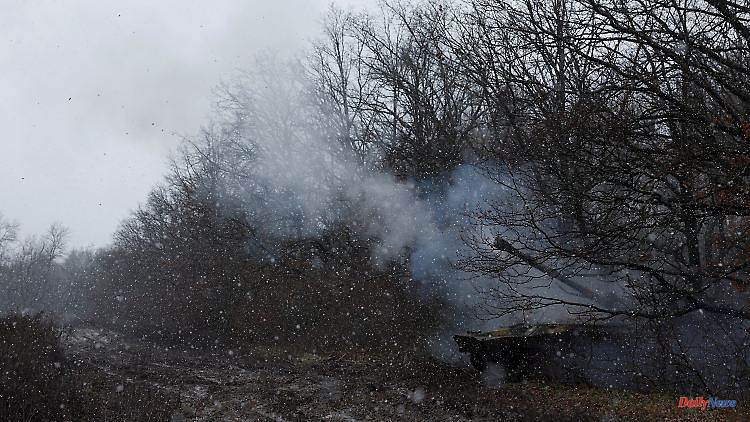 Moscow speaks of complying with the 36-hour ceasefire ordered by Putin and merely being in defensive mode. The British secret service contradicts this representation and sees hostilities at the usual level despite the orthodox Christmas season.

Despite the unilateral cease-fire ordered by Kremlin chief Vladimir Putin, the Russian army said it responded to Ukrainian attacks during the orthodox Christmas celebration. "All positions of the Ukrainian army from which the shelling came were crushed by Russian forces returning fire," said Defense Ministry spokesman Igor Konashenkov.

There were combat operations in the Donetsk, Cherson and Zaporizhia regions. Regardless, Konashenkov claimed Russia is sticking to the self-imposed 36-hour ceasefire, which was officially due to end at 10 p.m. ET in the evening.

British intelligence, on the other hand, said fighting in Ukraine continued at normal levels during the orthodox Christmas period. One of the hardest-fought areas is still around the city of Kreminna in the Luhansk region, according to the daily summary report from the British Ministry of Defence. "For the past three weeks, fighting around Kreminna has concentrated on the densely forested area west of the city."

Because the forests provide some privacy from aerial observation, even in winter, both sides are likely to have difficulty timing artillery fire accurately, British experts said. As usual, infantrymen would be deployed in the forest areas - soldiers who primarily fight on foot and at close range.

Putin announced the temporary ceasefire on Thursday, citing the Christmas festival that many Orthodox Christians celebrate on January 7th. Ukraine, however, rejected this as a hypocritical propaganda gesture and continued its attempts at reconquest. There can be no peace as long as Russian troops occupy Ukrainian territory, sources in Kyiv said. In addition, the Russian forces would use the time for a re-formation. Many international observers also doubted from the start that the Russian arms would really remain silent.

1 A confusing step, nothing else: Putin uses the "ceasefire"... 2 What investors need to pay attention to: Outlook 2023... 3 Ronaldo gone, Rashford shines: "Unstoppable"... 4 Air India admits mistake: manager arrested after peeing... 5 The "crime scene" in the quick check: Broken... 6 Bavaria: Hiking instead of skiing on the last holiday... 7 North Rhine-Westphalia: Skiing in the countryside:... 8 Baden-Württemberg: acid attack on woman at front... 9 Parallel to predecessor: Tehran appoints new controversial... 10 War in Ukraine and its consequences: Feld economist:... 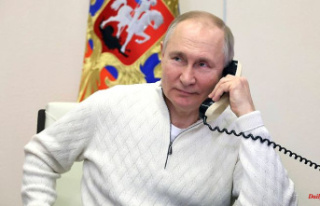 A confusing step, nothing else: Putin uses the "ceasefire"...