Because of the corona pandemic and the attack on Ukraine, the debt brake was suspended twice. 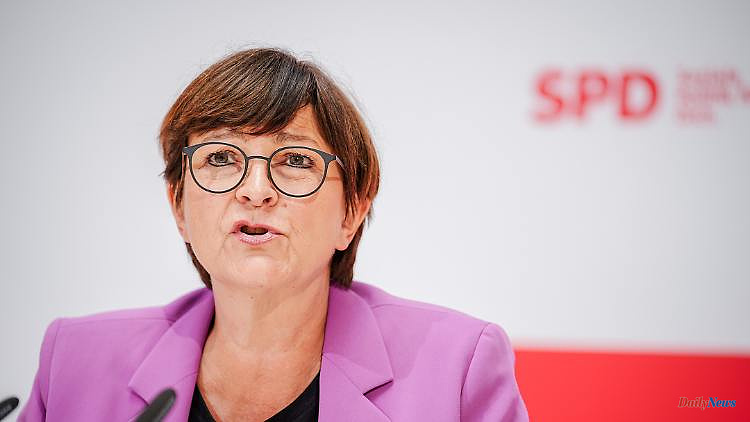 Because of the corona pandemic and the attack on Ukraine, the debt brake was suspended twice. From next year it should apply again - actually. SPD leader Esken is in favor of not using them any longer. The current crises required further relief.

SPD leader Saskia Esken has spoken out in favor of not applying the debt brake requirements in the coming year either. "I think we have to suspend the debt brake again," said Esken in ZDF's "Summer Interview". In view of the current crises, the federal government must "organize long-term relief," she said. The financial consequences of these crises are not yet foreseeable.

With her demand, Esken contradicted the coalition partner FDP, which is calling for a return to the debt brake for the coming year - the "traffic light" had also recorded this return in its coalition agreement. Federal Finance Minister and FDP leader Christian Lindner recently presented a draft budget for 2023 that is based on the rules of the debt brake. Esken said that the Bundestag must now clarify in the upcoming budget deliberations whether this is really feasible.

The Green Youth also called for the suspension of the debt brake in 2023, as well as an energy price ceiling and a permanent 9-euro ticket. After a state council of the Green junior organization, the chairwoman Sarah-Lee Heinrich said: "Many people already don't know how they are going to make ends meet at the end of the month, while the prices in autumn and winter will rise to even more astronomical heights ." That is why the federal government must act now and protect people. She described the suspension of the debt brake in 2023 as “there was no alternative”.

The debt brake laid down in the Basic Law states that the federal government may normally borrow up to a maximum of 0.35 percent of gross domestic product. In addition, deviations are permitted to a limited extent "in the event of an economic development that deviates from the normal situation". For the years 2020 to 2022, the Bundestag saw such an emergency and decided to exempt it from the debt brake - the corona pandemic was the focus twice, this year also the Ukraine war.

In the interview, Esken rejected another concern of the FDP: the demand for tax cuts. These are "not a method of relieving the population on a large scale," said the SPD leader. "We have to find other ways." High-income earners who pay a lot of taxes would benefit most from tax cuts. "They serve little for middle-income earners, and they don't serve low-income earners at all."

Regarding the current situation in view of inflation and the energy crisis, Esken said: "There is cause for concern." Middle and low-income recipients in particular needed further support. She spoke out in favor of suspending terminations by energy suppliers of customers who could not pay their energy bills - she considers such a moratorium to be "urgently necessary". To finance relief, "certainly a contribution from very high incomes" will be necessary, she added.

Consumer Protection Minister Steffi Lemke from the Greens had suggested protecting citizens from power and gas cuts in the event of late payments in the event of a further escalation of the energy crisis. "In the event of an absolute crisis, the Federal Network Agency may allow energy companies to pass on increased prices to consumers despite a price guarantee," said the consumer protection minister. In such a crisis situation, nobody should have their electricity or gas cut off because they are in arrears with a bill. 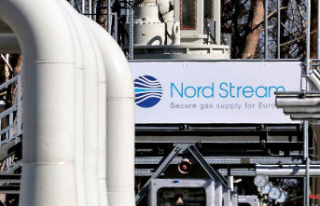 How expensive will the gas crisis be?: What consumers...