The investigative committee into the attack on the US Capitol lets the public participate in statements by former Trump confidants about his voter fraud fantasies. 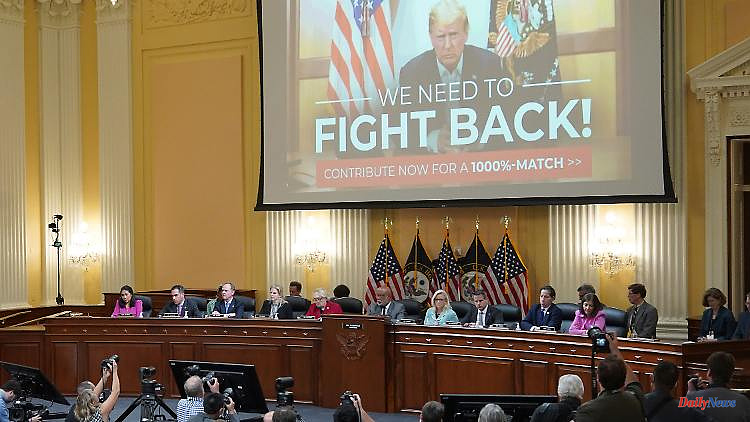 The investigative committee into the attack on the US Capitol lets the public participate in statements by former Trump confidants about his voter fraud fantasies. "Complete nonsense", "stupid", "crazy": not only the ex-Justice Minister's memories are remarkable.

Several high-ranking people close to ex-US President Donald Trump have openly denied his allegations of voter fraud and election-victory fantasies. At a hearing in Congress, the committee of inquiry into the storming of the US Capitol showed video recordings of various private witness interviews, in which several former government members and campaign advisers clearly distanced themselves from Trump's actions. Ex-Attorney General William Barr and others called Trump's fraud allegations "insane." Barr said the 75-year-old had increasingly "lost touch with reality".

To this day, Trump claims without evidence that he was deprived of victory in the 2020 presidential election by electoral fraud. For weeks he tried to use the most questionable methods to subsequently overturn the election victory of his democratic challenger Joe Biden. His camp failed with dozens of lawsuits against the election results. Opposition to the outcome of the election culminated in the attack on the Capitol, which the investigative committee in Congress is working on.

Trump supporters violently stormed the seat of parliament in Washington on January 6, 2021. Congress met there to certify Biden's election victory. Five people died as a result of the riots. Trump had recently incited his supporters at a rally that his election victory had been stolen. He then had to face impeachment proceedings, at the end of which he was acquitted.

For months, the investigative committee had questioned hundreds of witnesses behind closed doors and viewed large amounts of documents and evidence. The panel is now revealing its findings in a series of public hearings.

In its first public meeting last week, the panel had already shown video recordings of an interview with Barr, in which he accused Trump. More powerful statements from the ex-minister followed. "I felt like it was possible to reason with the president before the election," Barr said. After the election, however, Trump stopped listening. "I was a bit demoralized because I was like, 'Boy, if he really believes this stuff, he's lost touch with reality,'" Barr said of Trump's allegations of voter fraud.

Barr called them "complete bullshit" and "stupid". He emphasized: "I told him that the stuff that his people dish out to the public is bullshit." Former acting Deputy Attorney General Richard Donoghue also said he had repeatedly told the President that the allegations of voter fraud were unfounded.

Trump's campaign manager at the time, William Stepien, should have appeared live as a witness at Monday's hearing. However, due to the birth of his child, he canceled his participation in the meeting at short notice. Instead, video clips of him from a previous survey were also shown. Stepien said that on election night it was far too early to announce any outcome. He advised Trump to say exactly that when he appeared in front of his supporters and to refer to the ongoing count. However, Trump saw it differently. The Republican had claimed victory over Biden on election night - without any basis.

Trump's campaign adviser at the time, Jason Miller, also said he advised the president not to declare a victory until there was a better overview of the numbers. Miller reported on various scenes in the White House on election night. When the Fox News broadcaster announced a critical victory for Biden in the state of Arizona, anger and disappointment spread, and concern "that our numbers might not have been correct". When asked if anyone in attendance had drunk too much alcohol, Miller named Rudy Giuliani. The former mayor of New York was one of the big advocates of voter fraud allegations alongside Trump.

Several witnesses were highly critical of Giuliani and others who kept whispering new conspiracy theories to Trump in the campaign against the election outcome - including an alleged technical manipulation of the vote count. "I thought what they suggested was crazy," said former Trump attorney Eric Herschmann. Trump's son-in-law, Jared Kushner, when asked if he'd ever told the president his opinion on Giuliani, said he made it clear "that would be "fundamentally not the approach I would take if I were you." However, Trump replied that he trusted Giuliani.

The next public hearing of the committee of inquiry is scheduled for this Wednesday (10 a.m. local time/4 p.m. CEST). The committee intends to publish a final report in September.

1 Paris and Prince at Tony Awards: Michael Jackson's... 2 Frogs. Isere: A biker who is killed in a collision... 3 Plants. Fall of heavy cyclists on ViaRhona 4 Legislative 2022. Live: Gabriel Attal says that "Rebellious... 5 Drome. Montelimar fire: The TER line is cut, a house... 6 New data from the Gaia probe: Milky Way map shows... 7 Ardeche. Pradons: A house that has been completely... 8 Rhetoric alone is not enough: Selenskyj demands a... 9 New law on Northern Ireland: London wants to soften... 10 How Social Media Video Trends Vary Between Platforms 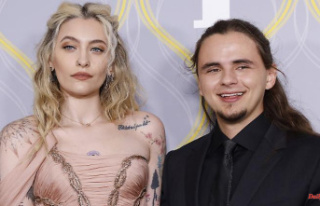