For years, the German government planes have been making headlines with breakdowns. 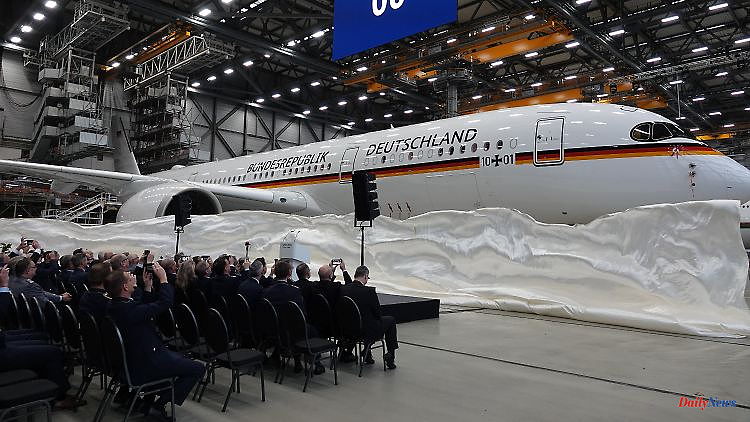 For years, the German government planes have been making headlines with breakdowns. Berlin is now getting a new plane for long business trips. The plane is part of a billion dollar order from 2019.

The federal government is getting a new long-haul aircraft for its business trips. After extensive conversion work, Lufthansa Technik handed over a new government aircraft of the type Airbus A350 to the Bundeswehr's flight readiness, as the company announced. In the future, it will transport officials such as Chancellor Olaf Scholz, ministers and members of the Bundestag around the world. For the first time, they can use a new type of special equipment, which Lufthansa describes as a "full government cabin".

According to Lufthansa, the interior of the new government Airbus has a structurally separated part for "political-parliamentary flight operations". There, chancellors, ministers and other officials have conference rooms at their disposal. The rest of the plane is intended for the accompanying delegation. According to Lufthansa, the Airbus was christened in the name of the first Chancellor, Konrad Adenauer.

In 2019, the federal government ordered a total of three new A350 government aircraft. The Ministry of Defense put the total cost at 1.2 billion euros. A first A350 was already delivered in 2020, but it does not have the new government cabin.

The fleet of government aircraft has been a hot topic for years due to breakdowns. Most recently, Finance Minister Christian Lindner had to return from Washington on a scheduled flight in mid-October due to a defect. The A350 is one of the most modern commercial aircraft. The twin-engine jet has an average range of 15,000 kilometers.

1 At the end, billions in profits: Siemens is rushing... 2 "Good looks help too": Ronaldo sees himself... 3 Cheeky departure brings second action: Lewandowski... 4 Case about girls in Attendorn: youth welfare office... 5 Injuries 'life-changing': car crashes into... 6 'I'm not a hypocrite': Brendan Fraser... 7 "Heart to heart" with her baby: Jasmin Wagner... 8 Spreadable fat in the Öko-Test: In the case of butter,... 9 In Germany only as a PHEV: New edition of the Toyota... 10 Baden-Württemberg: SPD calls for the technology officer... 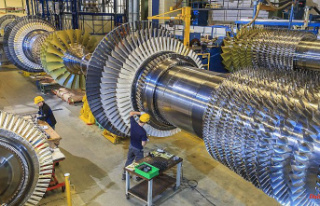 At the end, billions in profits: Siemens is rushing...