The corona pandemic caused setbacks in the fight against other infectious diseases such as AIDS, tuberculosis and malaria. 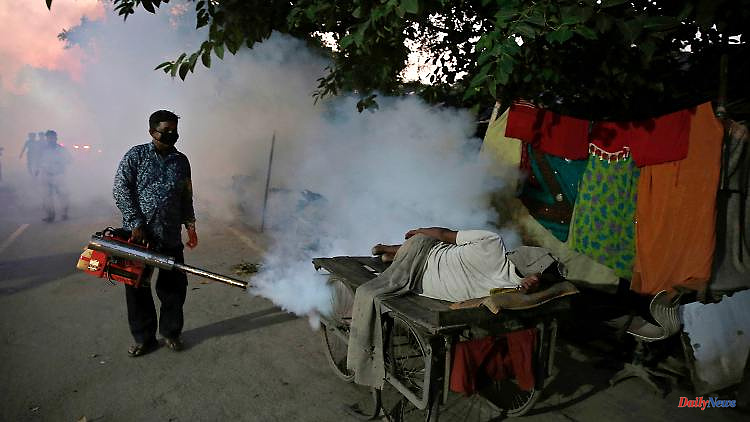 The corona pandemic caused setbacks in the fight against other infectious diseases such as AIDS, tuberculosis and malaria. Affected patients have often been left behind in recent years. Now the Development Ministry is increasing the funds and paying a lot of money into an important fund.

The Federal Government is significantly increasing its contribution to the global fight against AIDS, tuberculosis and malaria. Germany will contribute a total of 1.3 billion euros to the global fund against the three diseases in the years 2023 to 2025, 30 percent more than recently, announced Federal Development Minister Svenja Schulze from the SPD in Berlin. Development aid organizations welcomed the German government's financial commitment.

Schulz emphasized that the corona pandemic has recently caused "considerable setbacks" in the fight against AIDS, tuberculosis and malaria. Lockdowns, overburdened hospitals and interrupted supply chains have led to the interruption of treatments in many places - with drastic consequences for those affected. "That's why we are increasing our contribution to the global fund by 30 percent to get the fight against diseases back on track," said the minister.

AIDS, tuberculosis and malaria are among the most common infectious diseases worldwide. Ending these epidemics is one of the global sustainability goals that the UN wants to achieve by 2030. The global fund, founded in 2002, plays an important role in this. Since the beginning of the corona pandemic, however, the fund has complained about significant regression in the fight against the three diseases. For example, since 2020 the number of HIV tests has decreased and fewer people infected with HIV have started treatment.

A replenishment conference for the global fund will be held in mid-September on the fringes of the general debate at the UN General Assembly in New York. A total of at least USD 18 billion (EUR 18.1 billion) is to be mobilized for the period from 2023 to 2025 so that the existing programs of the fund can continue. Germany provided a total of one billion euros for the years 2020 to 2022, making it the fourth-largest state donor to the fund.

"The global fund is the most important instrument for fighting HIV, tuberculosis and malaria," explained the German Foundation for World Population. The course correction of the federal government is "important and right". This is the only way that setbacks due to the corona pandemic can “be made up for”. The development aid organization ONE called the commitment of 1.3 billion euros a "strong signal". In this way, Germany is helping "to save millions of people".

"The corona pandemic is a punch in the pit of the stomach for everything we have achieved in global health," explained Stephan Exo-Kreischer, Director of ONE Germany. The number of deaths from tuberculosis has risen again for the first time in 15 years, and the fight against HIV and AIDS has been set back years. Contributions like Germany's are therefore "essential so that we can turn things around," explained Exo-Kreischer.

1 Volume of 675 million dollars: USA promises Ukraine... 2 "Wrong signal": US delegation in Taiwan... 3 Replacement for Tornado and Chinook: Lambrecht expects... 4 In a noble villa in Milan: the crisis group Uniper... 5 Curious case in Brazil: a woman has twins from different... 6 "It was a tsunami": Schlesinger: I underestimated... 7 "Baywatch" character had consequences: Zac... 8 "Music is much more complicated": Pete Doherty... 9 A new one for the Kolle-Kiez: Patrick Fernandez mixes... 10 "Please, darling! Pee noises!": "Summer... 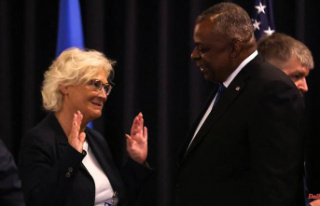