When he visits Berlin, the Ukrainian parliamentary speaker only wants one thing from Germany: heavy weapons, as many as possible and as quickly as possible. 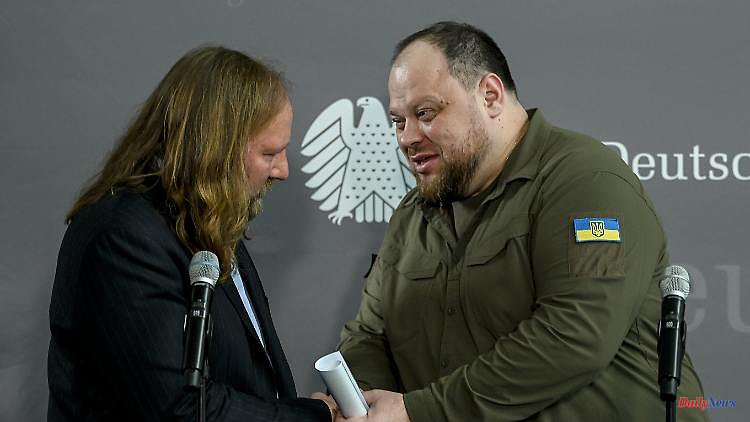 When he visits Berlin, the Ukrainian parliamentary speaker only wants one thing from Germany: heavy weapons, as many as possible and as quickly as possible. Stefantschuk will personally convey his tank wish list to Chancellor Scholz at tomorrow's meeting.

During his visit to Berlin, the President of the Ukrainian Parliament, Ruslan Stefantschuk, called for the delivery of German Leopard and Marder tanks to Ukraine. "Of course, what we need most is modern weapons. We can also fight and hold out with old weapons from old stocks, but the newer weapons are more efficient," he said after a meeting with members of the Bundestag, according to the official translation. "That's why we're expecting both the martens and the leopards."

Stefantschuk welcomed the fact that Chancellor Olaf Scholz announced in the Bundestag that more heavy weapons would be delivered to Ukraine. However, he emphasized that these must now be delivered quickly. Around 100 people are killed and around 500 wounded every day in Ukraine. "It would therefore be nice if the time (...) between the decision and the actual delivery was kept as short as possible." Stefantschuk will also meet Scholz and Federal President Frank-Walter Steinmeier on Friday.

Scholz announced three new weapons deliveries on Wednesday in the general debate in the Bundestag: Ukraine is to receive the IRIS-T air defense system and a Cobra-type artillery tracking radar from German industry. In addition, four MARS II multiple rocket launchers with a range of up to 40 kilometers are to be supplied from Bundeswehr stocks. Two more heavy weapon systems had already been promised beforehand: 50 Gepard anti-aircraft tanks and seven Panzerhaubitzen 2000 - heavy artillery pieces.

In addition, Ukraine would like to see more modern weapons from NATO countries. The German armaments company Rheinmetall has offered to deliver Marder armored personnel carriers and the much larger and more powerful Leopard main battle tanks to Ukraine. According to the federal government's plans so far, these tanks are only to be used for the so-called ring exchange. Countries like the Czech Republic and Greece are to receive them as compensation for the delivery of old Soviet-design tanks to Ukraine. The waiver of a direct delivery is justified by the fact that the Ukrainian soldiers handle Soviet weapon systems better and could use them immediately.

The chairmen of the Bundestag committees for foreign affairs and Europe, the Social Democrat Michael Roth and the Green Anton Hofreiter, supported Ukraine's desire to become a candidate for membership of the European Union. The EU Commission wants to make a recommendation on this in June, but the federal government has not yet taken a position. Hofreiter said candidate status would be "a sign of hope towards Ukraine". Roth emphasized that at the meeting of MPs with Stefantschuk, a large majority spoke out in favor of an accession process "without fast-track procedures, without detours, without discounts".

1 First tremble, then cheer: Magdeburg's handball... 2 Bribe money for judicial reports: senior public prosecutor... 3 "I love my country": Anna Netrebko raves... 4 The day of the war at a glance: Russians advance in... 5 The West must be prepared for a "long-term war... 6 Eastern Pyrenees Murder near Perpignan: The victim's... 7 Service canceled: Queen feels "some discomfort"... 8 Royalty. Elizabeth II's Jubilee - The Queen will... 9 With the next Corona wave: Scholz does not want any... 10 After Erdogan's announcement: Moscow warns Turkey... 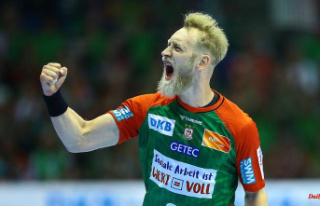