After the United States announced that it would deliver Patriot systems to Ukraine, the CSU put pressure on the federal government: you must follow your words with deeds, says CSU General Secretary Huber on ntv. 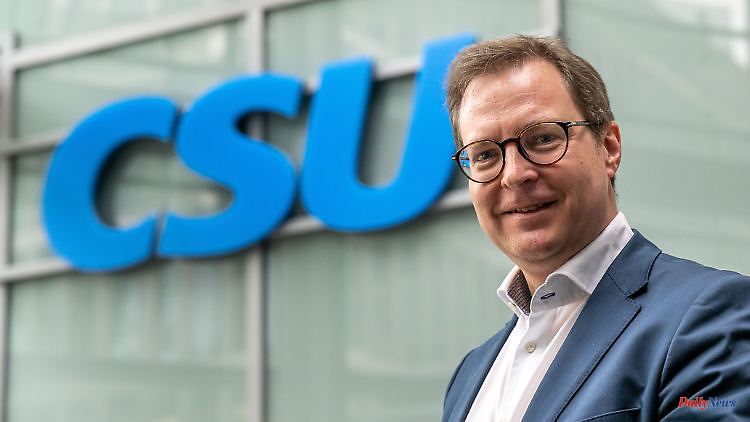 After the United States announced that it would deliver Patriot systems to Ukraine, the CSU put pressure on the federal government: you must follow your words with deeds, says CSU General Secretary Huber on ntv. He also demands battle tanks for the invaded country.

In view of the delivery of the Patriot air defense system from Washington to Ukraine, the CSU has called on the federal government to do the same as the USA. In the course of the Ukraine war, it was found that supporting Ukraine with weapons helped the most, said CSU General Secretary Martin Huber on ntv's "Frühstart". "And in this respect, we naturally also call on the federal government to follow words with deeds and to support Ukraine even more with weapons, including Patriot missiles."

Huber reiterated the CSU's demand for the delivery of Leopard battle tanks to the country attacked by Russia. "Here too, Ukraine must be supported, as I just mentioned."

On Wednesday, the US government officially announced that it would deliver the Patriot air defense system to Ukraine for the first time. It is part of a new $1.85 billion military aid package for Ukraine, the US State Department said. According to the Pentagon, the package includes a Patriot battery and ammunition. The Patriot air defense system can repel aircraft, cruise missiles, drones and missiles even at a greater distance. It is likely to complicate Russia's missile and drone attacks on civilian infrastructure in Ukraine.

In the "early start" the CSU general secretary not only criticized the hesitant attitude towards arms deliveries, but also the energy policy of the federal government. "Olaf Scholz has announced that whoever orders leadership will get it," said Huber. "I have the impression that the only thing Olaf Scholz can keep is a diary, but certainly not a federal government." The traffic light still stands for "a huge tohuwabohu". This applies in particular to the price brakes on gas and electricity announced from March. "Nobody knows how they should be handled. The public utilities don't know how to deal with them."

The federal government welcomed the delivery of the Patriots to Ukraine on Wednesday. The training of the Ukrainian soldiers on the systems could "possibly take place in Europe and even more possibly in Germany," said government spokesman Steffen Hebestreit. But that has not yet been decided. Germany initially does not want to deliver Patriots to Ukraine itself. Hebestreit said that three such systems have only just been promised to Poland and that no more are currently available. But he also pointed out that Germany had already delivered other types of air defense systems to Ukraine.

Also on Wednesday, Defense Minister Christine Lambrecht said on Deutschlandfunk, when asked whether Germany was also planning to deliver Patriots, that it was important for the federal government to support its alliance partners. This is done with the stationing of German patriots in the NATO country Slovakia, which gave up its air defense systems to Ukraine very early on. One now also supports the NATO partner Poland with Patriots. The German Iris-T air defense system was handed over to Ukraine. Next year, the SPD politician said, three more such systems will be delivered.

1 Microphone faux pas in New Zealand: Minutes of Parliament... 2 Biden "doesn't want peace": Russian... 3 Demand is falling: jumps in real estate prices are... 4 First competitive game after the World Cup: Man United... 5 "As soon as possible": Angelique Kerber... 6 "Squeeze more and more out of lemon": Ex-FIFA... 7 "Barney" in round 3 against Price: darts... 8 "A shocking amount of resentment": Füllkrug... 9 Traditional drawing begins: All of Spain is now hoping... 10 The prince is touched: Albert is "really proud"... 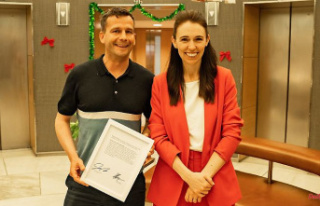