Merkel talks about war for the first time: she is fine and has nothing to blame herself for

Angela Merkel took almost half a year to wean herself from the chancellery. 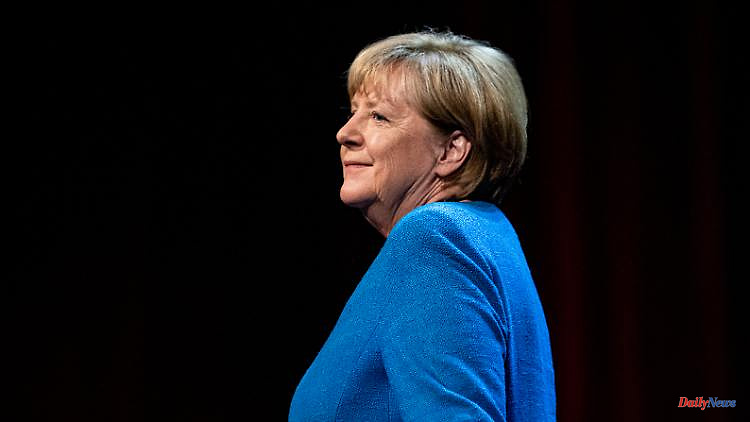 Angela Merkel took almost half a year to wean herself from the chancellery. At her first public appearance since then, the former Chancellor presented herself in the best of moods to chat - but she had a few things to clarify on the subject of Russia and Ukraine.

First of all, the good news is that she is fine. Angela Merkel not only says that, she also radiates it on this June evening on the theater stage of the Berliner Ensemble. It's a commonplace that politics is addictive, all the more so the longer and more senior the junkie has been in the company. As she reported to her interviewer, the journalist Alexander Osang, the Chancellor was on rehab in winter: "Five weeks alone on the Baltic Sea. Surprisingly, I didn't get bored." Merkel has listened to audio books, "Mac Beth" and "Don Carlos", walked along the beach with a hood over her head and has found that she "can cope with this new phase of life and can also be very happy".

So the jump has been made for the time being and so a new Merkel, the former Federal Chancellor, is back on the public stage for the first time to get involved with world events as well as with her own balance sheet. "Tomorrow it will be exactly six months since I saw the last picture of myself in the Chancellery," Merkel calculates. But it is not this near-anniversary that is the reason for her appearance, but the publication of a book in which three speeches from Merkel's term of office are collected. But the book is at most a side note in the almost 90 minutes of talk time in front of a packed theater and the audience who follow the performance on television or online.

"I'm sitting there in the foyer and signing this book," Merkel will say at the end, adding that she only signed this book and nothing else. Merkel in sales mode, so to speak, but the three speeches are just greetings from the kitchen. Merkel is also announcing a book in which she will trace "the long lines" of her chancellorship. The long-time head of government is not uncomfortable with advertising on her own behalf either, on the contrary: If someone accuses her of only making feel-good appointments, "then I say yes," Merkel confesses to her new freedom and thus elicits laughter in the hall and a few frenetic Twitter comments.

Chatting happily, deliberately aiming for a few punch lines: After 30 years in politics and 16 years at the helm of Europe's largest economic power, the 67-year-old gives a foretaste of what could come: an elder stateswoman who will continue to enjoy it that people pay attention to it without interfering in day-to-day politics. She gets involved with anecdotes about the little myths of her tenure, such as Putin's attempt to intimidate when he received the German head of government with a large Labrador in Sochi. Osang wants to know whether Putin might not have known about her fear of dogs. "Whoever believes it will be saved," Merkel replies. At that moment she said to herself: "A brave Chancellor has to deal with a dog like that." Laugh again.

But the recognition in the room is only one factor in her lively, bubbling flow of words. Merkel also has something to say: Since the beginning of the Russian war of aggression against Ukraine, her part in the German handling of Vladimir Putin's Russia has been discussed in recent years, only Merkel has so far remained silent on the matter. She noticeably burns under her fingernails to clarify "what I read on the Internet."

So within 15 minutes the conversation turns from strolling along the Baltic Sea coast to civil wars in the East and that remains, how could it be otherwise, the dominant theme of the evening. She often asked herself whether she could have done more to prevent the war, says Merkel. "It's a great sadness that it didn't work out, but I don't blame myself for not trying." In particular, she still thinks her no to NATO membership in 2008 was correct. "Back then, Ukraine was a country ruled by oligarchs, and you can't just say, tomorrow we'll accept you into NATO."

In addition, it was certain that Ukraine's NATO candidate status would have prompted Putin to do something "that is not good for Ukraine." Putin viewed the West as an enemy and felt constantly humiliated by it. Even if it's all wrong: "I knew how Putin thinks."

Merkel also cleared up another accusation: "I didn't believe that Putin would be changed through trade," she says. But the fact that mutual interdependencies could enclose Russia. After 2014, the annexation of Crimea, the uprising in Donbass orchestrated by Russia, the relationship with Putin cooled down and no longer went beyond the pure working level. Merkel reminds that she enforced the maintenance of the EU sanctions and that they could have been made more severe. Better equipment for the Bundeswehr - "That's the only language he [Putin] understands." - did not fail because of her as chancellor, but because of her coalition partner, the SPD, Merkel maintains.

The last point in her Ukraine balance sheet: the Minsk agreement and the Normandy format, i.e. the joint negotiations between Putin, Volodymyr Zelenskyy, Emmanuel Macron and Angela Merkel, were correct. The war was stopped for the time being and the Ukrainian soldiers who were surrounded in Debaltseve in 2015 were saved. "The 6,000 people in Debaltseve are still breathing down my neck," says Merkel, emphasizing that the Franco-German mediation between Moscow and Kyiv gave the attacked country important breathing space. "These seven years were very, very important for the development of Ukraine." Berlin and Paris deliberately left arms deliveries to Ukraine to other Western nations in order to remain in the role of mediator. "That was division of labour."

These attempts to correct public opinion indicate that Merkel is very concerned about her image and her balance sheet. Merkel, for example, emphasizes without being asked her part in Germany not being headless in February when the Ukraine war escalated. Merkel recalls that she introduced her then Vice-Chancellor Olaf Scholz as her successor on the international stage in the weeks between the federal elections and the formation of a government. "I was at peace with myself that the transition of government went very well," says Merkel, praising the three-party alliance excluding her CDU: "I can't imagine not having any confidence in this government." , she says of her successors. "That would be very oppressive."

She is asked about her relationship with the CDU and its chairman Friedrich Merz, her long-time adversary. The long-time leader of the CDU can't think of much about Merz or her party. "The fact that two such interesting personalities rubbed against each other has now found an interesting continuation," says Merkel about Merz. The fact that the Sauerland was chosen to be her successor "that's the way it is". And: "I wholeheartedly wish the CDU all the best." You can find out more about this in the announced book or at future "feel-good dates". 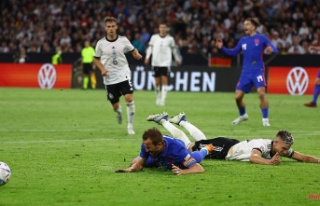