Merkel will probably also be summoned: the Bundestag wants to work through the Afghanistan disaster

The dramatic images went around the world: almost a year ago, people were desperately trying to get to Kabul airport to catch a flight from Afghanistan. 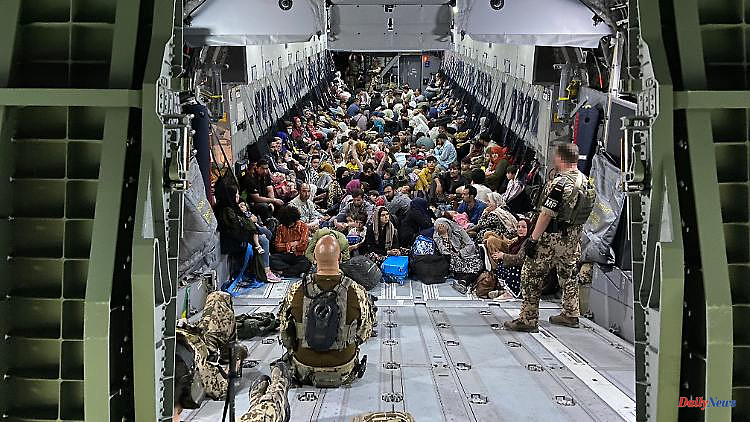 The dramatic images went around the world: almost a year ago, people were desperately trying to get to Kabul airport to catch a flight from Afghanistan. Because the Taliban had taken power - and many people feared their revenge, some to this day. It was the inglorious end of a 20-year German engagement in the Hindu Kush.

The SPD, Greens and FDP already agreed in the coalition agreement to review the Afghanistan mission. "We want to work through the evacuation mission of the Afghanistan mission in a parliamentary committee of inquiry," it says. The overall deployment should also be evaluated "in a commission of inquiry with scientific expertise". After a first reading in June, both bodies are now being used by the Bundestag. They have different objectives, working methods - but also different legal options. Questions and answers about this:

Why is there an investigation?

Shortly after the hasty withdrawal of the Bundeswehr and other troops from Afghanistan and the chaotic evacuation of the capital Kabul, calls for an explanation of the events arose. Especially since the Taliban were able to quickly conquer large parts of the country in July and August 2021 and took the capital Kabul almost without a fight - without foreign secret services having given sufficient warning.

The foreign representatives in the country were correspondingly unprepared, and the evacuation of the German embassy and the rescue of German citizens, for example, and the rescue of German citizens, as well as representatives of political or non-profit organizations and local staff who supported the Afghanistan mission - especially the lack of them - were dramatic Protection from the Taliban's revenge has been vehemently criticized by aid organizations, for example.

According to the motion by the SPD, CDU/CSU, Greens and FDP to set up the committee, it should clarify "how the assessments of the situation and decisions by representatives of federal authorities came about" - why the situation was assessed so incorrectly and whether errors during the Bundeswehr withdrawal and the evacuation were made. To this end, the parties have agreed on dozens of questions, ranging from the question of decision-makers and an evaluation of communication with allies to the available data from local forces.

Is this about the entire Afghanistan mission?

no According to the application, the investigation is limited to the period from February 29, 2020 to September 30, 2021. In February 2020, the then US President Donald Trump and the Taliban signed an agreement in Doha, in which the gradual withdrawal of the USA - and thus other international troops - was agreed. The Islamists committed themselves to peace talks with the then Afghan government and to participate in the government. So the date is the beginning of the end of the Afghanistan mission.

The end of the investigation is given as the end of September 2021 - at that time the last US soldiers left Kabul airport. In addition, the Bundestag mandate ended at the time, with which soldiers had been sent for military evacuation from Afghanistan. The regular Bundeswehr deployment as part of the Resolute Support training mission had already ended at the end of June 2021.

Both the AfD and the left criticize that the committee of inquiry does not process the entire Afghanistan mission. However, the traffic light coalition and the Union point out that this period of 20 years would have exceeded the investigation - the Enquete Commission should take care of that (see below). The AfD is therefore submitting its own motion for a sub-committee to "review German political, military and civil engagement in Afghanistan from 2001 to 2021" - which, however, has no chance of being accepted. The left has already announced that it will abstain from the vote.

How will the committee of inquiry work?

The committee of inquiry will have twelve full members, depending on the strength of the parliamentary groups. SPD and Union each have three members, Greens and FDP two each, and AfD and Left Party one member each. The SPD politician Ralf Stegner is to hold the chair. The committee of inquiry is formed in accordance with Article 44 of the Basic Law. He has certain parliamentary rights and can also enforce them. For example, courts and administrative authorities are obliged to provide legal and administrative assistance and must grant access to files, for example. The Investigation Committee Act of 2001 also applies.

The rules of the Code of Criminal Procedure apply in the committee - witnesses may be summoned and must answer truthfully. However, courts are not bound by the results of the committee's investigations. At the end, the committee will submit a report to the Bundestag, which will also include any dissenting opinions. The problem with the committees, however, is that the reports can also be motivated by party politics and, for example, avoid criticism of one's own previous government actions.

Will there be celebrity hearings?

Part of the committee's work is, above all, that witnesses and experts are summoned and questioned. In this case, this affects decision-makers from the time of the Bundeswehr withdrawal. The committee chairman Stegner "firmly assumes" that the then Foreign Minister Heiko Maas from the SPD and the then Defense Minister Annegret Kramp-Karrenbauer from the CDU will be questioned as witnesses, as he said to the SPD party organ "Vorwarts". The then Chancellor Angela Merkel will also "probably" be summoned.

Will there be surprises?

The committee of inquiry will presumably not bring any big news to light. There shouldn't be any personal consequences either, at least not for the political decision-makers of the time who are no longer in office. It's not about "telling Minister X or Minister Y what they did wrong. Rather, we want to deal with the mistakes that were made and learn from them," said Stegner.

However, it is quite possible that the committee will determine a systematic failure in assessing the situation in Afghanistan - and call for consequences or reforms here. The lack of help in rescuing Afghan local workers could also play a bigger role. To date, many of them have not been brought to safety.

Why is an additional commission of inquiry on Afghanistan set up?

The committee of inquiry should specifically deal with the end of the Afghanistan mission and the evacuation mission. This limitation makes perfect sense, because it would be difficult to accommodate the entire 20-year commitment of the Bundeswehr in the country in a committee of inquiry - and then summarize it in a report to the Bundestag. This would take a long time - and there is an increasing risk that the committee's work will be politically influenced, for example, by the forthcoming federal election campaign.

Instead, traffic light parties and the Union resort to the form of an inquiry commission. This is to be called "Lessons from Afghanistan for Germany's future networked engagement" and will be officially used by the Bundestag on Friday. The SPD politician Michael Müller is to become chairman. The AfD parliamentary group wants to submit its own motion entitled "Establishment of a commission of inquiry 'Evaluation of the interdepartmental commitment in Afghanistan and consequences for a future foreign policy in German interest'".

How does a commission of inquiry work?

The word enquete is derived from the French "enquête" (investigation). However, unlike a committee of inquiry, the body is not supposed to clear up a scandal or investigate possible misconduct. Rather, it is about consulting on a complex topic that affects large parts of society. There were corresponding commissions, for example, on demographic change or "Internet and digital society". In addition, not only members of parliament sit in a commission of inquiry, but also experts. In this case, there should be twelve each.

The legal basis is not the Basic Law, but the rules of procedure of the Bundestag. Accordingly, the Commission has fewer legal powers. Unlike a committee of inquiry, such a commission is less concerned with investigating past events and more with preparing future decisions - recommendations for legislation are recorded in a final paper. It is currently planned that the results will be available after the parliamentary summer break in 2024.

What should the Afghanistan Commission be about?

The commission is to "have the task of comprehensively reviewing the entire German foreign, security and development policy commitment in Afghanistan between 2001 and 2021," as the coalition and Union motion states. The aim is to "draw lessons for Germany's future military and civilian international engagement and the networked approach". The networked approach means that military and civilian engagement should complement each other.

In contrast to the committee of inquiry, the task of the commission of inquiry is deliberately kept more general. The question is raised as to why, despite initial successes, "the military and civil stabilization measures (...) have not contributed to lasting peace in the country". However, the Commission will not clarify specific misconduct by individual institutions or authorities and politicians. Rather, it is intended to develop "concrete impulses and recommendations for action for political decision-makers".

1 After pressure from his own cabinet: Media: British... 2 "Go now": New Treasury Secretary calls on... 3 By more than an eighth: Lindner wants to cut grants... 4 More accidents in 2021 than in the previous year:... 5 Forest fire in Lieberoser Heide: "Only rain can... 6 "Interpol, Europol, BKA": Strong increase... 7 With Nicole Kidmann and Dua Lipa: Kim Kardashian makes... 8 The most important questions: This is what you should... 9 Bavaria: Two seriously injured after a small plane... 10 Mecklenburg-Western Pomerania: After a series of fires... 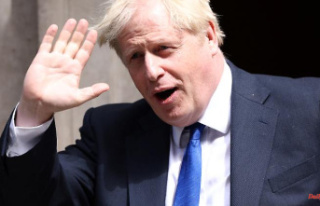 After pressure from his own cabinet: Media: British...