What the makers of the Kassel Documenta didn't understand: anti-Semitism leads to self-dismantling. 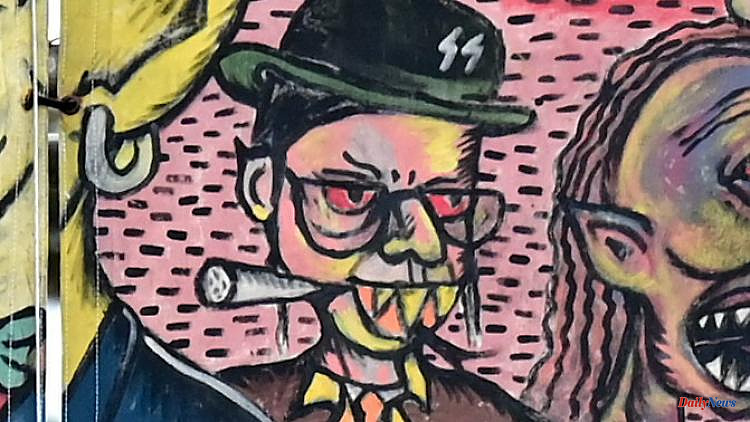 What the makers of the Kassel Documenta didn't understand: anti-Semitism leads to self-dismantling. There are a number of historical examples of this, especially from German history.

Of course, anti-Semitism is a curse. What else? The liquidation even more than the discriminatory, because of course destruction is worse than degradation. But even discriminatory anti-Semitism often does not end with inhuman, mostly ignorant opinions, but has always, historically almost always, acted as the initiation of liquidational, criminal, mass-murdering hatred of Jews. In Nazi Germany, the previously discriminatory hatred of Jews ended in the murder of six million Jews, known as the "Holocaust".

No wonder Hell-Deutschland says no to the Dark-German legacy in any form. Without thanks and regardless of whether hatred of Jews of any kind grows on home soil, in the Global North or Global South: hatred of Jews is hatred of Jews. Even when it is disguised as "freedom of art" or "freedom of opinion," as was recently done in connection with the Documenta.

Anti-Semitism or hatred of Jews, like all generalizing "antis" that disregard or despise the individual, is not only inhuman, but stupid. Ultimately, anti-Semites harm themselves and their communities. They inflict massive amounts of damage, including mass murder, on Jewish individuals. Historically, however, they have strengthened the Jewish collective in its cohesion and will to survive, and therein lies its blessing, if you will. You could call it dialectic. In other words, nothing can be understood without its opposite.

Specifically: First the Holocaust, i.e. the murder of six million Jews, then the Jewish resurrection in the Jewish state of Israel, founded in 1948, and even in the "land of the murderers". Here four times: first the Jewish new beginning in West Germany, mostly through the few Polish survivors of the Nazi extermination hells, who got stuck in Germany, so to speak. Then by the approximately 200,000 Jews who immigrated from the former Soviet Union from 1990/91. Thirdly, since the mid-1990s, around 30,000 Israelis for whom their homeland is too hard and who therefore love the once bloodthirsty and now extremely soft multicultural Germany. Fourth, 2022, Jewish refugees, including Holocaust survivors, from Ukraine.

The damage to people, morale and material that Germany inflicted on itself through National Socialism is not only illustrated by the photos and films of destroyed German cities from May 1945. The self-inflicted and long-term cultural, scientific and thus also economic bloodletting had already begun in 1933. Immediately after the Nazis seized power, the expulsion and murder of Jews began. No community drives out and murders its functional elites with impunity, especially the Jews, who historically everywhere and always are absolutely loyal, peaceful and who increase the common good.

World history teaches that the following applies not only to Germany's Jew haters and murderers: "Only the very stupidest calves choose their own butcher." The innovative science and economy, especially in the USA and Israel, still benefit today from the foundation that the Jewish refugees from Hitler's Germany laid there. Apart from immigrants and a few other exceptions, such as the vaccine inventors Uğur Şahin and Özlem Türeci, Germany is still at a disadvantage in the field of groundbreaking innovations.

The medieval expulsions of Jews from Western and Central Europe, including Germany in the High Middle Ages, offer additional object lessons. They caused Poland's rise to become a major European power from the 14th to the early 18th centuries. The modernizing knowledge and will of the Jewish refugees was also decisive. Above all, however, the foresight of the Polish king Casimir the Great (1333-1370), who allowed the Jews expelled from Germany and Western Europe to immigrate to his monarchy. Beyond morality, this course was extremely beneficial for Poland in terms of development policy.

The sultan of the Ottoman Empire Bayezid II (1481-1512) acted no differently after the Jews were expelled from Spain in 1492 and from Portugal in 1497. The tolerance, the "endurance" of the Jews brought additional income to his already aspiring empire: economic, scientific, cultural and political. Bayezid II thankfully made fun of the anti-Jewish stupidity of the Spanish and Portuguese kings. Brandenburg also owes its rise to the far-sighted strategy and at least functional tolerance of the Great Elector. In 1671 he took in Jews expelled from Vienna and from 1685 Huguenots expelled from France.

Conclusion: Tolerance is worth it, intolerance is not worth it. Even more: Jew hatred, the expulsion or even persecution and annihilation of this loyal, creative and structurally peaceful world minority leads in any case to self-dismantling in the medium and long term, sometimes also in the short term. More and more Arab states have now understood this towards Israel. Kassel, large sections of the German cultural milieu and Indonesia have not yet reached this Israeli and Jewish political message.

The historian Michael Wolffsohn examines "the curse and blessing of anti-Semitism" in detail in his book "Another Jewish World History", Herder-Verlag 2022

1 Oleksandr Usyk and Anthony Joshua 2: A rematch will... 2 Google will delete family planning visitation data... 3 With doubled bitcoin value: Maastricht University... 4 The government intends to restart Saint-Avold's... 5 The "crime scene" in the quick check: murder... 6 Kettles, mobile phones, toasters: Supermarkets have... 7 Mecklenburg-Western Pomerania: mass brawl among harvest... 8 This is a great idea for a family trip. Under the... 9 Saxony-Anhalt: accident with two injured: driver with... 10 Baden-Württemberg: Around 4000 teachers will be unemployed... 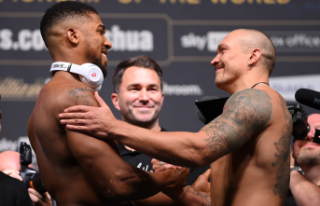 Oleksandr Usyk and Anthony Joshua 2: A rematch will...