Microphone faux pas in New Zealand: Minutes of Parliament auctioned off for a good cause

After a heated debate with ACT leader Seymour, New Zealand Prime Minister Ardern mumbles an insult into her microphone. 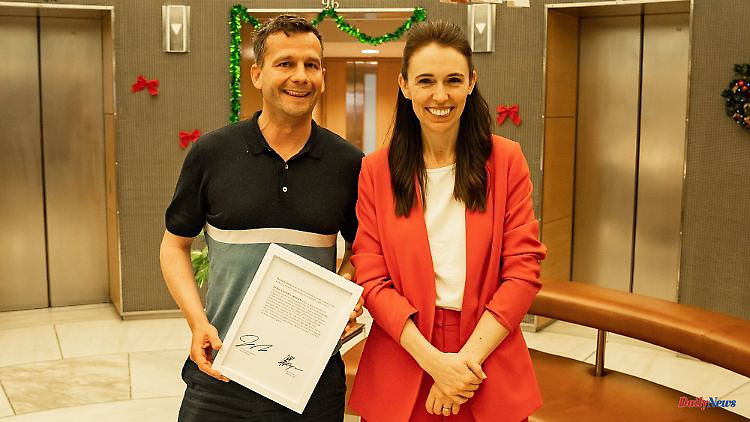 After a heated debate with ACT leader Seymour, New Zealand Prime Minister Ardern mumbles an insult into her microphone. The comment is recorded in the official minutes of Parliament - and is now being auctioned off. Where the almost 60,000 euros should go is already clear.

A verbal slip-up by New Zealand Prime Minister Jacinda Ardern has surprisingly contributed to a good cause: the signed transcript of a heated exchange in parliament fetched more than $63,000 (around 59,200 euros) at an online auction. During last week's exchange of blows, Ardern described her opponent David Seymour as an "arrogant prick" (arrogant asshole). She didn't expect such a turn after the "faux pas with the old microphone in Parliament," Ardern wrote in online media. The proceeds will go to the New Zealand Prostate Cancer Foundation.

A microphone had recorded Ardern muttering the insult as she returned to her seat. Seymour then asked the Speaker of Parliament for an apology from the Prime Minister - so her remark had to be recorded. Seymour later came up with the idea of ​​using the episode as an opportunity to work together for a good cause. According to him, Ardern immediately agreed. Both politicians then signed a copy of the protocol, which was framed before the auction.

1 Biden "doesn't want peace": Russian... 2 Demand is falling: jumps in real estate prices are... 3 First competitive game after the World Cup: Man United... 4 "As soon as possible": Angelique Kerber... 5 "Squeeze more and more out of lemon": Ex-FIFA... 6 "Barney" in round 3 against Price: darts... 7 "A shocking amount of resentment": Füllkrug... 8 Traditional drawing begins: All of Spain is now hoping... 9 The prince is touched: Albert is "really proud"... 10 First interview after prison: Boris Becker "gains... 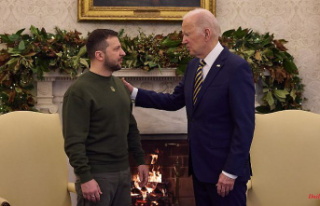