Middle East expert Zimmt: "The world could live with an Iranian bomb, but not Israel"

During his visit to the Middle East, US President Biden threatened the military option to stop Iran's nuclear ambitions. 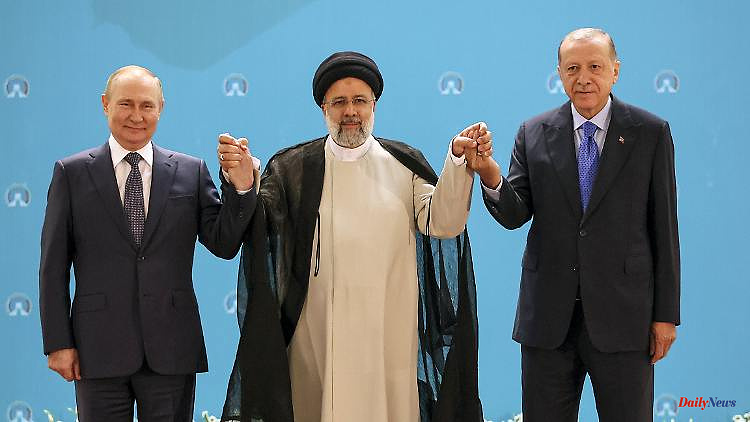 During his visit to the Middle East, US President Biden threatened the military option to stop Iran's nuclear ambitions. In an interview with n-tv.de, Middle East expert Dr. Raz Zimmt from the Institute for National Security Studies and the "Alliance Center" for Iranian Studies at Tel Aviv University describes the precarious situation.

On his first official visit to the Middle East, US President Joe Biden threatened the military option as a last resort to halt Iran's nuclear ambitions. In an interview with n-tv.de, Middle East expert Dr. Raz Zimmt from the Institute for National Security Studies and the "Alliance Center" for Iranian Studies at Tel Aviv University describes the precarious situation.

ntv.de: US President Joe Biden recently declared that "an Iran with nuclear weapons would be the only thing worse than the current Iran." Was his trip to the region a warning to the leadership in Tehran?

Raz Zimmt: No, because there are still misunderstandings between Israel and the US as to where the red line is on Iran's nuclear program. Until the mullahs' state can actually develop nuclear weapons for military use - even at 90 percent uranium enrichment - there is still time for Washington to act. Israel thinks differently: Tehran should not cross the point of no return. So after Biden's visit, the different positions remain. While the US is not yet ready for a military option, the Jewish state wants a common strategy for an attack on the nuclear facilities.

But didn't Kamal Kharazi - the head of the Strategic Council on Foreign Relations - and adviser to Ayatollah Ali Khamenei just recently say that Iran is capable of building a nuclear bomb?

He made it very clear that Tehran has not yet made a decision on when they will declare themselves a nuclear power. Mohammad-Javad Larijani - another adviser to the Ayatollah - mentioned Iran's commitment to the Khamenei "nuclear fatwa". But should the regime decide to produce nuclear weapons, nobody will be able to stop them. Ultimately, we are faced with a worrying status quo that Iran is on the verge of becoming an emerging economy.

Is there a way to revive the nuclear deal (JCPOA) with Iran?

A few months ago it might have been possible. But Chamenai does not want the JCPOA to return. Iran believes that it would be better for its economic problems if the sanctions were neutralized and not lifted. That means they want to figure out how to adapt to be less vulnerable. With the help of China and the diversification of the economy, they have taken some measures to do so.

Tehran believes that the JCPOA has not given them any economic benefits. For them, the termination of the agreement by former US President Donald Trump was further evidence of a breach of trust. But even with a deal renewal, they know most European companies won't do business with them. In addition, nobody can guarantee them that in two years the Republicans will not be in power again in the USA. It is therefore a risk for Khamenei to reverse the nuclear advances made since 2019 in favor of a temporary lifting of sanctions.

What role should the international community play, such as the European Union?

Not much other than economic pressure. The many sanctions have worsened the economic situation in Iran since 2018, but this has not led to the political goal. Tehran was not forced to make further concessions. On the contrary: it has reinforced their uncompromising position. The EU found no solution to deal with the situation. While Brussels and Washington could impose more tough measures, it hasn't worked in the past and it won't work in the future.

Could China and Russia put pressure on Iran?

Basically yes, but they don't want that. Moscow is working to even increase its cooperation with Tehran at the military level by buying drones to use in Ukraine. While Beijing has reduced its economic ties with the mullah state since the deal, it has helped it evade sanctions on the oil deal. Thus, at the moment, there will be no cooperation with the US against Iran on the Russian-Chinese side. Unless they are about to become a nuclear power. Neither Russia nor China want that.

But can this alliance - experts call them the Five Kings - Tehran, Moscow, Ankara, Beijing and radical Sunni Islamism - which seeks to undermine Western civilization, become a new threat to the free world?

Iran believes that the US and the West are in decline and that it itself belongs to the emerging world order led by former empires. These are strategic allies where there is room for coordination and cooperation on issues such as oil, business, and the military. But they are also rivals in the same areas, such as in Syria. So it's more of a partnership than a coalition against the West.

A verse from the Qur'an says that a devout Muslim "should spread fear in the hearts of the enemies of Allah." Will Tehran secretly produce nuclear warheads despite pressure from world powers?

US and Israeli intelligence will make it difficult for them to covertly enrich 90 percent uranium. Iran actually never wanted to have nuclear weapons, only to become a nuclear state in order to be in a position to produce them if necessary. This means that if their country's security is threatened and they need the nuclear deterrent against their enemies, they want to be able to produce the bomb as quickly as possible.

How much does the Iranian people support the ayatollahs and their nuclear program?

One has to distinguish between the Iranians who oppose the regime and those who are willing to take action against it. The majority of the population hates the mullahs. They are fed up with corruption and economic problems, especially the younger generation, who are unwilling to accept the same ideology of Islamic revolution.

This is pure utopia. This has to do not only with the regime's repressive capabilities, but also because the Iranians do not know what the alternative will be after a change of power. In contrast to the 2009 protests - which came from Tehran's educated young middle class, which is much more politically oriented - the current demonstrations come from the lower classes of society. So the difference between the civil unrest of the late 1970s and today is that there is no coalition between different political and social groups.

Do you think that the shadow war between Israel and Iran, which has now been going on for more than two decades, for example through the liquidation of nuclear researchers and officers, can influence the mullah regime's nuclear program?

Certain covert activities can certainly delay this process. The problem with Iran is that their nuclear researchers already have the knowledge. You can't take that away from them. This gives them the ability to develop UAVs, ballistic missiles and, under the possible circumstances, weapons of mass destruction. Israel can damage their nuclear power plants, liquidate people like the important physicist Mohsen Fakhrisadeh, but in the end it's only a matter of time before they replace it all.

Biden spoke of the military option as a last resort to stop Iran from developing a nuclear bomb. Would this really end Tehran's nuclear ambitions, or just delay it for years?

A successful attack by Israel or the US would only result in a delay of a few years. The only real solution to the Iranian threat would be regime change and democratization of the country. But this would have to come from within the population and not from outside pressure.

The military option would mean a multi-front war for Israel. Would the US militarily assist the Jewish state in a threatened attack by Iran and its proxies?

Certainly, especially if the US had given Israel the "green light" for a military option against Iran. The crucial question is not just how the mullahs' state and its proxies will react, but what such an attack on the nuclear facilities would mean. If such a pre-emptive strike were to delay Tehran's nuclear program for five or ten years, Israel might risk a confrontation with the Lebanese terrorist militia Hezbollah, which is armed to the teeth.

The risk of a wildfire is very high. So will the world have to live with an Iranian bomb just as it learned to accept a Pakistani one?

The world could live with an Iranian bomb but not the Jewish state as it sees it as an existential threat. Also, their successful nuclear ambitions could have a domino effect across the region.

Wouldn't this scenario be a Cold War-style "stalemate"?

From the Israeli point of view there are two problems that speak against it: On the one hand, these are the Iranian state doctrine - this includes the annihilation of the Jewish state - and on the other hand that, in contrast to the Cold War, there were no "open channels" like the famous "red telephone " are.

Will Israel then reactivate the Begin Doctrine?

The pre-emptive strike, designed to prevent Israel's enemies from producing weapons of mass destruction, has been used successfully twice so far: in 1981 against Iraq and in 2007 in Syria. Should Iran become a nuclear power, Jerusalem could most likely adopt this doctrine. But such an attack would only delay Tehran's ambitions. 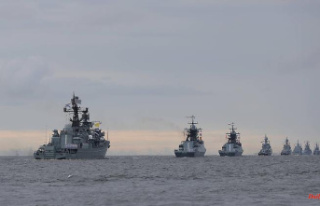