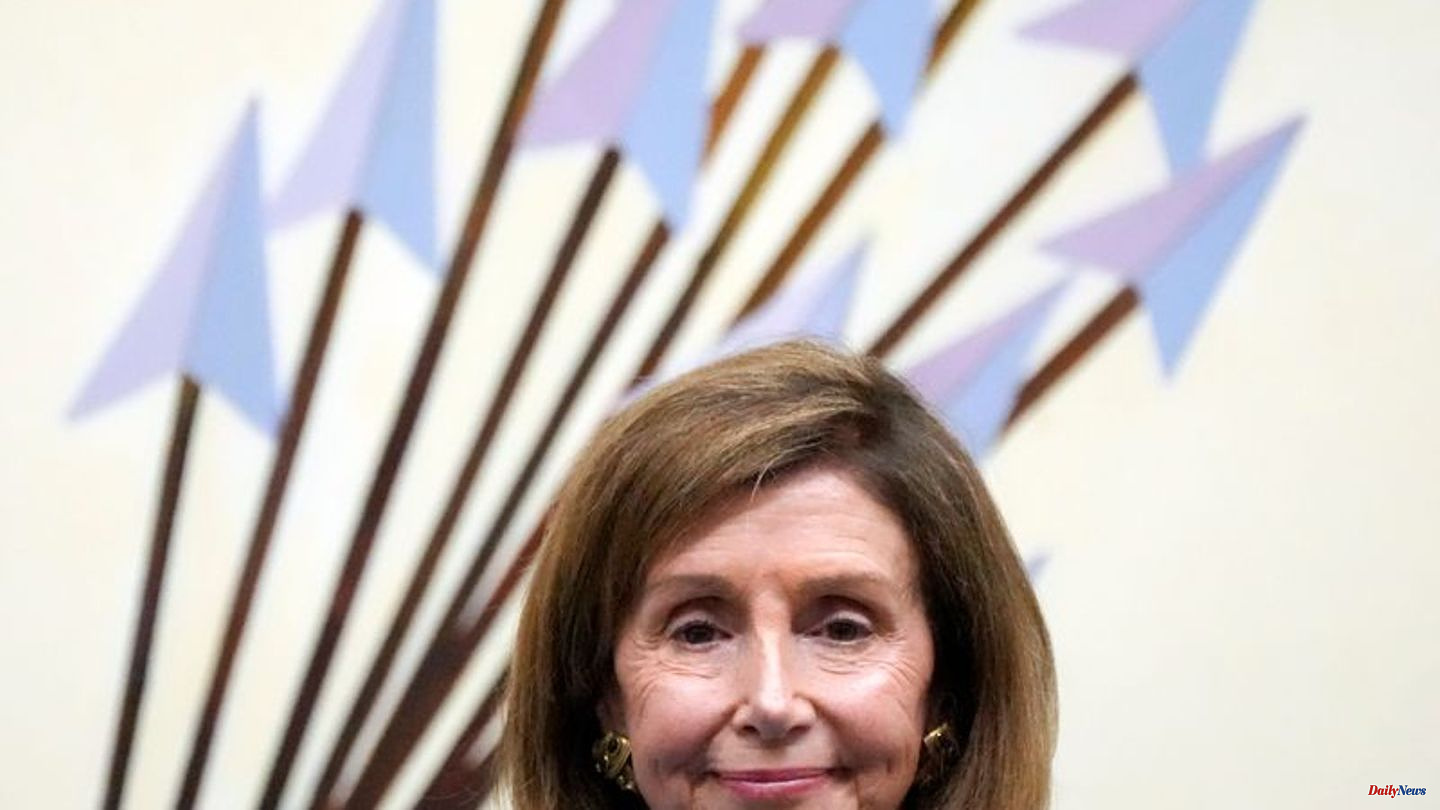 China has imposed unspecified sanctions on US House Speaker Nancy Pelosi. As the Foreign Ministry reported on Friday in Beijing, the punitive measures are also aimed at direct family members of Pelosi.

The United States and Taiwan had previously accused China of escalating tensions around the democratic island republic and called for restraint. In the storm of criticism, China and Russia demonstrated solidarity on Friday, describing themselves as true guardians of international law. A trip by the Human Rights Committee of the Bundestag could cause a stir: The MPs want to travel to Taiwan at the end of October, as the German Press Agency learned.

The communist leadership refuses such official contacts with Taiwan because they claim the island for themselves. Beijing sees self-governing Taiwan as part of the People's Republic and threatens to conquer it. The 23 million Taiwanese, on the other hand, see themselves as independent. In response to the visit of US House Speaker Nancy Pelosi to Taiwan, China launched large-scale maneuvers on Tuesday. It was the highest-ranking visit from the United States in a quarter of a century.

US Secretary of State Antony Blinken accused China of wanting to change the status quo in the Taiwan Strait with the missile tests and military exercises. At the meeting of the Southeast Asian international community Asean in Phnom Penh, Cambodia, Blinken said there was no justification for the military provocations following the peaceful visit of US House Speaker Nancy Pelosi to Taiwan, as quoted by a Western representative, according to Bloomberg news agency.

Taiwan's President Tsai Ing-wen called the maneuvers and missile exercises "irresponsible". In a video address, the President urged the Chinese leadership to exercise common sense and exercise restraint. Taiwan will not escalate tensions but wants to maintain the status quo.

The President thanked the G7 group of the seven leading industrial nations, which includes the European Union, for their support. The G7 had expressed concern and stressed that there was no reason to use a visit as a pretext "for aggressive military activities". In Beijing, ambassadors from EU countries and Japan, as well as EU representatives, were summoned to the Foreign Ministry, where they were handed a formal protest against the G7 statement. Germany currently holds the presidency of the G7.

Further upsets are expected from the long-planned visit of the Human Rights Committee of the Bundestag to Taiwan. The trip is scheduled to take place between October 22nd and 30th and, in addition to Taiwan, will also go to Japan and the Chinese special administrative region of Hong Kong, as dpa learned from MPs. MEPs from all six parliamentary groups are expected to take part in the trip.

China's protests would not be a reason for the CDU politician Michael Brand to refrain from the trip. China's leadership must be careful not to become "just a threat-spewing dragon." Despite all the threatening gestures, the democracies of this world will not be left in the lurch - on the contrary: "If we take ourselves seriously, then we must finally take China seriously and reject the threat."

At the ASEAN meeting in Phnom Penh, China's Foreign Minister Wang Yi accused the US of "provocations" and "interference in internal affairs". China's chief diplomat found support from his Russian counterpart Sergey Lavrov. Against the background of Russia's war of aggression against Ukraine, Lavrov described Moscow's alliance with Beijing as a "pillar" of international law, as quoted by the Interfax agency.

The maneuvers in six sea areas around Taiwan, which will run until Sunday, aim at a naval and air blockade and serve to prepare for a possible invasion. It is China's largest demonstration of power in decades. The US government accused China of overreacting and "significant escalation".

At the end of her trip to Asia, US top politician Pelosi met Japan's Prime Minister Fumio Kishida in Tokyo. In addition to Taiwan, she had previously visited Singapore, Malaysia and South Korea.

1 Nuclear weapons: UN: North Korea prepares first nuclear... 2 "The resistance will be even stronger than in... 3 Naturalization: Bayern guard Weiler-Babb is now playing... 4 The government caught up in the historic drought in... 5 "We are running towards disaster": Corsica... 6 With coffee and apple spritzer: Wolfgang Schäuble... 7 Taiwan: will China cut off the island from the rest... 8 With coffee and apple spritzer: Wolfgang Schäuble... 9 Astronomy: "Curiosity" on Mars for ten years 10 German cities are going dark. What does that mean... 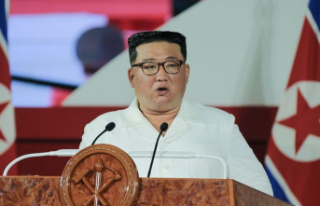