What is the government doing about the fact that many companies are going bankrupt in the face of price increases? In the budget debate, Economics Minister Habeck parried attacks by the opposition, which accused him of being helpless and clueless. 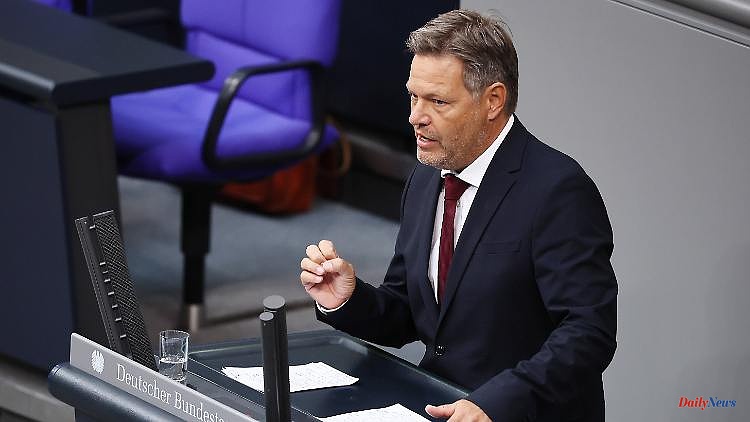 What is the government doing about the fact that many companies are going bankrupt in the face of price increases? In the budget debate, Economics Minister Habeck parried attacks by the opposition, which accused him of being helpless and clueless. He outlines plans for comprehensive aid.

In view of the escalating energy and economic crisis, Federal Economics Minister Robert Habeck announced comprehensive aid for companies in the Bundestag, he spoke of a "broad rescue package". "We will protect German companies and German medium-sized companies," said Habeck in the budget debate. This should be done for a limited time, until efforts at national and European level to curb the high electricity and gas prices would take effect.

Habeck referred to the existing energy cost containment program for industry. This should now also be open to small and medium-sized companies. However, in the long run it will not be possible "to subsidize the high prices," the minister admitted. Therefore, the government will "change the electricity market design in such a way that cheap costs are passed on to consumers".

This is more complicated on the gas market, but there should also be corresponding efforts to lower prices. As early as October, the government wants to set up a mechanism to reduce companies' gas consumption in exchange for compensation. However, part of the problem is also a "demand shock" as many people are spending less because of the high prices. "We will take measures to ensure that people in Germany have enough money to consume," Habeck said.

Habeck sharply rejected the tough attacks by the CDU/CSU against him in the past few days. The "sound of self-criticism" that was evident in the general debate the day before required an answer, said the Green politician. "The Union ruled this country for 16 years," said the minister. The current government, on the other hand, will clear that up in a few months.

In the current situation, "perhaps we should also reconsider what role the opposition and government sometimes play," Habeck warned the Union to exercise restraint. Habeck accused the Union of "opposition ringing and would-be economic policy."

With a view to the current lack of Russian gas supplies, the Economics Minister said: "We have been independent of Russian gas for a week" and "the storage facilities continue to fill up". The costs are high, but after Russian deliveries were stopped, the price "didn't explode". In addition, it was possible for the first time to agree on deliveries of gas to Germany with France and to start a test operation for this.

1 "Beautiful and civilized": Kim Jong Un plans... 2 0.5 or even 0.75 percentage points?: The ECB is about... 3 65 billion euros: What does the relief package really... 4 Barça coach Xavi speechless: Robert Lewandowski is... 5 Shortly after Tedesco was thrown out: RB Leipzig relies... 6 Is Jürgen Klopp threatened with expulsion ?: "Nightmare"... 7 Harry and Meghan in Dusseldorf: the Bundeswehr donated... 8 "Doomsday Glacier" in Antarctica: Glacier... 9 Bavaria: Man seriously injured in an accident 10 Bavaria: High-risk group: Alt-OB Ude does not want... 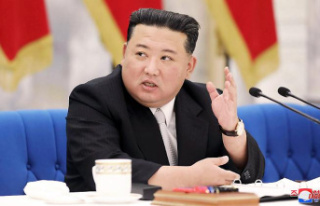