US F-35 fighter jets are set to retire the Bundeswehr's aging Tornados. 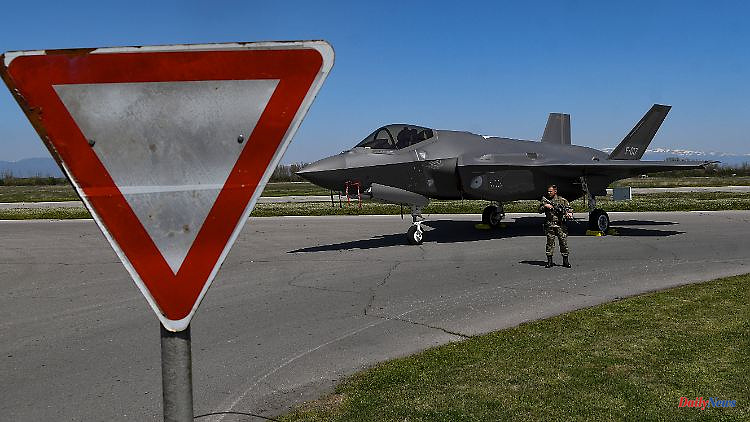 US F-35 fighter jets are set to retire the Bundeswehr's aging Tornados. But the Ministry of Defense apparently has reservations about the purchase. Now there should be a crisis meeting in the Bendlerblock at the beginning of the week.

There is dissatisfaction among members of the budget committee in the Bundestag about possible risks with the planned purchase of the stealth jet F-35. The "Bild am Sonntag" reported that there should be a "crisis meeting" with the responsible committee members this Monday. The trigger is a secret template in which the Ministry of Defense warns of significant risks in the business.

It is unclear whether the Bundeswehr will have the airfield in Büchel (Rhineland-Palatinate) converted in time for the F-35 jets by 2026. "Therefore, delays and additional costs until the start of flight operations cannot be ruled out," the newspaper quoted from the template. In addition, there is a risk that national approval for flight operations may not be granted in a timely manner.

SPD politician Andreas Schwarz, chief reporter on the defense budget committee, told the "Bild am Sonntag": "It is unacceptable that Parliament is only now finding out about the problems. I expect the ministry to provide a comprehensive explanation of how the risks in wants to get a grip. Here they are trying to get rid of responsibility."

The federal government has announced that it intends to equip the Luftwaffe with F-35 stealth jets. The machines from the US manufacturer Lockheed Martin are to be procured as the successor model to the Tornado fleet introduced more than 40 years ago.

The F-35 is considered the most modern combat aircraft in the world and is also purchased for Germany's so-called nuclear participation - this is a NATO deterrent concept in which allies have access to US nuclear bombs. According to unconfirmed information, the last of these weapons in Germany are in special bunkers in Büchel.

1 In the occupied territories: NASA: Kremlin stole billions... 2 Are armies using winter as a break?: US intelligence... 3 "Comfortable" for Moscow: Selenskyj criticizes... 4 Head of the monarch too big: royal crown is for Charles... 5 Multi-year timetable required: Parliamentary Commissioner... 6 Longing for normality: Germany is at a crossroads... 7 Consequence after Brexit: Great Britain out of top... 8 Fury's victory is a boxing carnage: "It... 9 Stadium pays homage to "centipede": Magician... 10 Verbal violence: Everyone hates me because of my job 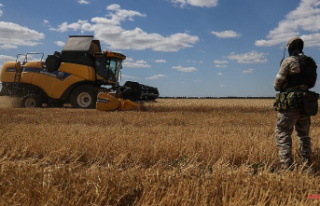