North Korea has launched a ballistic missile over Japan for the first time in five years. 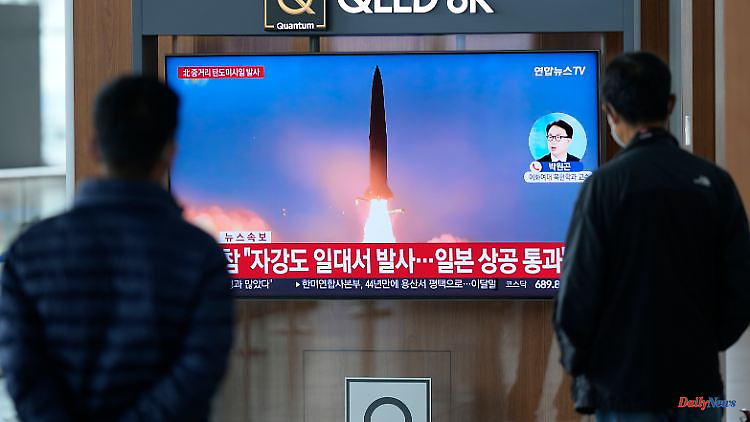 North Korea has launched a ballistic missile over Japan for the first time in five years. The United States strongly condemned the shooting down and discussed with South Korea and Japan "reasonable and tangible" answers. Concern is growing that North Korea could dare to test nuclear weapons in the near future.

The US has condemned North Korea's recent missile launch and has discussed a response with South Korea and Japan. White House National Security Advisor Jake Sullivan held two separate phone calls with his colleagues to discuss "appropriate and robust joint and international responses," said White House National Security Council spokeswoman Adrienne Watson. In doing so, Sullivan reiterated the "iron promises" made by the US to defend South Korea and Japan, the statement said.

According to Japanese sources, North Korea fired "a ballistic missile towards the east" on Tuesday morning (local time). The South Korean military confirmed the incident. The launch sparked a rare public missile alert that warned residents of the northern Japanese island of Hokaido and Aomori Prefecture on the northern tip of Japan's main island of Honshu to take shelter in their homes with warning messages, the Kyodo news agency reported. The Japanese Coast Guard later said the missile appeared to have crashed over the Pacific.

South Korean President Yoon Suk Yeol spoke of a "reckless" provocation and called for "appropriate measures" to be taken, as reported by Yonhap. Japan's Prime Minister Fumio Kishida called North Korea's missile test "outrageous". Cabinet chef Hirokazu Matsuno also spoke of an "immediate threat" to the region and the world community. EU Council President Charles Michel said the EU stood "in solidarity" behind Tokyo and Seoul. The shooting was an "unjustified aggression and a blatant violation of international law," Michel wrote on Twitter.

UN resolutions prohibit North Korea from testing ballistic missiles of any range, which, depending on the design, can also carry a nuclear warhead. Most recently, North Korea had tested two short-range ballistic missiles on Saturday - that was the fourth missile launch in a week. Now, however, a North Korean missile flew over Japanese territory for the first time in five years. South Korea and the United States fear that Pyongyang could test nuclear weapons for the first time since 2017.

Experts see North Korea's recent increased number of missile tests as a reaction to the recently held naval maneuvers by South Korean and US forces. The aircraft carrier USS Ronald Reagan also took part in the four-day naval exercises. It was the first deployment of a US aircraft carrier to South Korea in almost four years.

Washington and Seoul are close allies. Around 28,500 US soldiers are stationed in South Korea. Last week, the South Korean and US navies held a large-scale joint military exercise. On Friday, South Korea, Japan and the United States also started anti-submarine exercises for the first time in five years. 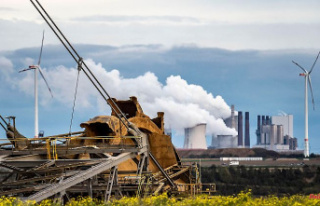