Money for passports: do German donations go to the Taliban? 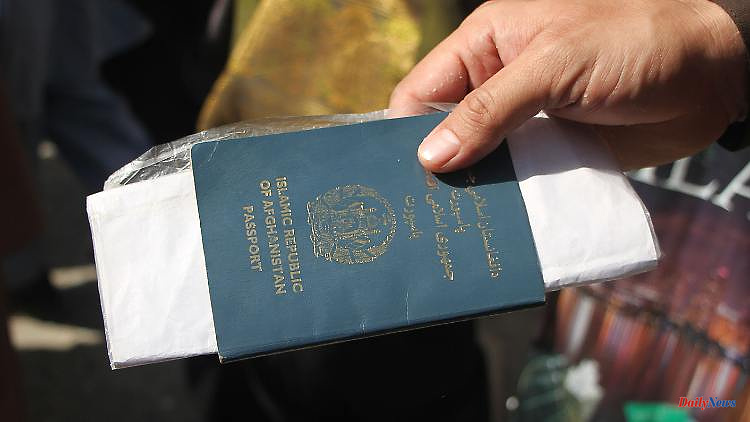 The aid organization Mission Lifeline is calling on social media to donate money to buy Afghan passports. Research has revealed that the donations appear to be going into the hands of a terrorist group.

This fate is also shared by some former local staff who have permission to leave the country but do not have the necessary passport documents. The aid organization Mission Lifeline is calling on social media to transfer money to a Paypal account to "Family A." to get out of Afghanistan.

On the corresponding Paypal page, Mission Lifeline board member Axel Steier writes that 800 euros would have to be raised for a pass. For the apparently seven-strong family, the donation goal is 5,600 euros. The problem: Passports cannot simply be bought from the competent authority, the Afghan Passport Department. You can apply for the documents, the process is lengthy, but relatively cheap: The official costs are around 55 dollars for a five-year passport and around 110 dollars for a ten-year passport. Currently, however, hardly any new passports are issued through the official procedure. Mission Lifeline is therefore planning to procure passports, presumably illegally, via so-called "commission cards". This refers to middlemen who get the passports for money. Steier told the "Welt" last year that a "passport and visa agency" was commissioned on site, which replaced the former local staff at the authority. But RTL/ntv research shows that it is more about corrupt structures and the black market. According to consistent sources, the price on the black market is between $500 and $2,000 per passport.

In Afghanistan, nothing now works without the knowledge and blessing of the Taliban. According to several local sources, after a large-scale wave of arrests of precisely that illegally operating "Commission-Kar" in December last year, this line of business is now controlled by members of the Haqqani network, which has controlled the Interior Ministry and thus also the passport authority since taking power. Even among Taliban supporters, Haqqani members are considered particularly cruel and unscrupulous. The FBI still has a $10 million bounty on the head of Sirajuddin Haqqani, the current Secretary of the Interior. The Taliban movement and thus also the Haqqani network is classified as an Islamist terrorist organization worldwide, including in Germany. And it is precisely this circumstance that could be Mission Lifeline's undoing: If German donations flow into the hands of the radical Islamists, this could possibly be direct financial support for a terrorist organization.

Mission Lifeline withholds information about the exact process: how the passport application process works, what the specific address of the "passport and visa agency" is, what exactly the costs are, how the difference between the targeted EUR 800 per passport and the actual one Costs of around 55 euros explain how the collected money gets to Afghanistan, how much donation money has already been used to buy passports, how many passports have actually been bought: the lawyer for the aid organization left all these questions unanswered. The lawyer for the organization also did not want to comment on the question of whether the passports issued corresponded to the biometric requirements applicable in this country. The question is relevant insofar as the submission of the biometric data requires an on-site visit to the authority. But according to Axel Steier, Mission Lifeline board member, that visit is not possible, which is why a passport and visa agency has to be involved.

In November, Steier thanked for donations of more than 60,000 euros for 99 passes. It remains unclear how the money was transferred to Afghanistan. According to a spokeswoman for the German Banking Association, transfers from a German bank to Afghan banks are not possible.

Another possibility would be transfers through providers of foreign transfers; but there are currently only between 200 and 300 dollars paid out per week and per person. Only two options remain: either cash is brought into the country - Mission Lifeline employees would have to fly regularly to Kabul for this - or the aid organization could resort to money transfers using so-called hawala banking, a trust-based system widespread in Muslim countries. With hawala banking, the money is paid out in the form of cash via a retailer in Germany to a partner selected by the retailer at the destination. As the system is prone to money laundering, it is banned in Germany. The processing of the money transfer in particular should therefore be of great interest to German investigative authorities.

It's not the first time that Mission Lifeline has attracted attention with negative headlines: Two years ago, Claus-Peter Reisch, who had carried out sea rescue missions for the aid organization as a captain for years, distanced himself from the NGO: Many things are now "too left-wing" for him. Mission Lifeline also criticized the search for passport forgers and the accusation of calling for sham marriages with refugees. 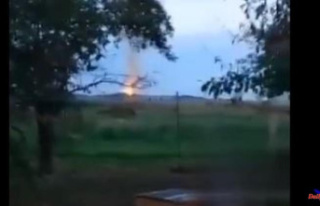