While Ukrainian President Zelenskyy is jubilant about the "powerful defense package" in the form of armored personnel carriers and an expansion of the Patriot system, Moscow sees a "moral limit" being crossed. 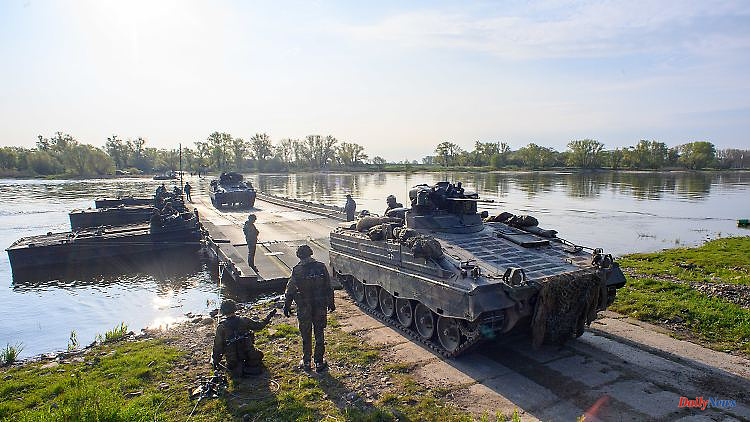 While Ukrainian President Zelenskyy is jubilant about the "powerful defense package" in the form of armored personnel carriers and an expansion of the Patriot system, Moscow sees a "moral limit" being crossed. The Russian embassy in Berlin recalls past crimes.

Russia has condemned Germany's decision to supply Ukraine with infantry fighting vehicles and a Patriot anti-aircraft system as a "step towards escalation of the conflict". With the provision of these heavy weapons, a "moral limit" is once again being crossed, the Russian embassy in Berlin said. She referred to Germany's historical responsibility for the crimes committed by the Nazis against Russians in World War II.

It emphasizes again that the deliveries of deadly and heavy weapons "represent the moral line that the federal government should not have crossed". The embassy accused Germany and the "collective West" of having no interest in "seeking a peaceful solution to the conflict." Berlin's decision to deliver heavy weapons will seriously affect German-Russian relations.

In Germany, meanwhile, there is already a discussion about further arms deliveries to Ukraine for the fight against the Russian attackers. Politicians from the Greens, FDP and Union are pushing for the much more powerful Leopard 2 battle tanks to also be sent into the war zone. However, the federal government has not yet made any plans to do so.

After a phone call on Thursday evening, Chancellor Olaf Scholz and US President Joe Biden declared that they wanted to deliver Western-style armored personnel carriers to Ukraine for the first time. The federal government wants to send around 40 "marders" by the end of March. The eight-week training course for Ukrainian soldiers on the armored vehicles, which are comparatively lightly armed, is to take place in Germany. According to government spokesman Steffen Hebestreit, the conversation between Scholz and Biden was not about the delivery of battle tanks.

Ukraine had been asking the Western Allies, and especially Germany, for months for battle tanks and infantry fighting vehicles. President Volodymyr Zelenskyj thanked Scholz and Biden on Friday night for the commitment that had now been made. "We will get another Patriot system and powerful armored vehicles, it's really a big victory for our state," he said in his video address. Ukrainian Ambassador Oleksii Makeiev tweeted black, red and gold hearts and the words "

The Ukrainian Deputy Foreign Minister Andriy Melnyk called on the federal government to quickly follow up. The decision to deliver the "Marder" should be the "first breach of taboo" in order to immediately equip the military with all weapon systems, the former Ukrainian ambassador in Berlin told the editorial network Germany (RND). "It's about all the immediately deliverable heavy weapons like main battle tanks, fighter planes, combat drones, warships, submarines, ballistic missiles." The scope of the deliveries was also "decisive for the war".

In the coalition, FDP politicians in particular campaigned for the delivery of battle tanks, but also the Greens European politician Anton Hofreiter. In the ARD he called on the federal government to start "a European initiative" for the delivery of "Leopard 2" tanks. The strategy must be that Ukraine is supported with everything it needs on the battlefield and that includes a lot more. The SPD foreign policy expert Ralf Stegner rejected such demands: "The intentions of the war criminal Putin can never be trusted. Nevertheless, a blanket no to 'ceasefire' without examination is just as questionable as the call for 'proper German battle tanks', hardly that allies have decided, infantry fighting vehicles in defense of Ukraine," he wrote on Twitter.

At the start of its closed conference, the CSU in the Bundestag called on the traffic light coalition to supply the Ukraine with battle tanks in addition to infantry fighting vehicles. "The second step must also come," said regional group leader Alexander Dobrindt. AfD boss Tino Chrupalla warned against this: "Germany threatens to finally become a war party - with unforeseeable consequences for our country and its citizens." 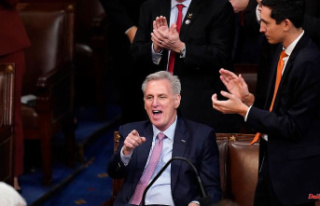