A Russian ammunition depot in Crimea goes up in flames. 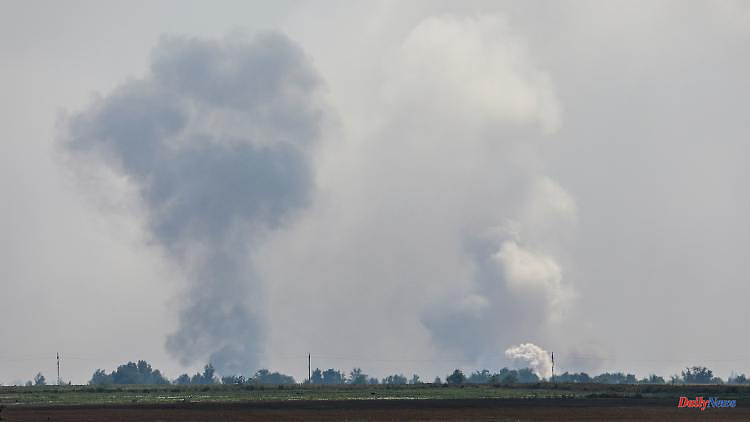 A Russian ammunition depot in Crimea goes up in flames. Moscow speaks of an act of sabotage. Now there are said to have been further explosions in the center of the annexed peninsula. Instead of an official comment, Kyiv mocks that it is a question of "demilitarization".

After explosions in a Russian military base in northern Crimea, there are indications of further detonations on the peninsula annexed by Moscow. The Russian newspaper "Kommersant" reported black clouds of smoke over a Russian air base in Gvardeyskoye in the central part of Crimea. The Eastern European news portal Nexta wrote on Twitter that explosions could be heard. The place Gwardejskoye is located near the city of Simferopol. The British "Guardian" also reported further explosions. The information is not officially confirmed.

According to the Defense Ministry in Moscow, the morning's explosion was due to an "act of sabotage". The ammunition depot, located in the north of the annexed peninsula, was damaged, as well as civilian infrastructure, including a high-voltage power line, a power plant, a railway line and several houses, the statement said. Who could be behind it, left the explanation open.

According to Russian information, a fire at around 5:15 a.m. (CEST) triggered the explosion in the temporary weapons store. According to Crimea Governor Sergey Aksyonov, two civilians were injured and residents of a neighboring village were evacuated.

The head of the Ukrainian presidential office, Andriy Yermak, described the explosion in the online service Telegram as an "operation 'demilitarization'" and praised it as a "masterstroke of the Ukrainian armed forces". These would continue their work until all Ukrainian territories were "completely liberated". He concluded with the sentence: "Crimea is Ukraine."

Adviser to the President of Ukraine Mykhailo Podoliak told Telegram that "in a normal country" Crimea represents sea, mountains, recreation and tourism. "But Russian-held Crimea means exploding ammunition depots and a high risk of death for the invaders and thieves."

According to Moscow, an ammunition depot exploded on the site of a Russian air force base in western Crimea just a week ago. According to the authorities, one person was killed and several injured. 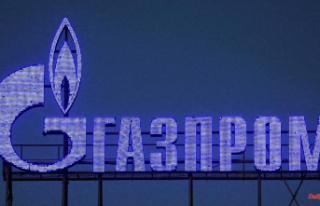