Motion of censure: a procedure that (almost) never succeeded under the Fifth Republic

In the National Assembly, the left-wing alliance wants "to put each and everyone face to face with their responsibilities", affirmed this Tuesday, July 5 to the press the president of the deputies LFI Mathilde Panot. 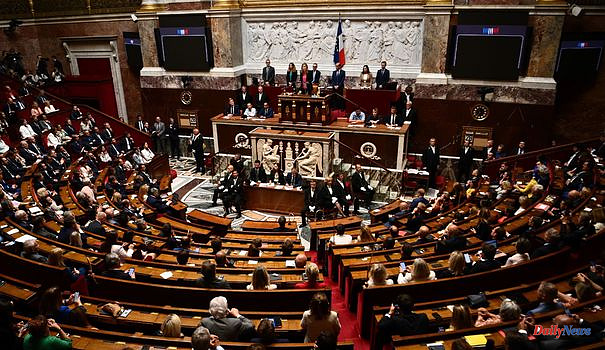 In the National Assembly, the left-wing alliance wants "to put each and everyone face to face with their responsibilities", affirmed this Tuesday, July 5 to the press the president of the deputies LFI Mathilde Panot. The Nupes announced the filing of a motion of censure Wednesday, July 6 at 2:30 p.m. against the government of Elisabeth Borne, just before its declaration of general policy. Its signatories present it as a "motion of no confidence" in the Prime Minister who did not plan to ask for a vote of confidence on Wednesday.

The four left-wing groups at the Palais-Bourbon - LFI, PCF, ecologist, PS - are associated with it, but some individual deputies may not co-sign it, such as the socialist Valérie Rabault who has distanced herself from the Nupes .

Such a motion must be signed by at least one tenth of the members of the National Assembly, ie 58 deputies. The Nupes alone has 151 deputies. Its vote can only take place forty-eight hours after its deposit, ie this time from Friday July 8 at the beginning of the afternoon at the earliest. To bring down the government, it would be necessary to gather an absolute majority, which seems unlikely for lack of a rallying of the oppositions. The RN group, which has 89 deputies, has not planned to vote for it. The same for the LR group and its 62 deputies.

In other words, this motion of censure should not be the second adopted in the history of the Fifth Republic. More than 100 motions of censure have been tabled since 1958, but only one was therefore adopted, in 1962, bringing down the government of Georges Pompidou. That year, the motion of censure of the opponents of the plan to elect the President of the Republic by universal suffrage was tabled by the centre, the socialists and the non-Gaullist right. It was adopted on Friday October 5 at 4:40 a.m. by 280 MPs out of 480.

On October 6, Georges Pompidou hands over the resignation of his government to General de Gaulle who asks him to remain in office temporarily and then dissolves the National Assembly. The "yes" to the presidential election by universal suffrage largely won in a referendum on October 28 and the Gaullists won the legislative elections a month later. Georges Pompidou was then confirmed in his post by the President of the Republic.

A motion can be tabled spontaneously by the deputies to censure the policy of a government (art 49-2), like Wednesday and as was therefore the case, successfully, on the night of October 4 to 5, 1962, or unsuccessfully on numerous other occasions. It can also be used in response to the government's commitment to responsibility for a text (art 49.3), as was the case the last time, in February 2020, by Prime Minister Edouard Philippe on the project to reform retreats. No motion of censure tabled after the use of article 49.3 has been adopted since the birth of the Fifth Republic in 1958.

Two motions of censure can also be tabled simultaneously, as in 2020 by the right and the left on pensions, or in the summer of 2018 during the Benalla affair. In 1979 and 1980, socialists and communists had tabled several parallel motions against the government of Raymond Barre, targeting the draft budgets. The votes are in this case separate, which implies that a deputy can theoretically bring his vote to two motions.

1 Heat wave: Pets also need protection on hot days:... 2 After expert opinions on cases of abuse in the Archdiocese... 3 Forced closures at the "Ballermann" - tough... 4 Types of passengers, part 1: These are the worst seatmates... 5 Reshuffle: five things to remember about the new Borne... 6 A cruise in the Adriatic - beyond Venice and Dubrovnik 7 Climate: towards a record year for fires in Europe? 8 When dogs bully bathers on the beach 9 In the "Heute journal": "That hurts":... 10 Fires in Gironde: the fires "still not fixed",... 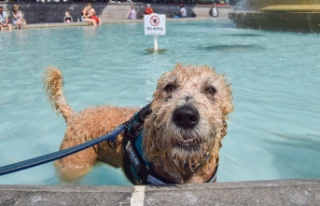