Mourning for Christian Ströbele: The one who stayed true to himself is gone

RAF defender, Greens co-founder, fighter for civil rights, cyclist - about Christian Ströbele, who never acted out of calculation but out of conviction and without regard to losses. 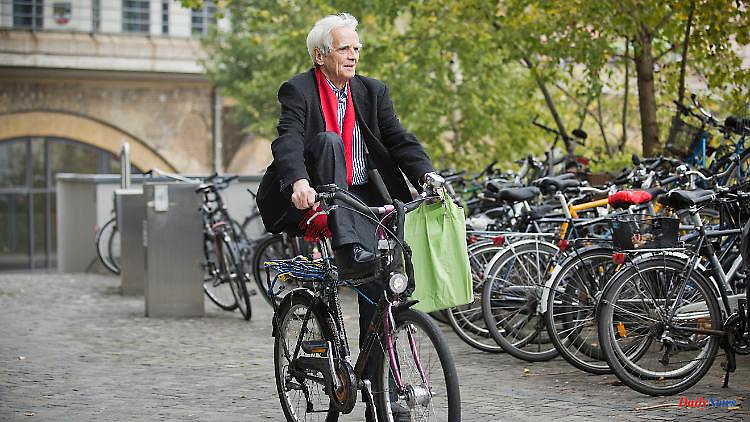 RAF defender, Greens co-founder, fighter for civil rights, cyclist - about Christian Ströbele, who never acted out of calculation but out of conviction and without regard to losses.

"Ströbele's bicycle stolen from the Reichstag" is the headline that caused a real scandal during Hans-Christian Ströbele's era as a member of the Bundestag for the Greens. That was in April 2005, and the media, from the Berlin tabloid to Deutsche Welle, reported on this unbelievable impudence: From what is probably the best-guarded pavement in Germany, under the eyes of the state police, federal police, LKA and BKA, an unknown person took the parked at the Reichstag The Kettler aluminum bike of the Green Party co-founder from Kreuzberg was stolen.

This vehicle, with which Ströbele drove back and forth between home, office and the Reichstag, with which he moved around his constituency, took part in demonstrations and posed with him in countless photos - it was just as indispensable to his appearance as the red scarf . The theft - such an outrageous process that the Greens decided to use his prominence as a politician for a personal purpose: on his homepage he asked for "relevant information" that he needed the bike "in order to be able to exercise my mandate properly". Special features: self-sewn brown saddle cover, horn on the handlebars, "First Voice Ströbele" sticker.

It took four days for the bike to return. A Berlin bicycle shop had distributed flyers with a description of the search among couriers. At a flea market on Sunday, they found what they were looking for. Ströbele praised the finders and the luck he had had, not yet suspecting that the story would open up a surprising flank for the Green politician, who had advocated civil rights so loudly for decades: Ströbele had asked the Reichstag police officers whether they might have recorded the bicycle theft with one of the surveillance cameras installed there.

They hadn't, but Ströbele's willingness to fall back on state monitoring mechanisms in the extreme emergency of losing a bicycle somehow got to the ears of the Union's chancellor candidate at the time. 2005, mind you, a few weeks before the general election. It must have been a celebration for Angela Merkel to include the anecdote in her election campaign. She used them so thoroughly that 12 years later Ströbele complained in an interview with Deutschlandfunk, "according to the motto, you can see what the Greens are like, according to the motto, if it concerns your own bike, then you use them too video surveillance". Since he is fully confessed.

And admitting this one inconsistency for his own benefit was something Hans-Christian Ströbele could easily afford. After all, it was an incredible straightforwardness and the refusal to act against his convictions that earned the Greens the respect of political friends and opponents alike from the very beginning. Which didn't mean that people didn't groan very loudly when the fundamentalist, especially in the times of the red-green coalition at the turn of the millennium, staggered into the debate again.

Ströbele did this regardless of the loss, even if it meant losing government power. When the Bundestag decided in 2001 on the application by the Red-Green Party to participate militarily in the mission in Afghanistan (for years nobody had even mentioned the word "war"), Ströbele voted against it. Fully aware that the majority for the mandate would be so narrow that each dissenting vote could be one too many, breaking the coalition's neck. Two years earlier he had tried in vain to prevent the Bundeswehr's deployment in Kosovo - the first foreign mandate for the troops since the end of the Second World War.

"Elect Ströbele, torment Fischer" - this is how the anti-attitude towards Joschka Fischer's course as foreign minister could be summed up. It made sense to print the slogan right away on the election poster. The fact that Christian Ströbele conquered his Berlin constituency four times and - for a long time as the only Green in Germany - sat with a direct mandate in the German Bundestag showed that despite all the groaning of the pragmatic Green "Realos", the uncompromising "Fundi" attitude still had a correspondence among the electorate would have.

The often massive headwind from his own party did not challenge Ströbele. He had already experienced something different: Coming from a middle-class family, he got involved as a law student in the protests of the 1968s. As an RAF lawyer, he defended the leadership of the terrorist group, Andreas Baader, Ulrike Meinhof and Gudrun Ensslin, in the Stammheim trials of the 1970s. The fact that he called the terrorists "comrades" cost him his membership in the SPD.

The court accused him of abuse of the mandate and excluded him from the process. Ströbele himself was in custody for three weeks, and later he was sentenced to ten months in prison on probation for "supporting a criminal organization".

At the end of the 1970s, he used his legal experience to help found the left-leaning daily newspaper "Taz" and also to co-found the Greens. In both roles, he repeatedly faced confrontation with himself and others, and in the mid-1980s he moved up to the Bundestag thanks to the party's rotation rule, which was still in force at the time. In 2002 he got his direct mandate for the first time and from then on and for the next 15 years he convinced the voters with the unconditional willingness to stand up for everything that convinced him.

From the withdrawal of troops from Afghanistan, to the restriction of the powers of the Federal Intelligence Service, protection for the whistleblower Edward Snowden, whom he himself visited in Moscow, to the release of hemp or the protest camp at Kottbusser Tor for affordable rents - Hans-Christian Ströbele brought everything his voice and also gave weight to unwieldy and unpopular subjects. Consequently, he became a member of the committees of inquiry into the NSU and NSA.

"As a passionate and approachable parliamentarian, he showed people that sincere and straightforward politics is possible," wrote the party and parliamentary group leadership of the Greens today about Hans-Christian Ströbele. "Often he wrestled with us and we with him, and yet it was always clear where he belonged." In 2017, already marked by a serious illness, Ströbele did not contest the federal elections again. He died at home in Berlin on Tuesday.

The German Historical Museum contacted him years ago. If at some point he no longer needs it - then they would like to have his bike. 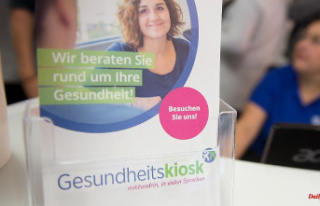 Supply for hot spots: Lauterbach is planning a thousand...