Actually, this Sunday should be the big day of the Russian Navy: But in Sevastopol in the illegally annexed Crimea, the mood for celebration is gone. 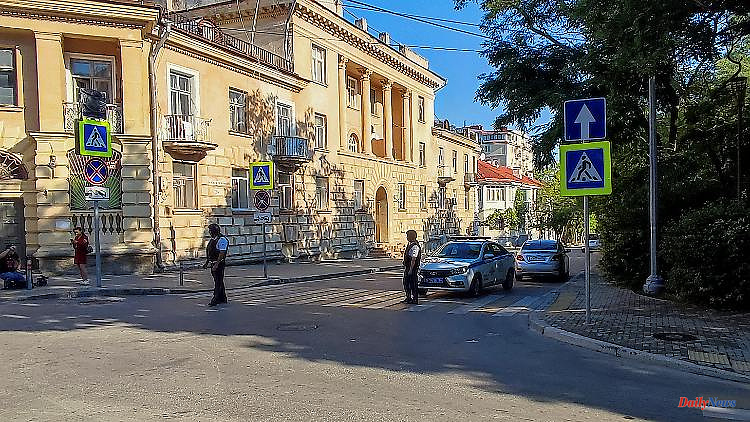 Actually, this Sunday should be the big day of the Russian Navy: But in Sevastopol in the illegally annexed Crimea, the mood for celebration is gone. Several people are injured in a drone attack on the Black Sea Fleet headquarters. Ukraine denies being behind the attack.

According to Russian reports, the headquarters of the Black Sea Fleet was attacked with a drone in the city of Sevastopol on the Crimean peninsula. Five people were injured, said the governor of Sevastopol, Mikhail Rasvozhayev, in his blog on the Telegram news channel. Six were later injured.

"Early this morning, Ukrainian nationalists decided to spoil our Navy Day," Rasvozhayev wrote. The drone had hit a courtyard in the headquarters. Celebrations of the day observed in many regions of Russia have been canceled for Sevastopol. Russia illegally annexed Crimea, which belongs to Ukraine, in 2014.

According to preliminary information, the object of the attack was a drone, Rasvoschajew said. The injured are staff members of the Russian Black Sea Fleet. There are no dead. "I ask that you remain calm and stay at home if possible," Rasvozhayev wrote. The domestic secret service FSB is working on the clarification of the case. It is the first time since the war against Ukraine began on February 24 that the Russian authorities have reported such an attack on their forces.

Ukraine denies attacking the Russian Black Sea Fleet General Staff in Sevastopol. The Russian allegations are "a deliberate provocation," said a spokesman for the Odessa regional administration in a video published on Telegram. "The liberation of occupied Ukrainian Crimea will be done in a different, much more effective way."

Russian President Vladimir Putin inspects a parade with warships, aircraft and thousands of soldiers on "Navy Day" this Sunday in Saint Petersburg. The Kremlin chief also used the traditional event as a demonstration of power a good five months after the start of the Russian war of aggression in Ukraine. Parades honoring the naval forces and their various fleets are planned in several regions of Russia.

40 warships, including submarines, are to take part. According to the Kremlin, Russia is also planning a naval parade in the port of the Syrian city of Tartus in the Mediterranean. Russia is in the war in Syria on the side of Syrian dictator Bashar al-Assad.

1 Major offensive from a new owner: This is how Chelsea... 2 'Scary': Colin Farrell battled underwater... 3 North Rhine-Westphalia: Kölner Haie sign defender... 4 Bavaria: motorcyclist falls down an embankment and... 5 Thuringia: Interior Minister Maier fears less solidarity... 6 Saxony: The situation at the fire in Saxon Switzerland... 7 Saxony-Anhalt: SUV crashes through guardrail: 2.4... 8 Bavaria: Young people break into a department store:... 9 Baden-Württemberg: After the death of a 14-year-old,... 10 Germany have a new dream duo in the sand 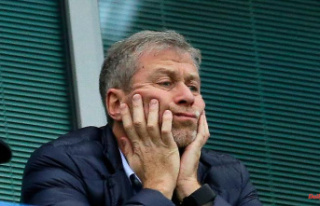 Major offensive from a new owner: This is how Chelsea...