Neighbors close airspace: Lavrov has to cancel a trip to Serbia

Russia's Foreign Minister Lavrov wants to meet the Serbian President and the Patriarch of the Serbian Orthodox Church in Belgrade. 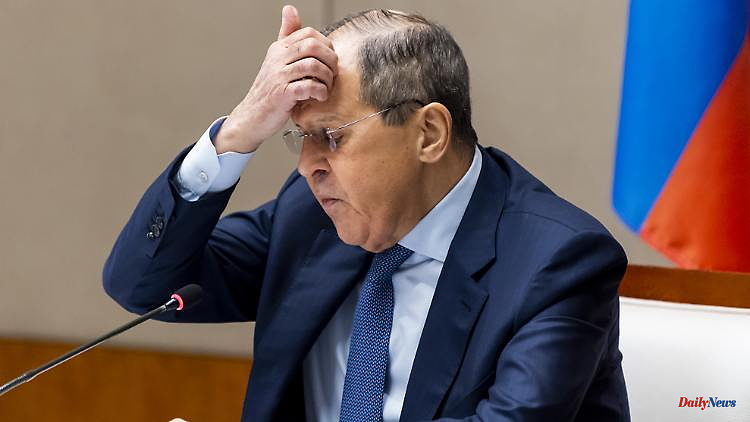 Russia's Foreign Minister Lavrov wants to meet the Serbian President and the Patriarch of the Serbian Orthodox Church in Belgrade. But just before the start, the trip bursts: Serbia's neighboring countries refuse the overflight. A senior politician calls for an "extremely harsh" response.

The planned visit of Russian Foreign Minister Sergei Lavrov to Belgrade has fallen through. Serbia's neighboring countries have refused "to allow Sergei Lavrov's plane, which wanted to fly to Serbia, to fly over it," said foreign ministry spokeswoman Maria Zakharova, according to Russian news agencies.

"The Russian delegation was due to arrive in Belgrade for talks. But EU and NATO member countries have closed their airspace," she added. According to the Serbian daily "Vecernje Novosti", Serbia's neighbors Bulgaria, North Macedonia and Montenegro refused the plane of the Russian foreign minister an overflight. The EU imposed sanctions on Lavrov and Kremlin chief Vladimir Putin the day after Russia's invasion of Ukraine.

Deputy Speaker of the Russian House of Lords Konstantin Kosachev condemned the closure of airspace to Lavrov's plane as a move "against Russia as a state and Serbia as a state". He hopes for a joint and "extremely tough" reaction, which will not only be reflected in the form of diplomatic protests, but also in "concrete measures," Kosatchev wrote in the online service Telegram.

Serbia has condemned the Russian military action against Ukraine, but at the same time Belgrade does not want to break with its ally and refuses to join the EU sanctions against Russia. Serbia recently extended a gas supply contract from Russia by three years.

1 EU candidate relies on rapprochement: Serbian coziness... 2 Played with unsecured gun: Two-year-old shoots his... 3 In just 25 days: Chemnitz wants to swim along the... 4 Entry and surveillance: Venice wants to be more than... 5 Legislative 2022. Francois Bayrou will be supporting... 6 Ukraine war. France will buy oil from the Emirates... 7 SPD and Greens are in favor: FDP parliamentary group... 8 Rare attack from above: Ukraine reports its own air... 9 Mickelson plays new series: Golf superstar also wants... 10 "Planned and not impulsive": Up to 100 dead... 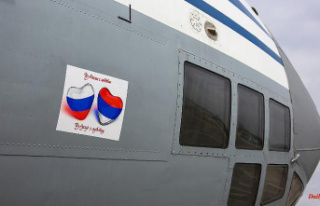