With the end of the Cold War, the military-civilian cooperation that had been tried and tested for years receded into the background. 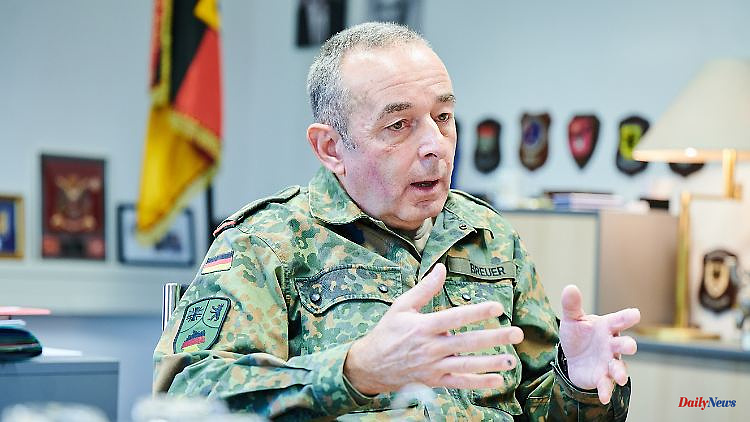 With the end of the Cold War, the military-civilian cooperation that had been tried and tested for years receded into the background. But the situation changed with the Russian war against Ukraine. To protect against attempts to destabilize the country, there is now a new command of the Bundeswehr.

In response to the changed security situation after the Russian attack in Ukraine, the Ministry of Defense has decided to pool the leadership of the domestic armed forces in a new command. The central command post of the Territorial Command in Berlin's Julius-Leber barracks will be put into service by Chancellor Olaf Scholz and Defense Minister Christine Lambrecht in Berlin today. The commander of the new domestic command of the Bundeswehr will be Carsten Breuer, who has already headed the Corona crisis team in the Chancellery under Scholz. The Bundeswehr still has the Operations Command in Schwielowsee near Potsdam for the management of missions abroad.

Breuer wants to quickly improve the ability to react to targeted destabilization. A "hybrid influence on Germany's security architecture, i.e. this situation in which you have to say that it's not quite peace anymore, but it's not quite war yet" is the "worst case" for the command, said the lieutenant general.

The Ministry of Defense describes it as hybrid warfare when opposing powers rely on a combination of classic military operations, economic pressure, hacker attacks on the infrastructure and even propaganda in the media and social networks. There is instability that needs to be addressed. "To master this, in the entire range, that is the core of this command," said the 57-year-old.

The new Territorial Command has the "operational command of the forces" - including the army, air force, navy, medical service and cyber/information space - in homeland security. This also includes administrative and disaster relief, hybrid threat situations, civil-military cooperation and the coordination of the deployment of allied forces in Germany or the transfer via Germany. Around 550 soldiers and 250 civilians take on the task and are on duty around the clock in an operations center.

"The command's operations center will be in operation 24 hours a day, seven days a week. It evaluates open sources, but also evaluates information classified as military and brings it all together in a territorial situation picture," says the general. The situation picture shows where action needs to be taken and provides the framework for further planning. "The value of this command is uninterrupted, robust command and control capability across the entire spectrum of intensities - from peacetime, through subsidiary assistance operations of the armed forces, through tension and defense to war."

In Germany, but also in other European countries, some well-established procedures and practices for crises and defense were no longer practiced or were even dismantled during the years of detente. Examples in Germany are the lack of sirens and alarm systems, the sale of state bunkers and the abandonment of depots.

"Many things that used to be regulated in the coordination between the federal and state governments for the case of defense have fallen into oblivion from the end of the Cold War through the 1990s to the present day," said the general. He calls civil-military cooperation "two-way", supporting the civilian population, but also like civil defence, supporting national military defence. "Just getting old plans out of the drawer and dusting them off would fall far short of the mark, especially against the background of hybrid influence. We have to counter hybrid influence with precisely those means and methods that make a state and a society resilient," said Breuer .

The new command should also "provide the shell for a national crisis team," said Breuer. The military therefore has personnel and technology ready so that the federal government can gather decision-makers and experts around one table more quickly in the future. 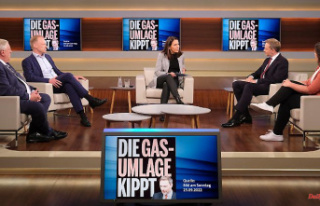